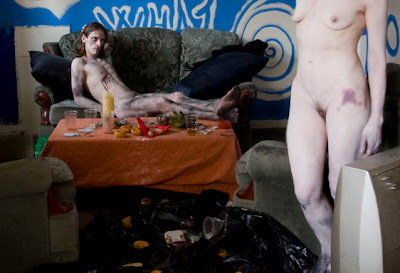 I was just reading the blog of a British model whose work I admire. Like a number of other well known UK art models who have recently announced their 'retirement' from the world of modelling - I would not dare use the term top internet models, lest someone takes offense, but I am digressing - she is a little tired of the drudgery and feels it is time to do other things, even though she will continue to model 'selectively'.
I left a comment on her blog post, then I realised I wanted to say more. A lot of it is simply my personal reflections on my own modelling and I dont expect anyone to share these opinions.
I dont believe that modelling is a career that really lasts a longtime. Let me rephrase that.  It CAN last but you will find that many models start very young, do some years of modelling - and some of them do very well financially, then do something else for a while, then return to it, then leave again, in other words  they will continue to model spasmodically and maybe act and do other things altogether. Although there are now several mature models - I love the label - and the demand for them is increasing for commercial work, they do not model full time even though they may be with top agencies. I was recently photographed by Suzy Conway, a model with a very well known agency who has now also taken up photography and alternates photography with modelling. There is not enough modelling to do, she told me. 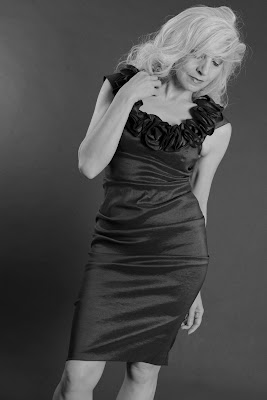 Photographer: Suzy Conway
In the world of internet modelling there is a lot of work but much of this work, whereas it pays, is not particularly interesting and is age bound. Just today I was looking at a casting for a model 18-30 put out by a semi-professional photographer who is making an unspecified film and wants shots of women who can demonstrate real arousal, willing to be photographed before and after, adult level. All presented as if it were a scientific proposition ( I have nothing against adult work but I much prefer it when people say so upfront, rather than pretending it is an 'anatomical' study).  Even if I were in the right age group and even if paid generously - which in this case is less than  £100 for the job, so not generous in the least -  I doubt it very much I would want to do it, the pictures will not have any aesthetic value and to me that is important. 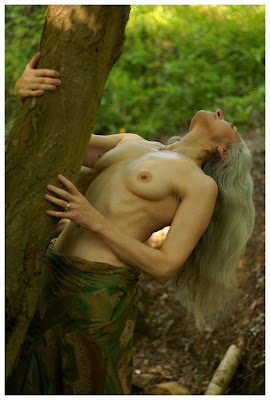 Photographer: Andy
Art nude is not lucrative. It is often sustained entirely by the enthusiasm of both photographers and models, the desire to make some good images, the desire to experiment  and perhaps in the background there might be the possibility of an exhibition or  a book, often self published. So as an art nude model I dont expect to be making a proper  living out of it. What I expect is quality images. Because art nude is not glamour the age of the model is not so important, it all depends on the look , the ability, the general concept of the photograph. A model with character is often preferable to a 'perfect' model.  It is all quite open ended. 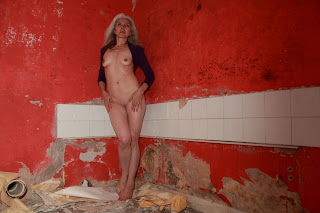 Photographer: Michael Culhane
So to my online model friend who is contemplating on cutting down on shoots I would say that maybe it is the right thing to do.  It will give her the chance to choose wisely.
The advent of digital cameras and the efflorescence of degree courses in photography has also meant that there is a young  generation of photographers, well trained and hungry for work. They are the ones that want to try new concepts and ideas and could benefit from the input of an experienced model. I have worked with some of them and have enjoyed it.
Sometimes all you need is to think about something in a different way and then you find that the opportunities present themselves!

(All photos modelled by Alex B.)
Alex b