Older brides and the dresses they wear 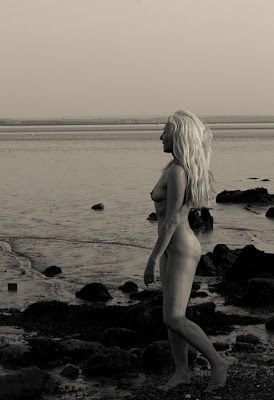 I am more or less officially entering the summer vacation period which anyone involved in education relishes as one the perks of the job. A time which for me will be spent doing more writing, more modelling and more dancing, as I now fancy creating a longer piece for my next assessment, the solo foray left me hungry for more - just to remind you, I teach but I am also a student, as I am retraining.
Over the past fortnight two things happened which marked a major change. First, I am now officially with a well established model agency, one that ModelBitch would recommend - not left the other one, this is in addition to. I am in the classic (i.e.older) division. I want to do more commercial/editorial/fashion shoots and the best way to get those jobs is through an agency, the internet castings are simply not good enough, financially, and quality wise. The internet castings, at least in the UK, are very good for glamour and art nude, though, and of course, the 'other' jobs, which I DON'T do. 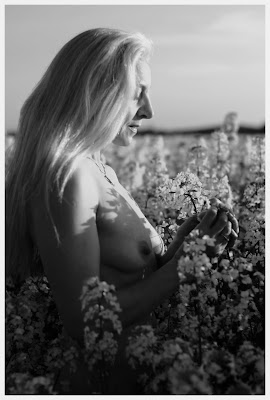 The other thing is that I have been able to finalise a shoot for bridal wear which I will do early next week with photographer David J. Green - his pictures of me ended up in the Observer last year and we have a fabulous location to shoot at. I went for a fitting yesterday and took three outfits for the shoot, a traditional gown, in pure white silk, with a train, and two less traditional garments. The designer, Lucy Tamman, a graduate of St Martin's, was interested in having an older bride in her catalogue. These days people get married more than once, the second marriage is often in their forties or even in their fifties. What can an older bride wear? What would I wear if I were to marry now? Note that I fully accept the label older bride. 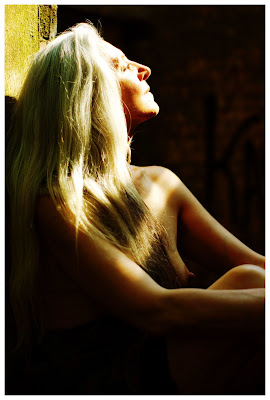 It is a good question. When I got married in 1984 I wore jeans, so did my now ex-husband. We only had two witnesses and noone knew we were getting married. We went to the registry office and then back to the flat we were sharing and had champagne with the witnesses, who were close friends.

If I were to marry again now I'd like to wear something glamorous, that shows off my best features and to celebrate the fact I am a bride, making a commitment. Would I go for a traditional wedding dress with a train? Possibly not. The dress worn by The Duchess of Cambridge on her wedding on 29th April is too 'young' for someone my age. I know that other people feel that it is not OK to tell someone that they can no longer express their inner selves because they turn 50, 60 or 70 or 80, so by that token if I wanted to wear a dress with a five metre train and a veil, I certainly could. But would I not make myself a

What if I felt that my inner self was a child of five? Parading in ringlets tied with pink ribbons might not do me any good. 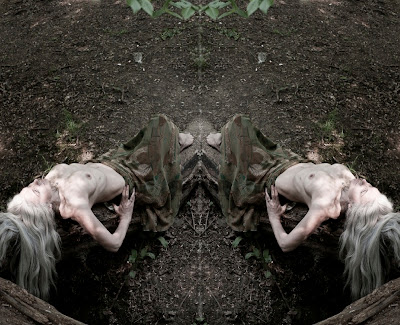 There is something called good taste and yes, ageing gracefully is part of it. What does ageing gracefully mean? simply that it is all right to claim you have the right to do anything you want, but there IS a difference between being 20 and 50. Acknowledging that is a strength not a weakness.

I will be photographed in the traditional wedding gown and will post the photo here but I will perfectly understand if Lucy decides that it is not right for her catalogue. I am grateful to her for letting me have a go.

Email ThisBlogThis!Share to TwitterShare to FacebookShare to Pinterest
Labels: Alex b