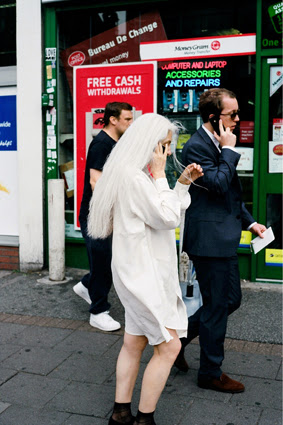 A friend posted today on FB a warning advising models  to be careful and be safe when arranging photo shoots through model/photographer sites, with a link to some news about one of such sites, found to be linked to a case of rape and human trafficking.
I had heard about the dark side of this particular site from an American model and blogger, Unbearable Lightness. However, it is also true that this site has members who are very genuine people. I have certainly met some of my best collaborators through this site. Once I was approached by someone who sounded suspicious and reported his message to the site moderators. The matter ended with him being removed.
It is very important to remember that wolves in sheep clothing abound and models, especially younger ones, are most vulnerable. Site owners should be screening would be members but let's not forget that people who are up to mischief will be careful and will present a flawless profile. They will clearly not declare their true intentions, certainly not publicly, until much later, when they have the opportunity to pounce on the unfortunate young woman who has approached them and who has disregarded basic safety precautions. 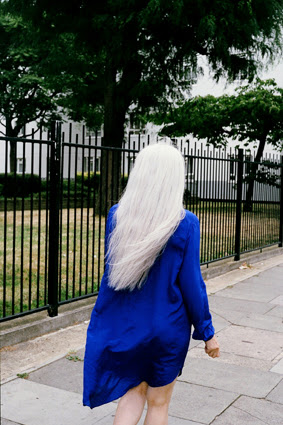 Therefore it is all of such sites that should be treated with caution - always check who you are meeting and make sure other people know where you are when you go for a shoot.
Model Roswell Ivory has recently posted on her blog about a photographer she outed in 2011 and whom the police is currently considering prosecuting - yes, it takes that long. She has been brave and courageous, going public about this and taking the initiative to speak in a public forum, to help other models.
I have to admit that I did work with that photographer and though I was not over the moon about the images, my experience was not particularly negative. I am saying this because people behave differently and they may attack those whom they perceive to be  vulnerable and be perfectly normal and pleasant with those whom they know would fight them back or they have no interest in. He clearly made a mistake with Ros, totally underestimating her.
In the fashion world today everyone is aware of the allegations made about photographer Terry Richardson, regarded by many as a pornographer and an abusive man. Model Alliance has bravely taken it upon themselves to out him, collecting testimonies from models that have been the target of his predatorial behaviour. Richardson is one of the highest paid fashion photographers in the world and is the one who directed Miley Cyrus recent video 'Wrecking Ball'


Which brings me to the point I have made again and again. Models in Britain, whether you are agency represented or freelance please consider joining Equity Models Network. If you have problems and concerns please contact the Network. Founded by models and for models, and linked to Equity, the union of performers, the network is there to protect your interests and help you no matter what the issue might be. American models may find the Model Alliance of help.
Find us on Facebook
(All photos modelled by me. The photographer has absolutely nothing to do with the topic of the post but she is someone I came in contact with through the model/photographers site I mentioned. The shoot was for Sager Forsberg's look book)
Alex b Equity Models Network Miley Cyrus model/photographers sites Terry Richardson Wrecking Ball