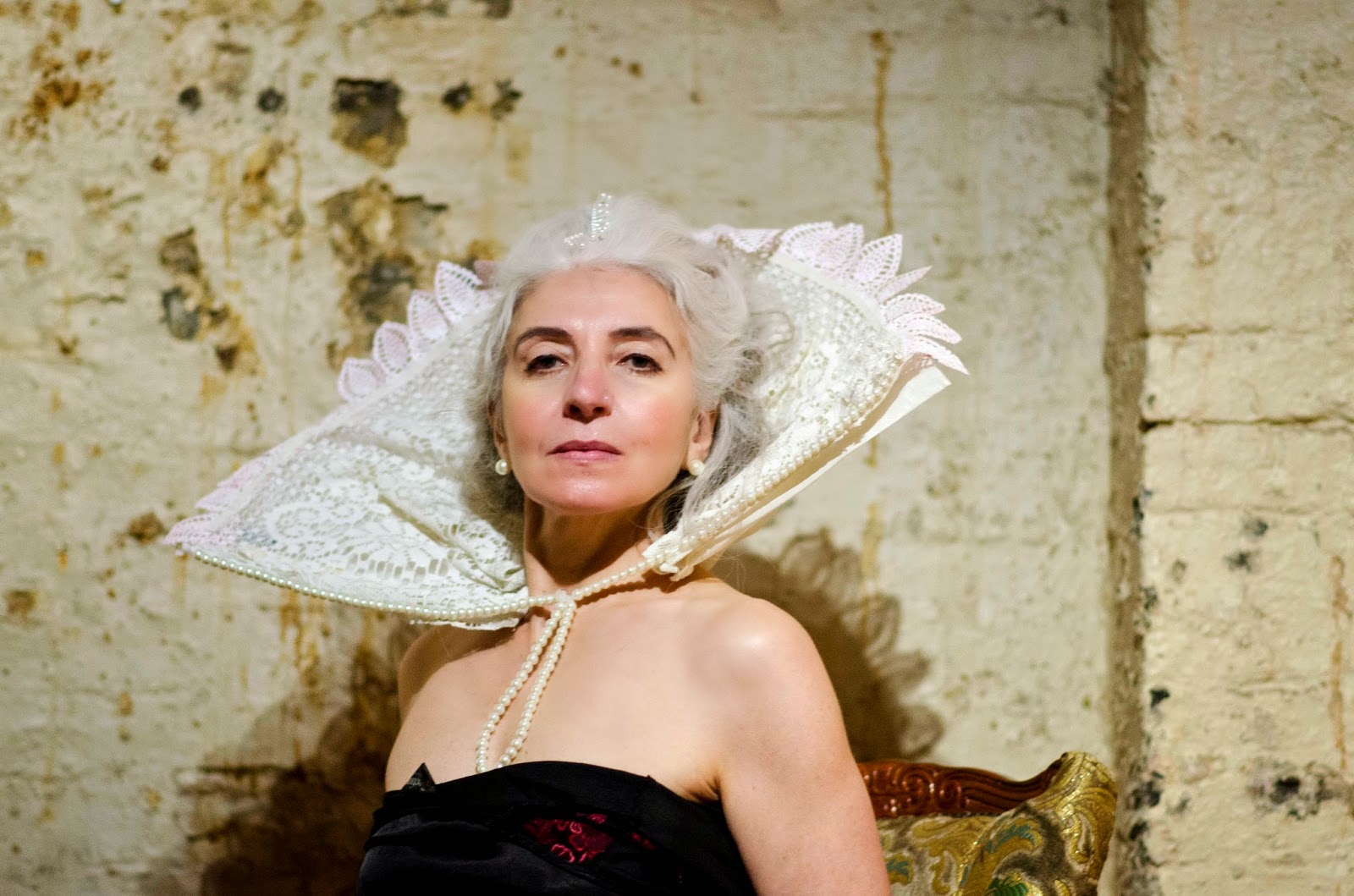 Me as Queen Anne. Photographer: David Ho for Art Macabre

Somerset House is a very grand neoclassical building originally built in Tudor times, located in the Strand, next to King’s College, with parts of the House used by the College during term time - lucky King's students, being tutored in such beautiful surroundings! Managed by the Somerset House Trust, it is currently the home of the Courtauld Art Gallery and the Courtauld Institute of Art, both of international renown, with an impressive collection of Impressionist masterpieces.
Twice a year Somerset House hosts a major event which attracts international press and media coverage and the attendance of several celebrities: London Fashion Week.
During the two bi-annual Fashion Weeks, Somerset House turns into a stage for extravagant catwalk shows, business meetings and cocktail parties where some of the most stunning creations by established British designers, as also by upcoming talent, can be seen.  It is a celebration of the female body as wearer of clothes, which is what fashion is about (or should be) - I know there are also shows with male models, but fashion is, by and large, still inflected in the feminine. 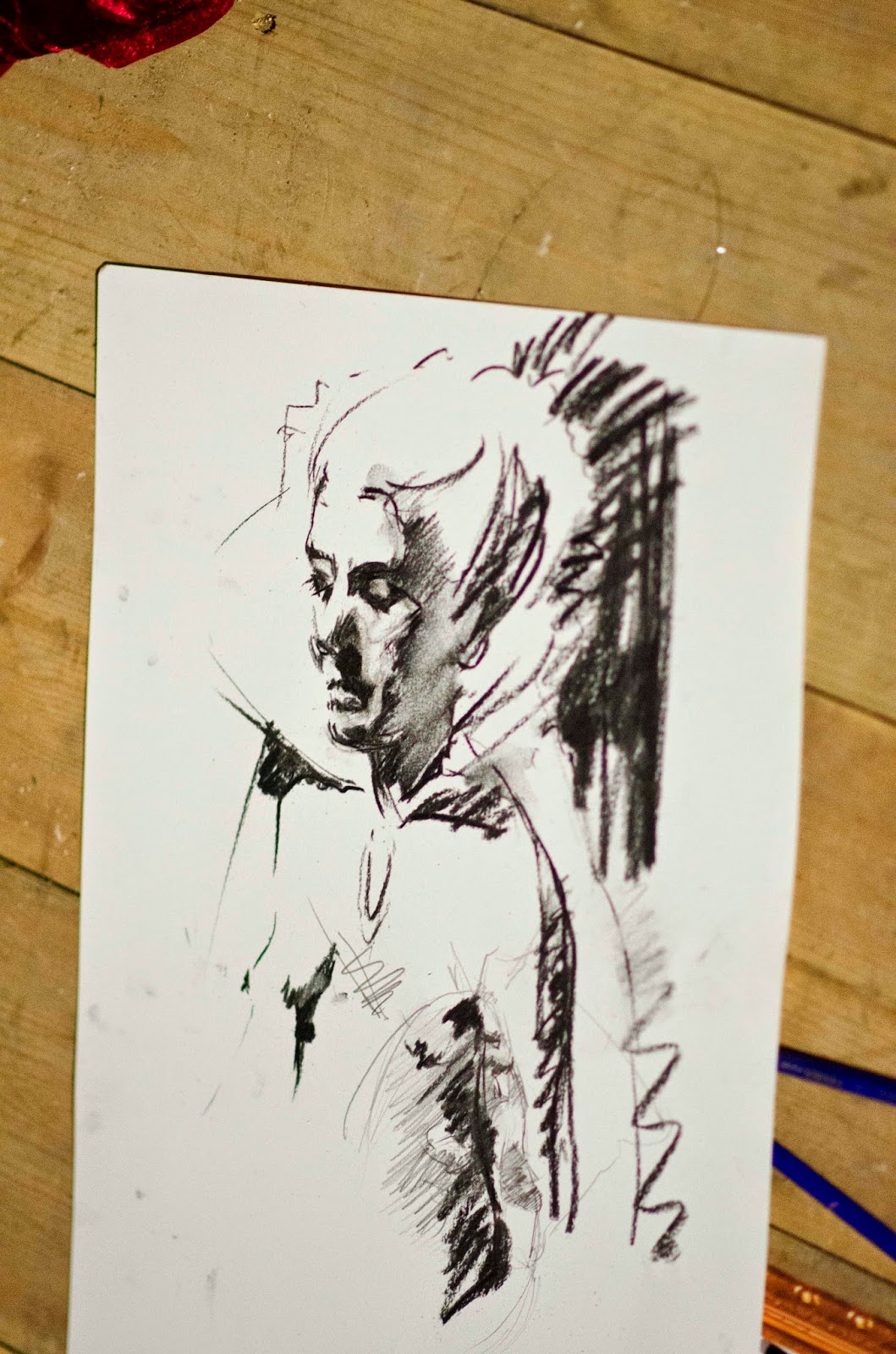 A drawing made at the art Macabre event. Photo: David Ho


This is a serendipitously fitting development in the history of Somerset House.  Back in the 17th century, Somerset House was known as Denmark House and was the residence of the Danish born Queen Anne of Denmark, the Queen Consort of King James VI.
Queen Anne was known for the lavish masques, performances  with dance and music, that she hosted at Denmark House, in which she performed herself, sometimes in costumes that would cause some talk, as when she wore too short a tunic, for example. On another occasion the Venice Ambassador wrote that she was naked 'to the pit of her stomach' and even more scandalously, she took the role of Queen of Sheba, also semi-naked,  in the Masque of Blackness, in which she and her ladies-in-waiting had blackened faces as to look like African women. No, political correctness obviously did not exist in the 17th century. 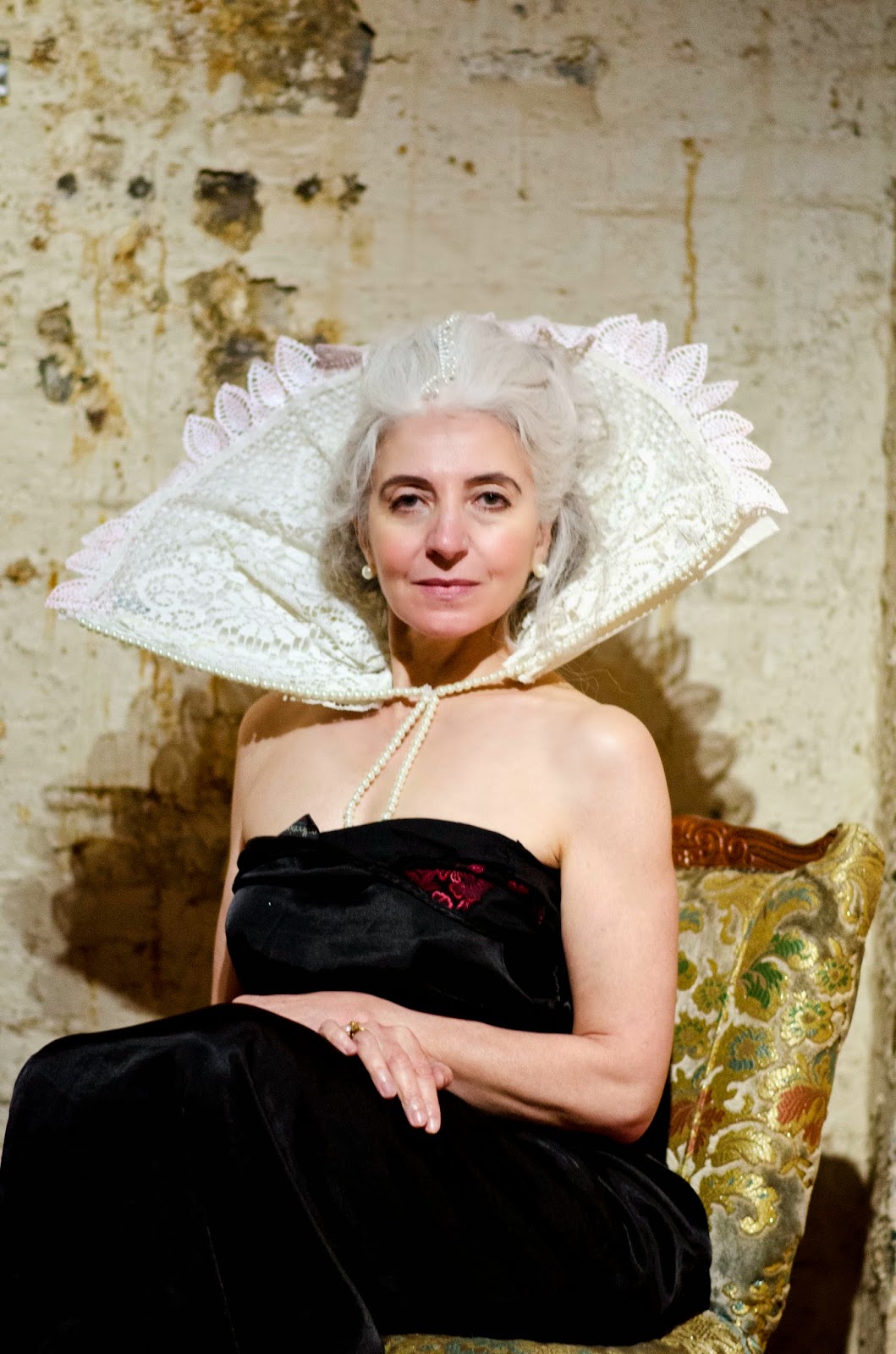 I had the opportunity of playing the role of Queen Anne at a life modelling event at Somerset House put on by Art Macabre. I was mostly nude, as one is for life modelling, but I wore an elaborate collar and my hair was coiffed in the style of Queen Anne - I have loads of hair, so it was not too difficult to raise it high without extensions.
As I read a little about Queen Anne, whom historians have not written about kindly, regarding her as a very frivolous woman - how wrong, as she was a patron of the arts and responsible for putting on performances by women at a time when women were not allowed to be on stage - I could not help thinking that if she were to come back today and witness one of the Fashion Week shows she'd probably be more than delighted. Who knows, she might want to model herself, as she loved being on stage!
I don't know whether the fact that Somerset House had staged some of the best known Jacobean masques had any bearing on it becoming the home to Fashion Week - probably not -  but somehow I could not help connecting the two.
Maybe at the next Fashion Week we will see the revival of a masque? or a revival of 17th century dress?


MORE ABOUT LIFE MODELLING:
I have written a post for the HuffPost following a series of articles and TV programmes about older life models. You can access it here
Alex b Art Macabre art modelling London Fashion Week masque Queen Anne of Denmark Somerset House