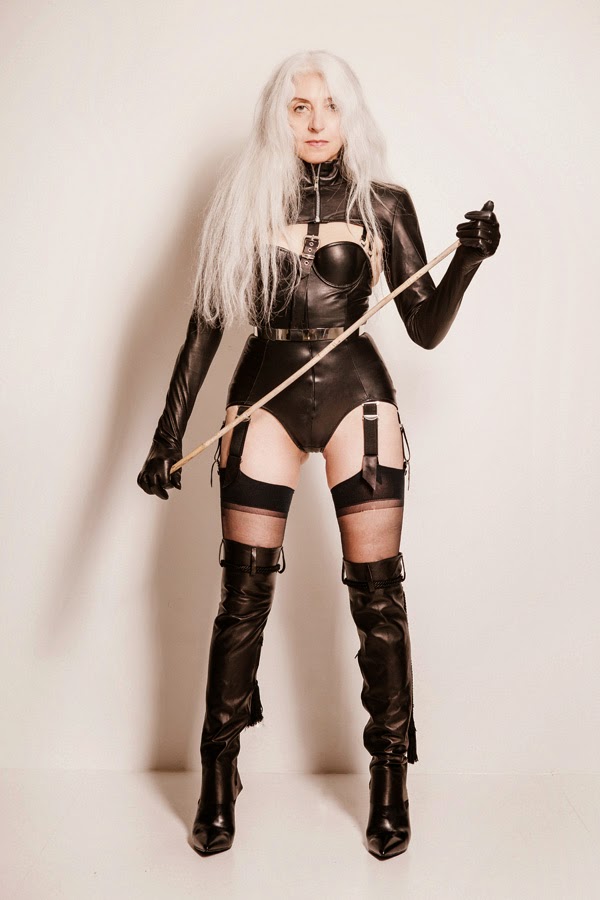 Let's talk about Dove. In my last post I was led up the garden path when I trusted a couple of sources I usually find quite accurate and mistook a picture of Ms Rampling, highly photoshopped, for the official NARS beauty campaign picture. I ought to have checked first. Not to worry, it gave me and other women (and men) an opportunity to express our disappointment with the photoshopping practice.  Here I hasten to add that while I am aware that some degree of photoshopping is needed in order to adjust the brightness and levels of a photograph, the practice we are all disgruntled about is the photoshopping that transforms the body and smoothens the skin as to make a woman look like a Barbie doll.
Anyway as a result of that post someone got on a high horse, misreading a paragraph in which I mentioned that Dove was owned by Unilever  and that Unilever is behind the whitening cream sold worldwide, especially Asia and Africa, to bleach dark skin and turn it a few shades fairer. The cream is called Fair and Lovely and is made from pig tallow.  This person said Dove was not racist and that  I clearly did not understand the meaning of the word 'racism'. Then the same person ticked me off for using bad pictures of Ms Rampling. Oh my! Lots of assumptions here.
OK, let's start with Ms Rampling's  pictures. The one I used to contrast it to the heavily photoshopped one is not one of her worst. It's just a picture of hers and she does not look so bad at all.  But this is a trivial matter.
Racism. I never said that the Dove's campaign was racist (but others think it is, please look at some of these spoofs) , I was actually talking about Unilever and the whitening creams - the very concept of a whitening cream is, I believe, a tad racist but maybe I am wrong?
I have been  aware, for quite some time of various damning reports about Dove, who are not as enlightened as some of us would like to believe - who knows, maybe this person that left that comment on my blog post does work for Dove!
I have done my research and here is what I have found.
In 2011 Dove had an ad which showed three women, one black, one Latino, one Caucasian positioned against a magnified sample of skin seen  'before' and 'after', and which in the 'after' showed signs of being smooth and slightly whiter. The ad was withdrawn as it was deemed to be unintentionally racist  - people said that the ad seemed to suggest that Dove turned Black women into Latino and Latino into White. This was the VisibleCare ad. 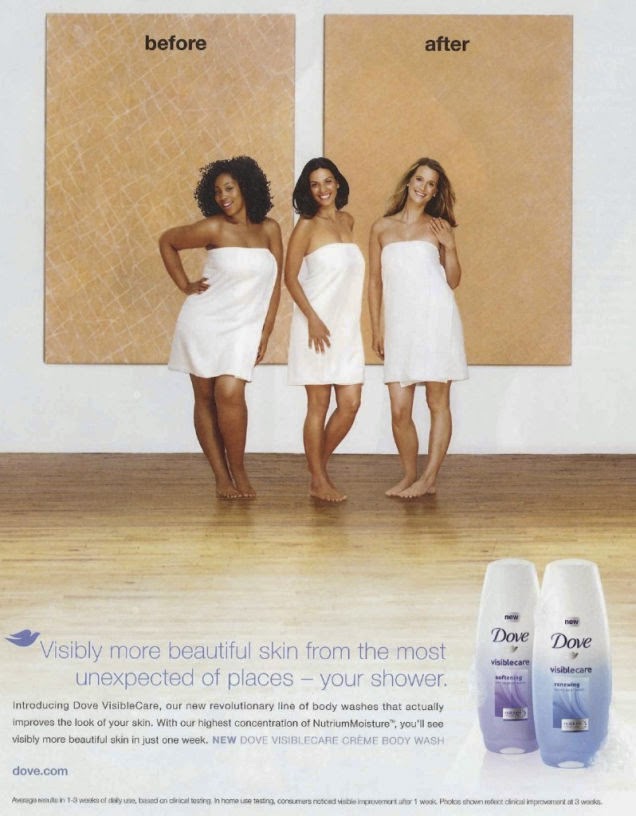 I cannot but be wary of multibillion dollar global companies such as Dove embracing commodity activism and suggesting empowerment through the use of their products. It has been noted that Dove has a long history of  manipulating and capitalizing on feminine insecurities, insidiously using key phrases such as 'self-esteem' and 'real beauty'  and then proceeding to provide normative solutions. The Dove campaigns are examples of superbly competent and highly manipulative advertising, in a context which is ultimately - let us not forget this -  profit led.
Dove's products are not safe, they contain chemicals that are actually damaging. I would like to refer you to the paper posted by Sarah Scott from Cal Poly, in which she sums up the results of her investigation. Dove uses, in its products, a chemical known as triethanolamine, which is universally acknowledged as rather harmful and actually capable of producing skin irritation. It has also a carcinogenic effect.
So much for Real Beauty and Self Esteem!