Some thoughts about the body 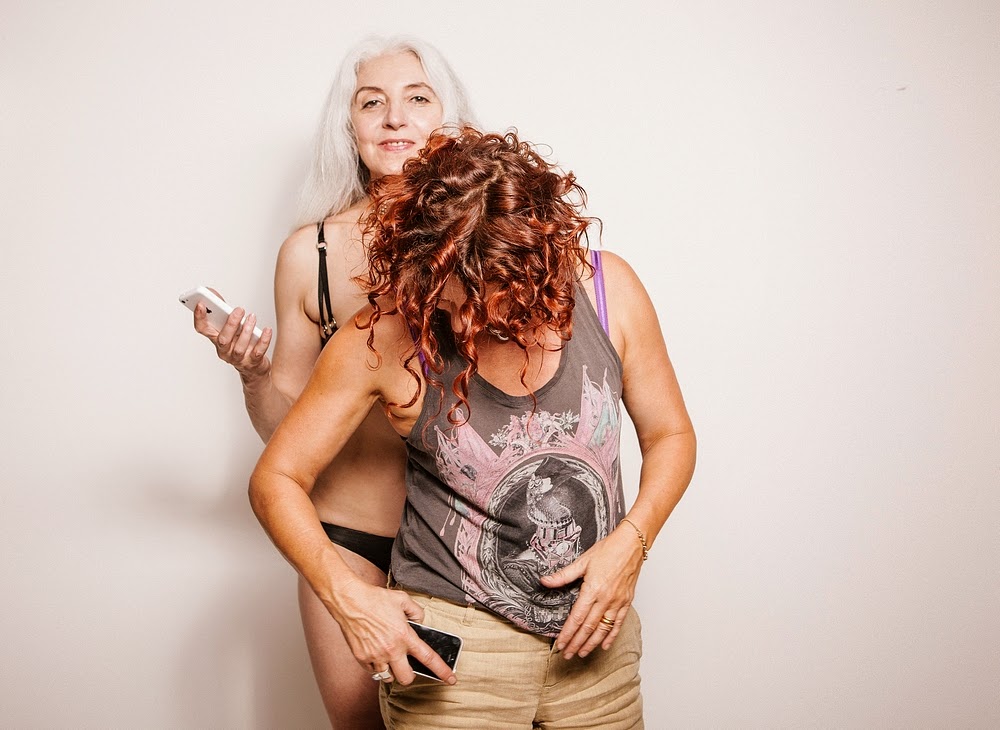 Me and designer Jules Hawkins in an outtake from the shoot for Lux Tenebrae. Photo: Adam Robertson

In our society, and particularly in our western culture, we do have conflicting attitudes to ageing, and  women are most affected. On one hand we are told we should aim to be ageless and look as young as possible by whatever means, often involving plastic surgery, on the other we are recognised as still being able to be productive workwise, so much so that the pensionable age for women has now been raised by several years.
We talk so much about body image and the way we look or should look, but despite the growth of the fitness industry we do not encourage, by and large, a way to engage with our bodies aiming to have  control over our corporeality, especially as we grow older. It is all to do with the way we look  rather than our being embodied.
There are still misconceptions and much misinformation is touted about the inevitability of losing flexibility and various other body changes as we grow older. I stress the fact that 'inevitable decline' is imagined as a given. I do remember not too long ago an otherwise very good and competent dance teacher making the extraordinary claim that once women give birth they lose flexibility in their lower back, that's why professional female dancers should not have children. I was aghast. I think she was generalising about something that had affected her personally, but she had turned it into a rule maybe to feel better about it. I never found any evidence for such a claim. 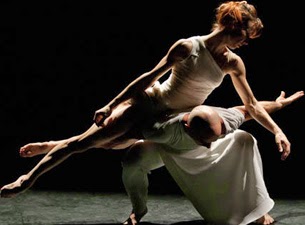 Or worse, a claim by an acquaintance that after the age of fifty, coinciding with the menopause, it is natural for women to put on weight and there is "nothing you can do about it". She was a comfort eater, again finding a justification for her own personal relationship to food by decreeing it was something that simply occurred 'naturally' and to every woman.
I am not saying that the body does not change as we age. It obviously does. But many of the negativity associated with such changes - loss of this or loss of that - are also to do with the fact we do not take sufficient care of our bodies, we do not listen to them and we actually treat them as external objects.
Our bodies have to be exercised very regularly. We take it for granted that it is good practice to shower and brush our teeth, but we do not take it for granted that a sustained exercise programme is what our bodies need. Going to the gym once a week or going to a zumba class also once a week will not do much. We need to set aside at least twenty minutes a day for an exercise routine that involves cardio and stretching.
When my son went to Indonesia to do an advanced training in pencak silat, he joined the Panglipur school in Bandung, West Java. Pencak silat has now become better known outside Asia thanks to the films by Gareth Evans, The Raid and The Raid 2, featuring some spectacular pencak silat moves.


While my son was in Bandung I went to visit him and I was taken on a day trip in the hills to visit the famous Ibu Enni in Garut. She was about ninety at the time. I expected to meet a frail old lady and was absolutely stunned when she glided in gracefully, standing very straight and looking very tall, even though in actual fact she was quite petite. I thought for a moment I had misheard the introduction but no, she was Ibu, or mamih Enni as she was usually addressed as. After having some tea and refreshments she told the boys she wanted to see where they were at with their silat. The boys were my son, a nineteen year old at the time, standing at nearly 6'2 and quite well built, and three other Indonesian young men, also quite sturdy, who had been training since childhood. I was allowed to watch.We all went into the dojo and she started fighting one of the boys then another, then all of them together. I thought I was dreaming when I saw them being defeated by this woman who was able to lunge and jump as if it were the easiest, most natural thing in the world and who could definitely hit. I was absolutely speechless. She proceeded to teach them some moves they obviously had not mastered.

Ibu Enni is a legend in the pencak silat world, not everyone is like her, in fact she was most definitely unique - she passed away in 2011. What I am trying to say is that she was living proof that following an exercise routine  on a daily basis keeps you strong, alert and flexible. Most of all,  that what she practised was body awareness.


We need more body awareness and less body image anxiety in our contemporary world.
Posted by Alex B. at 14:57:00