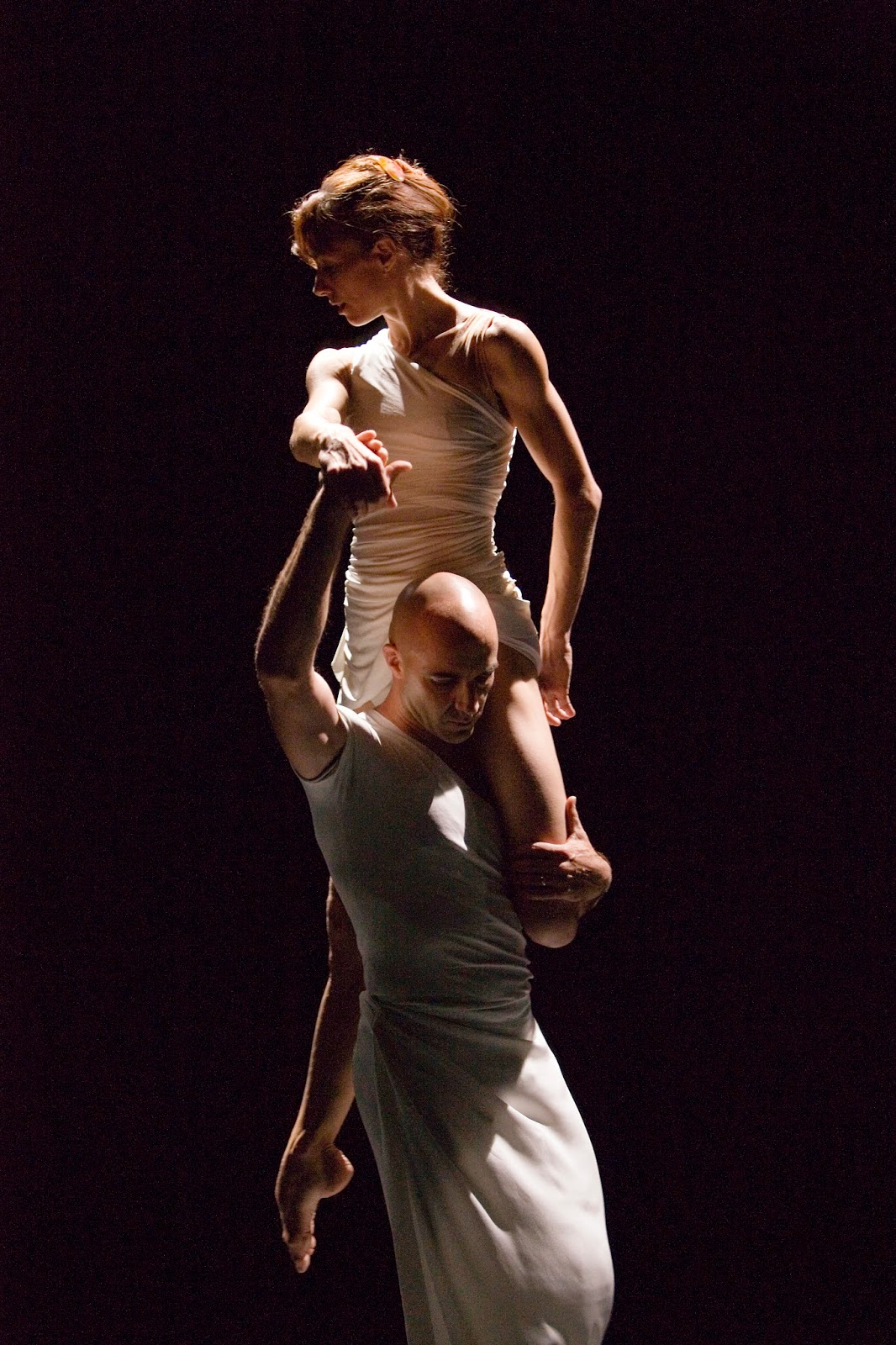 This is not a review in the traditional sense. I am just noting down my thoughts and observations, after watching a great dance performance that deeply moved me. I saw Push on Friday, at the London Coliseum, with Russell Maliphant and Sylvie Guillem, choreographed by Maliphant. I had seen it  when it was premiered in 2005 at Sadler's Wells and at the time I was totally entranced by it. I was a little anxious about this performance, nine years later, with Maliphant now 53 years old and Guillem pushing 50. Will they be up to it, I kept thinking, remembering how physically demanding the piece had seemed to be.
I need not have worried. They were both fantastic. It goes to show that perhaps dancers should not retire from performing as early as they usually do, still in their thirties. Of course Sylvie Guillem is not an average performer. She has a physicality that cannot be easily matched. As a ballerina she was made étoile of the Paris Opera by Nureyev when she was only 19, an honour that was quite unprecedented. But it was not just her leg extension, her perfectly arched feet, her dazzling pirouettes that made her special - many young dancers have all that. It was her intelligent approach to dance and her expressivity that together with her physical abilities made her who she is. When she stopped dancing the classical repertoire at the end of the eighties she turned to contemporary dance, bringing to it her beautiful classical lines and a deep desire to learn and embody other ways of moving. She did however go back to classical ballet in 2011, when she performed Manon at the Scala - and it was as if she had never stopped.
Maliphant has a classical background, having trained at the Royal Ballet School but turned to contemporary dance early on in his career and soon became known as a gifted choreographer,working together with his partner lighting designer Michael Hulls to create beautifully lit pieces in which light and movement are fully integrated. 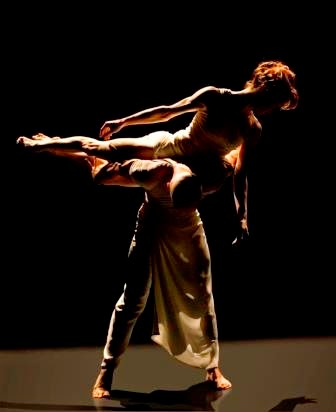 I will not recount the story of how Guillem and Maliphant got together and how she persuaded him to perform with her. When they began working on Push he was in his early forties and had already decided that  he was done with performing. She was obviously very insistent and I am glad she was, because Push is a most beautiful piece and as a dancing couple they are perfectly matched.
It is a duet that is emotional, lyrical, sensuous and technically very demanding, incorporating movements that show their classical inspiration but also movements derived from all the forms which Maliphant has experimented with, including Tai Chi. The fact that both Guillem and Maliphant have so many years of experience as performers and, in Maliphant's case, as dance maker, brings  a beauty and a subtlety that really makes this performance last in your memory for days on. I did not want it to end and hated it when it did, I never found any part of it repetitive, as some reviewers have commented.  I found Push  multilayered and full of complexity. I  loved the technical device of blackouts, with the beginning dance phrase repeated, every time starting  with Guillem seated on Maliphant's shoulders, appearing at different corners of the stage.
With sophisticated lighting by Hull and a soulful score by Andy Cowton, Push is an amazing experience - the other three pieces are too but Push surpasses them all. Catch it while you can, Guillem has announced she will stop dancing next year, once she hits fifty and Maliphant may not be seen dancing again either. I would not want to regard Push as a swansong but it looks all set to be.
age Alex b dance Push Russell Maliphant Sylvie Guillem