on June 27, 2015
(When I began this blog I intended to display my art nude work, hence the 'adult content' warning. I then moved on to other modelling work . However, this post has nude images,  so stop here if nudity offends you).

Liz Lea
Still  in my decluttering mode,  I came across a sealed box, with thick tape running all around it. I was intrigued, what on earth was in there?  I could not remember. I got a pair of scissors and began to remove the tape. I have to make a confession here: in the past whenever I did not know what to do with particular paperwork I would 'bury' it, carefully putting the papers in a box and sealing it and then placing the box on some shelf, to be opened again some years later. Bizarre, I know.
This box had tons of very uninteresting stuff: meeting agendas, reports, old lecture notes, some offprints, copies of unsuccessful fellowship applications - I still remember the hurt of not getting the grants I had applied for and how I would keep the forms and the feedback so that I could study them and do better at the next round.  All absolutely irrelevant now.
But among the trash I found some interesting things: a programme brochure of a performance by the beautiful Liz Lea, an Australian dancer and choreographer who used to live in London and whom I knew quite well. Only a few days ago her name came up with an acquaintance, how weird! Liz Lea's brochure had a most beautiful photograph of her dancing in the nude, only the figures are so small you can hardly see anything! A celebration of the dancing body, the picture is also on the website of Liz Lea's dance company in Canberra.  The brochure I have found is dated 2005.
I also found a copy of The Guardian Weekend magazine of 17.09.05 with a preview of David Bailey's photos of naked people, including his stunning  model wife Catherine, who graces the cover in a 'raw' nude, yoga inspired pose (she is a yoga devotee)  - shadows under her eyes, her armpits unshaven.  She must have been pushing forty when the picture was taken and she is absolutely ravishing.
I don't want to get into a copyright wrangle by using Bailey's photos without permission , so you can see below an image of the Guardian of 17.09.05 and a link to David Bailey's photos of the naked is given  here. Do look, they are great images and you will recognise among the people photographed several actors and even Damien Hirst. 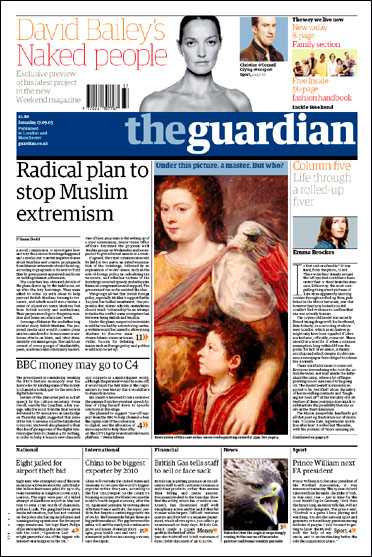 The press release emphasises that no digital manipulation was applied to any of the photographs.
Seeing these pictures reminded me of my art nude modelling. I was very active as an art nude model  around 2008 and 2009, then I sort of slowed down, but my deviantArt gallery carries all my art nude pictures.
I think I posted about the difference between nudity and nakedness before, so I will not repeat myself. I am just glad to find out that the criterion applied by David Bailey matches my understanding of art nude and art nakedness: art nude is somewhat contrived, art nakedness is raw with minimal or no retouching.
Some of the most beautiful pictures taken of me were those by Neil Huxtable aka Talkingdrum. He shot nudes but his art nudes were closer to the naked, on a scale of one to ten, with nude as ten and naked as one (no value judgment here, just a way of quantifying the difference between contrived and less contrived, following Bailey's definition) - I remember how Talkingdrum hated make up and 'poses'. 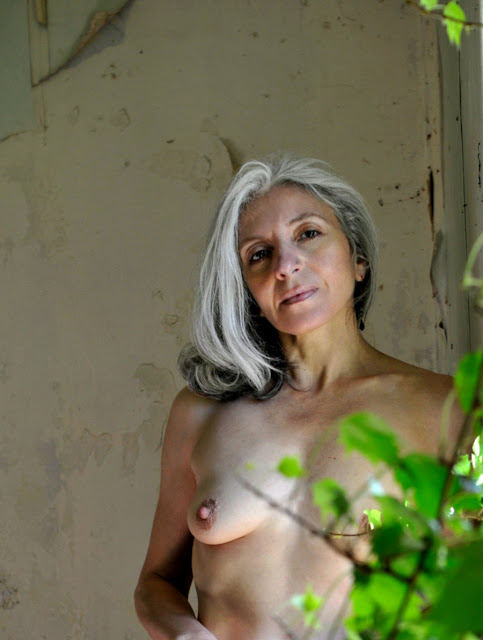 I am very proud that my agency Grey Model Agency has included on my page pictures of me in the nude (implied). This is a very forward move, as most model agencies are somewhat prudish about nudes, at least they used to be a few years ago.
I recently did a shoot with Isabella Bambagioni for Danielle Fowler's project at LCF. I was modelling lingerie but Isabella did not retouch any of the images. She later asked me to pose nude for her - it will happen in August. 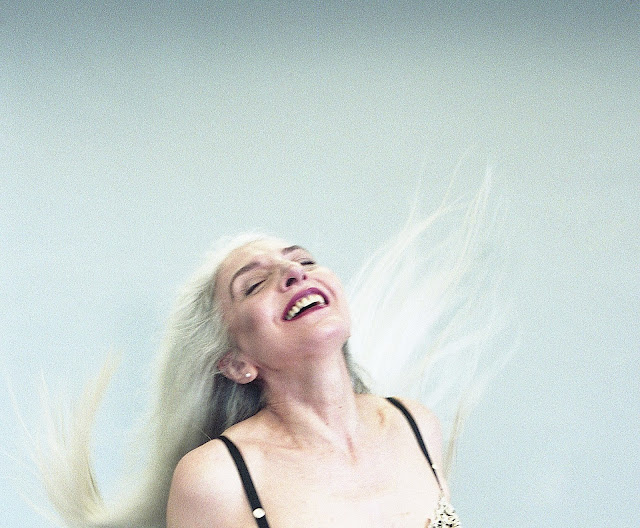 I also have a shoot with Justyna Neryng next week and am really looking forward to it. It's been a while since I did art nude and this is a great opportunity, working with two different female photographers, which I really enjoy doing.
I have no hang ups about my body. I know I am an older woman but I do not feel I have to hide anything. I am so grateful that I still have a body that works and serves me well. Is it beautiful? Bodies ARE beautiful machines, complex and truly marvellous. End of.