Being ladylike: Englishness, class and elegance 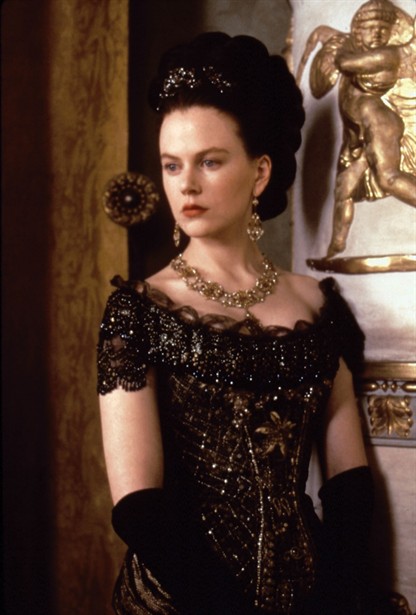 Nicole Kidman in The Portrait of a Lady. Source: Film Costumes

I watched with great interest and relish the programme aired on BBC4 last night How to be a Lady: an elegant history - I am not sure everyone can view this on iPlayer, it depends on whether you can access BBC from wherever you are.
It was presented by Rachel Johnson who also writes for that rather old fashioned English magazine called The Lady, one which  people buy because of its classifieds, when they are looking for a nanny or  an au pair (or when they are searching for such a position).
Johnson is witty and rather stylish and elegant, in a non-conventional way. It seems her husband thinks she is not very ladylike, I beg to differ.
I was intrigued by the various definitions of elegance and class and being ladylike that were proffered  throughout the programme and how these were connected with 'being an English lady', with a Victorian stamp. Ah, Englishness.
All rather dubious, I would say. Apparently some people make good business out of this 'English ladyhood' and teach young girls from well to do families in the Middle East how to be elegant and classy the English way - how to be a lady -  charging an inordinate amount of money for the privilege. 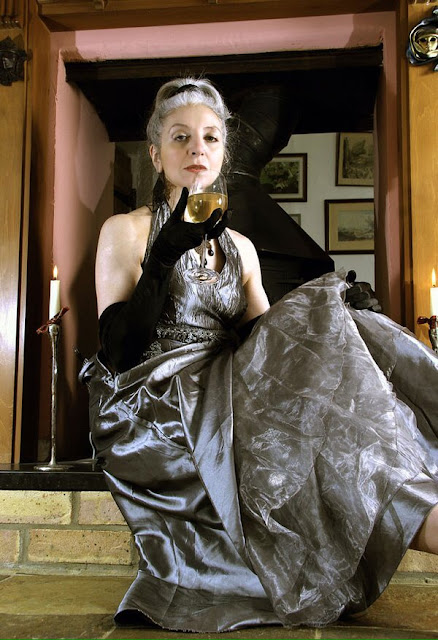 I am not sure the English can really claim to be inherently or specially elegant, not really, nor are 'ladies' and ladylike behaviour necessarily English.  The French would readily contest that and not without justification. The English can claim to be, well, English, extremely burdened by a rather antiquated, everlasting and quaint class system, with all its niceties and complexities.
But the woman interviewed by Johnson who stated that she, as an upper class English woman, oozed class and sold it to the Arabs, who have no class, but lots of money, struck me as making a gaffe which would definitely not turn her into that paragon of elegance she believed herself to be.
There is some truth in the observation, put forward now and again throughout the programme,  that people, especially the young, nowadays have no concern whatsoever for manners and far too many people do not seem to know how to be a dinner guest.  In fairness it has to be said they are not taught and rudeness is catching. When I was in Florence recently it was remarked how discourteous I was when asking for directions in a gallery without beginning my question with  'Buongiorno'. People don't say so in London, at best they will say 'hi' and I seem to have picked up a bad habit, that turned me into a rather rude customer. 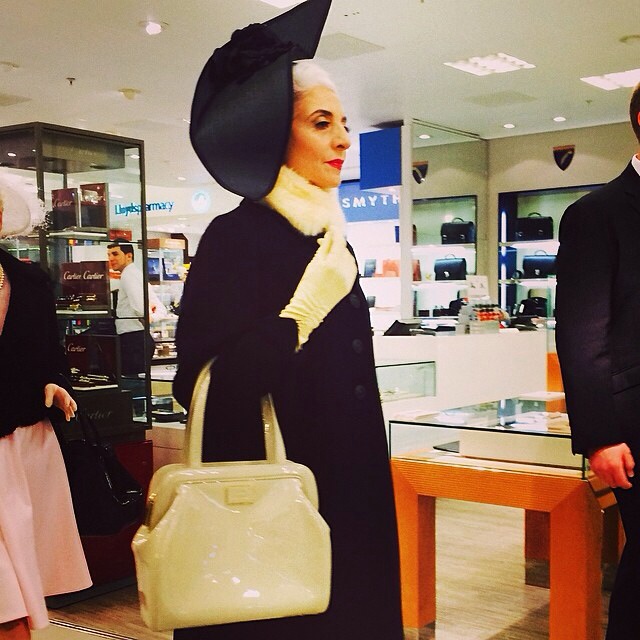 Being ladylike 1950s style. Model: me

When I last went to Paris I made sure everything I said was prefaced with 'Bonjour', better be safe than sorry.  It meant people listened to me without putting on a very bored look.
I loved the end of the programme, when feminist writer Bidisha comments on reclaiming the term 'lady', as a way of bringing a kind of formality and elegance back into a culture (our current popular culture) which is really quite vulgar. A reinvention of the lady beyond the narrowness of earlier definitions and certainly beyond the crassness of it being a money making device, as asserted by the earlier interviewee. A reclamation of ladyhood not weighed down by class and privilege, with the lady being empowered and strong, "a brilliant, strong, sisterly woman".
I was so enthused by this, I got in touch with Bidisha to ask her more about her contribution to the documentary and this is what she wrote back:
"I wanted to add that  a lady could also be a sort of femme fatale/ film noir conception: a woman who's always got a witty comeback, has great dignity and self-possession, is fearless and morally elegant and carries a little and effective (metaphorical) gun in her purse." Yes! This is the lady and the ladylike behaviour of the 21st century. Thanks Bidisha for this wonderful comment!
Johnson is not wholly convinced by the entire business of "going backwards to gloves and tiaras" to reclaim ladyhood and thinks that the fact we are living in more austere times, with greater competitiveness may be the reason why the added polish bestowed by training in good manners and behaviour could be an asset in the job market. She concludes by saying that it is definitely  a matter of training, and that  "if a middle class girl from Berkshire can become a princess, anyone can become a lady".
I can't possibly disagree, especially if the lady one would aspire to be is, as Bidisha says, an elegant femme fatale, witty, self-possessed, dignified and with that little gun on the ready.