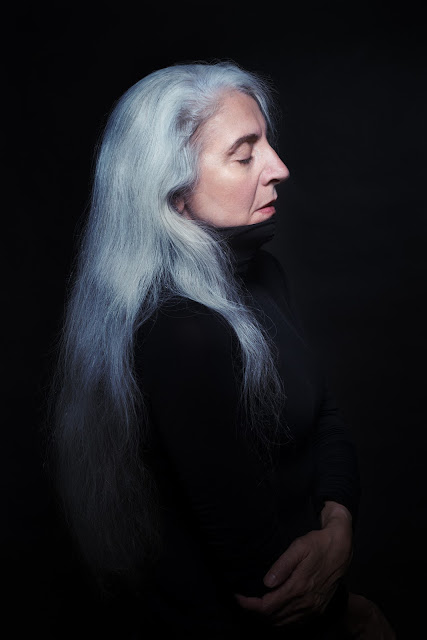 Appearing on  ITV This Morning on 30th July celebrity hairdresser Nicky Clarke who owns salons all over the UK and a well known brand of hairstyling products commented that grey hair was most unbecoming for women (not so for men, apparently). Viewers did not like this at all, judging from their response to the subsequent poll and  many women were quite outraged by Clarke's comments.
The various Fb grey hair support groups made their views known, and Denise O'Neill who writes the Grey is OK! blog even tweeted to Clarke an image of herself taken by photographer Vanessa Mill, declaring  that women can go grey very gracefully -  Clarke graciously retweeted it.
To be honest, I am not  sure Clarke really believes  his own words, one wonders whether he was asked to take on that view for the sake of having a debate. The whole thing was an opportunity to 'take the pulse'  and suss out how the general public position themselves vis à vis this issue. It helps advertisers. We might be seeing more grey haired women in ads - we already see them as grannies, but we might, just might, see them in more glam roles. Such surveys do eventually help to change attitudes. 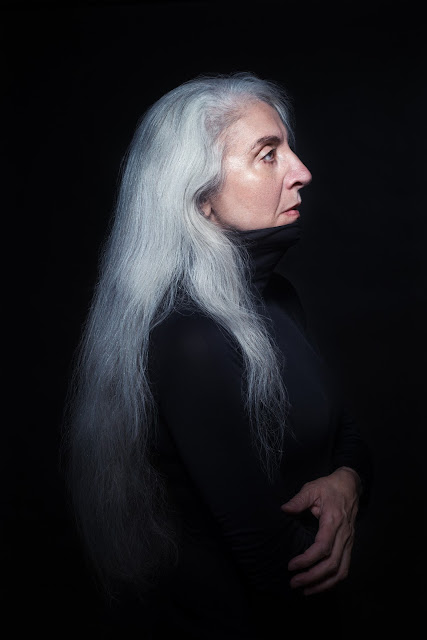 I particularly liked Sarah Harris' response to Nicky Clarke later published in The Telegraph . The beautiful Ms Harris has been grey since the age of sixteen. She did not take kindly to Nicky Clarke's remarks and dismissed him as being outdated.
Then The Guardian also published an article "Do or dye: why women daren't go grey (unless they are very brave or very young)"  ending with  the views of a London  colourist, who colours her own grey,   whose clients  apparently have confided they felt under pressure to dye because with grey hair they would be taken for imbeciles.
Really?  Excusez-moi, but  colourists presumably make money out of colouring hair, so their views cannot be taken as unbiased and I take these comments with a grain of salt. If women stopped colouring their hair it would affect a massive industry built around colouring, something of which Clarke too, whose business is after all that of colouring, is well aware.
As for the imbecility allegedly associated with grey hair maybe I have been particularly lucky, I have had long grey hair - silver, if you please - for a longtime and no one has ever taken me for an imbecile on account of my hair colour (or lack thereof).  I have had lots of compliments, have had a few people suggest that if I coloured my hair I'd look ten years younger - no, thank you, I don't want to look ten years younger, what for? I just want to look good - but an imbecile, no, no one has ever said I was one because of my silver hair. Nor have I ever felt under pressure to colour for fear of being taken for an imbecile - never heard of that one before.
Imbecility is nothing to do with hair colour, I should hope everyone would agree on this. Colouring or not colouring is a personal choice and no more should be said about it. The day we are ready to accept this will definitely mark a great achievement.