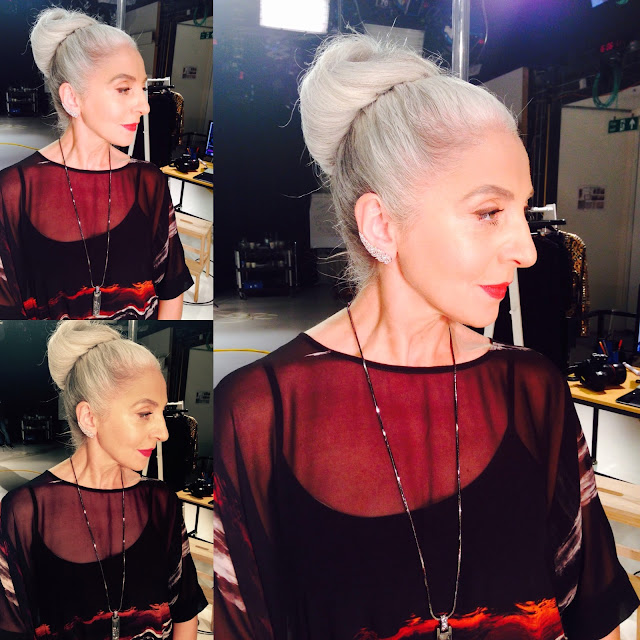 A few years ago while on a job as a supporting artist (I have really tried my hand at everything) I did a scene in a film where I had to be a guest at a wake. I was part of a group of women of different ages and we were all dressed in very formal clothes. We did not have lines to speak but we had to look quite solemn, as one does at wakes and funerals.

My hair, at the time not as long as it is now, had been styled in a high French pleat. I wore pearl earrings - my own - and a well cut dark grey suit, with a white blouse. When I looked at myself in the mirror I thought my outfit seemed rather corporate and remarked that I felt as if I were about to attend a board meeting, was it the right look? The stylist to whom I had addressed the question was busy fixing hats onto the other ladies, but heard me. She glanced at me and said that I looked just fine. I asked whether she had a hat for me too, as I had not seen any together with the accessories that had been put to one side for my use. She replied, with a hint of impatience, 'No, you look' she paused searching for the right word 'regal enough. This is the look for you, with no hat'.
The answer stopped me in my tracks. I thought better than questioning her further, I could see for myself she was busy and, most importantly, that I had crossed a line. 'Of course' I said and moved away.
That day I learnt an important lesson about professional boundaries. One should not question, on a job, a stylist's careful choice (or a make up artist's for that matter). Only the director can. 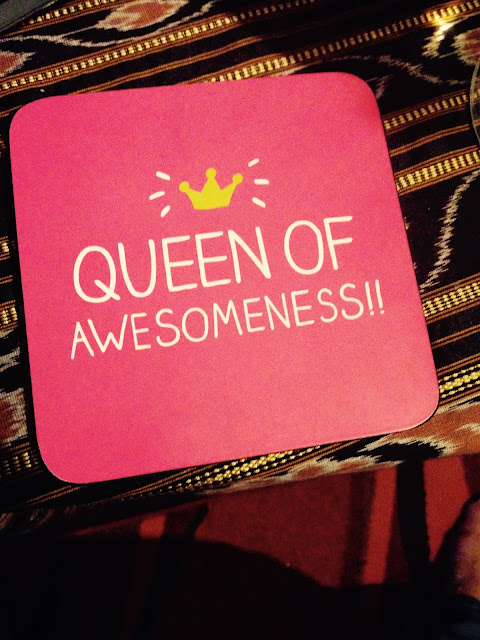 I also learnt something else. It was the 'regal' bit of the stylist's sentence that gave me food for thought. In that context, it was not meant in a complimentary way at all. Yet I could not fail to admire the adroitness with which she had managed to shut me up. And that word, regal, has haunted me ever since.
What does it mean to be regal? Let's see. Regal  means befitting a king or a queen. It is not the same as being royal,  one does not need to be a member of a royal family to be regal. Yet though everyone can be regal, only very few succeed.  Being regal is to do with being noble, dignified and elegant in character, not only in appearance.
There is an anonymous  quote going round the web, a meme, often appearing on Facebook, on Twitter  or in blogs. You can even buy postcards with it, coasters and T-shirts. It says "Always wear your invisible crown" (paired with the more tongue in cheek "Queen of awesomeness"). It sounds daft but think about it. Imagine feeling the weight of a crown on your head. You would begin to move differently, your posture would change and that would affect your behaviour and the way you come across to others. It is also about confidence, feeling confident about yourself in any situation, reminding yourself that YOU are a queen (or a king), so stop beating yourself up for this or that reason.
Being regal is ultimately about seeing yourself as worthy and believing in yourself, your abilities and your uniqueness.
And, last but not least,  you can get rid of people that are being petulant and bothersome within seconds if you tell them they look regal enough. Just like the stylist did with me.
Alex b elegance regal styling