Monuments the past and non-places 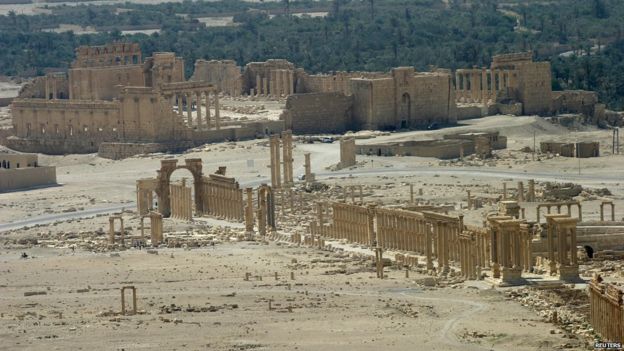 A conversation with an acquaintance re the sad state of affairs in Syria  gave me food for thought. I was bemoaning the fact that the ancient city of Palmyra seems to have been destroyed and looted. He said that what really mattered were the people of Syria who needed immediate rescue, not the monuments. People first.
Of course, people first, there is no doubt about that. But monuments do matter. The whole incident made me reflect on the importance of realising, more generally,  that investing in the upkeep of historic monuments is not a waste of time and money.
There is nothing like the recent destruction of ancient sites perpetrated by ISIS in Syria and Iraq  to make one aware that their loss is a loss for the whole of humankind, not just the Syrians and the Iraqis.
Of course what ISIS is doing is not remotely new. They are destroying but also  looting to get money to fund their so-called revolution. Earlier it was the Taliban in Afghanistan, and in Cambodia the Khmer Rouges, who did exactly the same. 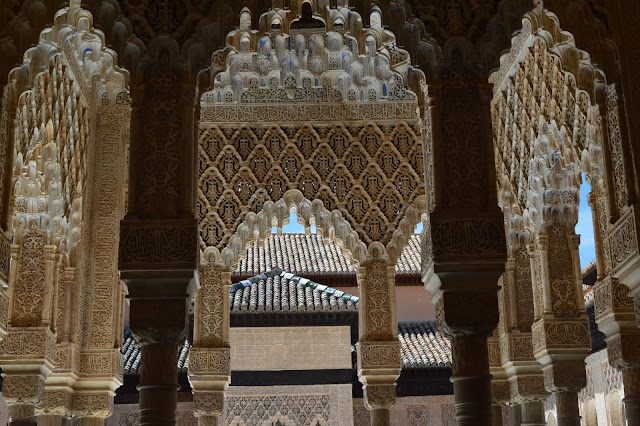 Grenada. Alhambra. Photo by me (I also take pictures!)

We can also think of many other instances in history when rival factions would destroy and appropriate. The Catholic Spanish did it to the Moors of Andalusia and went about systematically demolishing mosques and palaces, turning them into churches and, of course,  plundering treasures.
In saying this, I am not trying to justify ISIS in any way. What they are doing is so unpalatable, so disgusting, it seems unthinkable that in the 21st century people should go back to practices that everyone acknowledges as being so fundamentally wrong.
I certainly agree with my friend that as now in Syria so many people are dying, doing something to protect their lives and well being is a first priority, the monuments will have to wait for better and calmer times. People over things, for sure. Linked with this is the refugee crisis in Europe, a huge problem about which  something must be done, to help these wretched people fleeing the horrors of their countries, torn apart by civil war.
But my friend's dismissal of the 'monuments' was hard to take in. Am I an incurable romantic? Am I being callous and disrespectful to people whose lives are in danger when I feel sorry for the monuments' destruction? 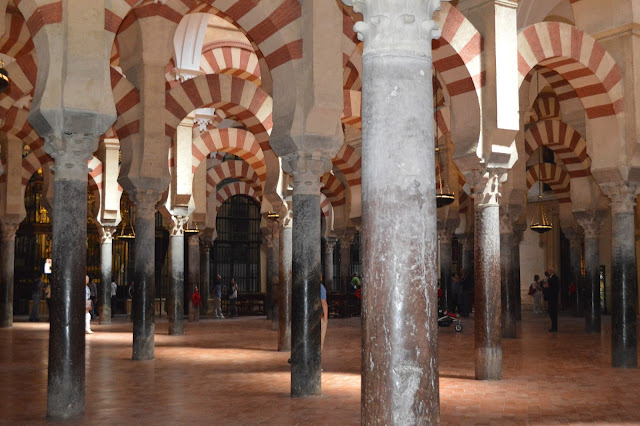 The mezquita at Cordoba, half church , half mosque. Photo by me

Let's think for a moment about monuments in general, these relics from a distant past that are part of the cultural heritage of every country.
How many people really care for 'monuments'? How many people really take time to think about them and what they stand for, beyond rhetoric?
In the best of scenarios archaeological monuments are cared about, routinely restored, kept under surveillance as they are regarded primarily as a source of revenue linked with tourism. Monuments are protected, sure. But what do people really make of them?

The Romantic poets from Goethe to Shelley and Byron invoked contemplation of ruins as part of their aesthetic vision. Thus there is an affinity between what French anthropologist Marc Augé says about ruins (see below) and the Romantic sensibility, but there is also a fundamental difference. Augé does not propose a contemplation of the grandeur of the past in a 'place of memory' but a contemplation of a non-place. For Augé a non-place is a place of transience, the 'supermodern' place, exemplified by parking lots, hospitals, airports and so on. In his definition a non-place is not  “relational, or historical, or concerned with identity". Surely this is not applicable to monuments which seem to be historical and tied to identity?  No, actually these associations are also transient and do change with time. Paradoxically, monuments are non-places. 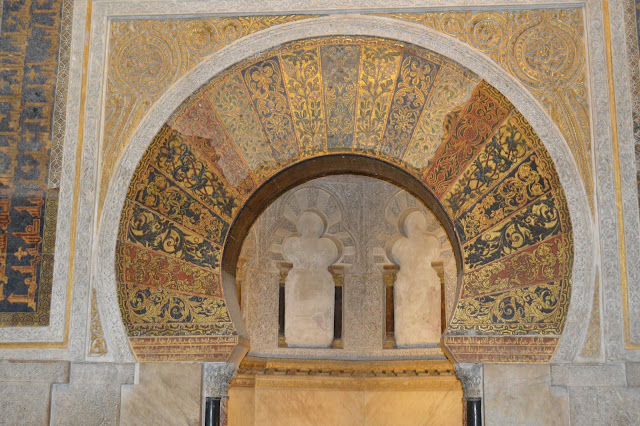 Cordoba, the mezquita. Photo by me

Augé wrote in his book Le Temps en ruines (Time in Ruins), 2003:
“To contemplate ruins makes you fleetingly aware of the existence of a time which is not the time in history books, nor the time that restoration attempts to bring back to life. It is a sheer time, unlocatable, absent from our world of images, simulacra, and reconstitutions, from our violent world whose debris can no longer afford the time to become ruins. A lost time which only art can retrieve.”
And that, for me,  is their beauty and value. We need our monuments, we need those non-places of contemplation.