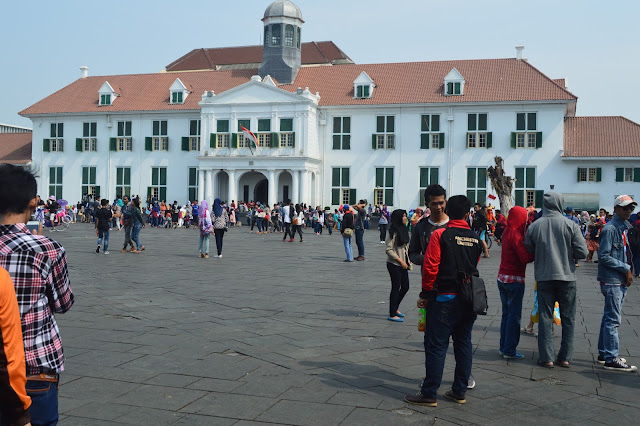 I have finally acclimatised and am learning to negotiate Jakarta, a sprawling mega city. I am meeting designers,  fashion commentators, photographers and models too, it is all quite exciting.
One of the most interesting things for me was to find out that the September issue of Dewi magazine had on its cover 50 plus  year old Sarita Thaib, who came back to modelling specially for this issue on 'timeless style' and fashion for all ages (cantik & gaya di usia 20, 30, 40),  -  I am reminded here of The Guardian All Ages . 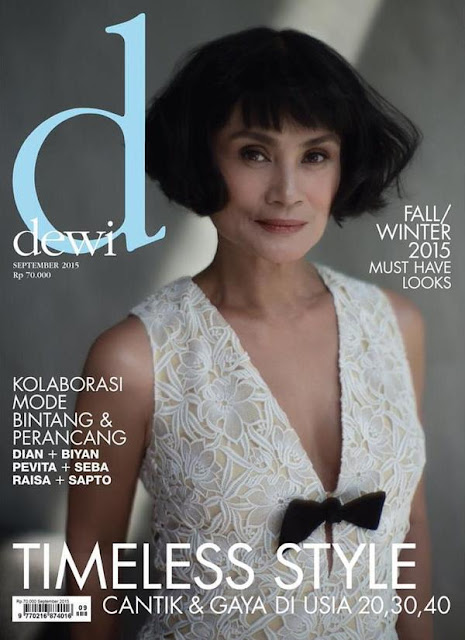 Sarita Thaib on the cover of Dewi
Dewi magazine is one of the most important glossies in Indonesia, now part of the Femina Group and as such involved in the organisational side of  Jakarta Fashion Week . It is a veritable fashion bible, with a median readership of women over the age of 30, thus comparable to Elle (the latter is originally French but now sold worldwide, including China).
So being on the cover of Dewi is a major recognition for any model of any age.
As elsewhere, women in Indonesia over the age of forty are extremely active and visible, and pay attention to style and a fashion that suits them.  Indonesia is very diverse and has a growing middle class; several Indonesian fashion designers are aware of this diversity and design for women of all ages.  A good example is a designer such as Carmanita, who told me over lunch that when she makes clothes, she thinks of what she would like to wear herself and designs accordingly.  Her clients tend to be middle class women over the age of thirty but her creations are for all ages, including children,  and can be adapted to suit all ages. She does not design for mass consumption, her creations are all in limited editions. 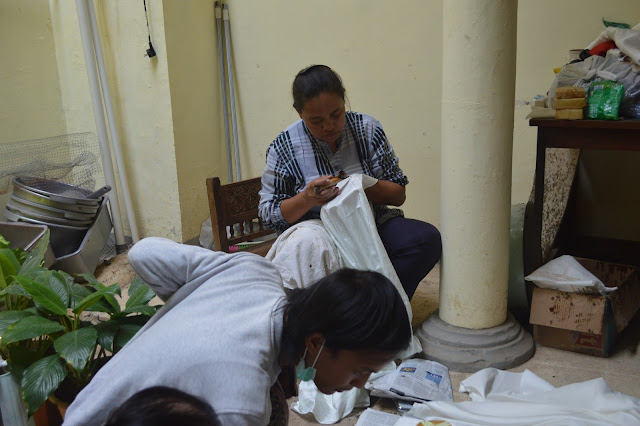 It was indeed very forward of Dewi to have a mature model on its cover, the only other recent cover with a senior model I can think of was Iman for  Vanity Fair, Italian edition, August issue. 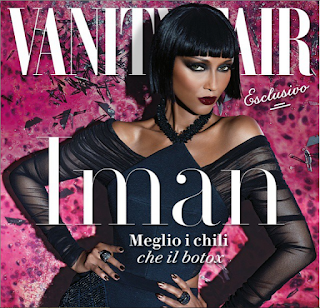 Imam on the cover of Vanity Fair Italy
There is a short 'behind the scenes' film on Youtube,  with an interview with Sarita. It is in Indonesian, naturally, but even without knowing the language the images convey the message of an elegant, glamorous woman with great personal style and commitment.
In the UK the September issue of Hunger magazine carried a spread with 'golden age models' wearing Prada, - so honoured to have been included - thus  there is a sort of synchronicity here.
I came to Indonesia believing that here fashion only addressed  the very young. I was very wrong.
It is so refreshing to find that 'agelessness' in the sense of ageless elegance,  and mature beauty are also celebrated.
The Jakarta Post, an English language newspaper with a Sunday supplement, carried an article by Willy Wilson a couple of weeks ago in which Iris Apfel, Madonna and Sarita Thaib are discussed in connection with the idea of an age appropriate fashion. Wilson thinks that 'age appropriate'  is not quite the way to describe the personal style of these older women who make a statement through what they wear.
They are all very different, of course. Sarita Thaib, for example, would not choose to wear what Madonna -  the face of Versace, at age 56 - does. But then Madonna is in showbiz and has always been known for being irreverent.
Sarita Thaib has started her own line of pret à porter clothing, very elegant, somewhat 'androgynous'  - her words - and not aimed at any particular age group.
With the recent inclusion at LFW of older models on the catwalk - both of them from Grey, we can thus see that fashion is finally acknowledging its older consumers.
Posted by Alex B. at 14:20:00