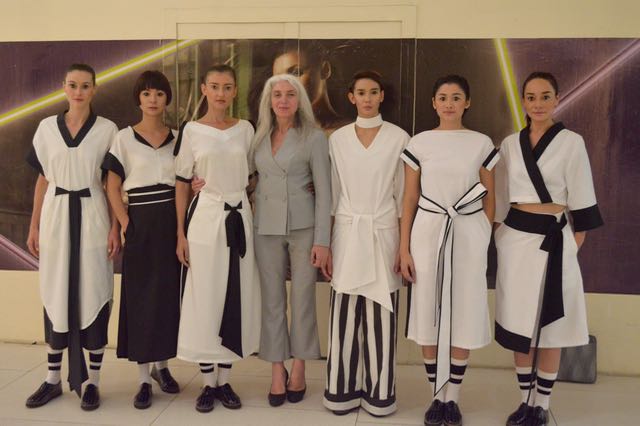 Indonesia is full of creative people in the field of performance, music, film, visual arts and design, including, of course, fashion design. There is a variety of approaches,  from  traditional craftsmanship  to modernist minimalism and the picture that emerges is much more complex than whatever is thought of as Indonesian art in the Euro-American world. Ask anyone in the West about Indonesian art. People will scratch their head and then mention in one breath batik, wayang  and gamelan. Contemporary art? No, somehow people find it almost incongruous that there should be anything here apart from time honoured village traditions.
It is a misconception I have encountered quite often - as I mentioned in other posts I  have been coming here fairly frequently for different purposes since 1989. So whenever I told people back in England or Italy about the vibrant contemporary art scene of Indonesia I was met with some disbelief. For many years I  taught university level courses which always touched on Indonesian contemporary performance and choreography, the 'kontemporer' style. During that time I met artists of great calibre and international standing such as Sardono ('Mas' Don) and also discovered the work of the Sumatran Minang choreographer Gusmiati Suid - I tried to share such experiences and knowledge with my students. 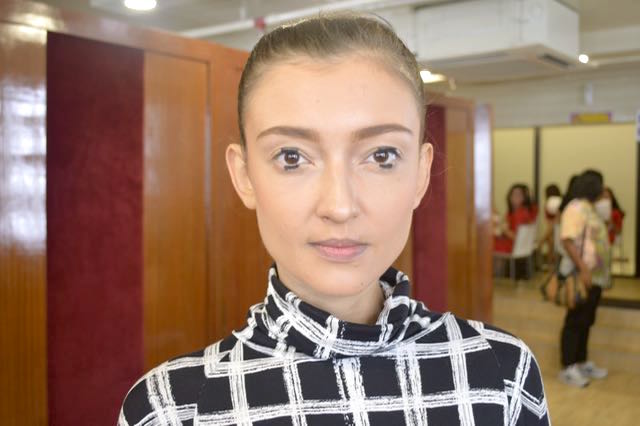 Natalia
On arriving here last month I was quite aware of the intricacies of Indonesian contemporary performance and expected that a similar diverse landscape would be found in the field of the visual, and of fashion design. My current research, preliminary though it is,  confirms this prior assumption.
I have met a few designers already, including the amazing Tri Handoko, whose work seems to be just right for me, I love the zen quality of his clothes. They are the kind of thing I want to wear and it frustrates me that I cannot find them back home, when I go clothes shopping.
As we met over morning coffee the day before yesterday, on an unusually quiet day (it was a public holiday, marking the Islamic new year) 'Mas' Tri discussed his philosophy and his inspiration and how he likes minimalistic lines, no patterns, and a mix of black and white.  He then invited me to visit his atelier, so we left the coffee shop immediately and headed for his studio. Once there I just had to try a couple of things on, I could not help it. He told me he was always on the lookout for models with personality and character to match the quality of his designs and  then quite out of the blue, he asked me to walk for him at a fashion event in early December.  Of course I will, I regard it as an honour. Life can be quite unpredictable, I had no plans to model for anyone while here - apart from those photoshoots I mentioned earlier, more for fun and keep my portfolio up to date than anything else.
I will continue my discussion of designers once I have met a few more, this will allow me to compare and contrast, just to highlight the diversity and richness of talent one encounters here, which sadly is not seen at all in Europe and, generally, outside Asia. I know, I keep on saying this, but it really needs reiterating.
With JFW looming ahead this is the right moment to talk a bit about models, as they too have a role to play in  my current research, as the 'ideal' wearers of the designers' creations - we can unpack this definition of 'ideal wearer' a little later.
There are several foreign models in Jakarta and some agencies specialise in bringing them over. There are of course local Indonesian models, some of whom have the status of supermodels, but for the past ten years, model agencies have been working following the business model known as  'mother agency, local agency'. It means that agencies from Russia, Brazil, Germany, Australia, USA  etc send their young models in need of 'development' over here to work for a three month period and the models are then represented by a local agency who looks after them, puts them up in rented  accommodation and gets them work assignments.  The models then go back home. It's a recognisable pattern, models as migrant workers. There are some sleazy developments too but I will not discuss them here. 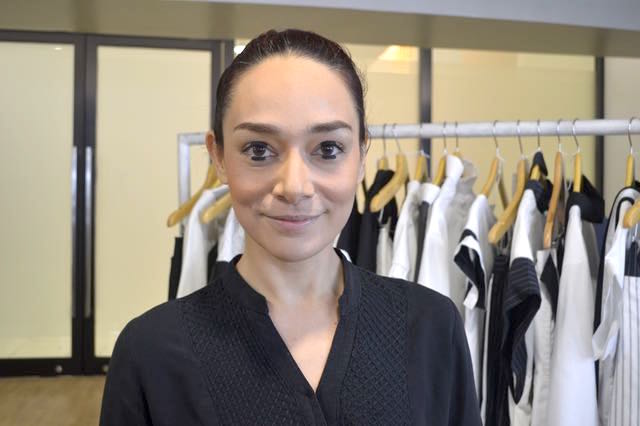 Selma
Modelling in Indonesia is not regarded as a 'real' profession, so I am told. According to what some agents tell me, many local models are not willing to invest their energy into modelling - this is not confirmed by all my informants however -   but ultimately the reason why foreign models might be preferred  over local ones (the local 'super' are not included here, we are talking about average models) is that foreign clients operating in Indonesia (or local clients aiming at attracting foreign money eg the tourist industry) want foreign models.There is also a difference in the fees commanded by foreign models who are paid considerably more than local ones. Modelling is after all a business, you cannot blame agents for wanting bigger profits!
But even when models are discussed, there is some complexity. Indonesia is truly a land of contrasts. You have the very tall Indonesian models, over 5'11 - in a country of nearly 250 million  there are some people who are extremely tall, both men and women, even though the average height of Indonesian women is below that of their Euro-American counterparts. There are those of mixed parentage, with a European parent and an Indonesian one, highly praised for their fair complexion (I shall talk about the obsession with fair skin in a different post, but let me say that it is not a case of aping Caucasians, it is a traditional beauty standard) and the foreign models that have been here for several years, often with an Eastern European background,  fully integrated in Indonesian society, sometimes holding down other jobs too and perfectly fluent in Bahasa - unlike the foreign models on a short term  contract who come here quite unaware of the local culture.
Surprisingly, the age barrier which models encounter in other countries,  does not seem to exist at all. Many models continue to work in fashion well into their thirties and forties, unlike  Euro-American and Australian models, who by and large by twenty five need to look for something else to do or if determined to succeed, become 'models with a personality' and diversify.
At the fashion event I attended yesterday I met the models walking for 'Mas' Tri.  They were all beautiful, in my view, but not a single one of them was pretty in a conventional way. Their ages varied. Two of them were non-Indonesian, both stunning and already over the age of thirty. One, Natalia Gumilevskaya, came over from Russia following her partner  and was a trained MD, only she could not practise in Indonesia for a host of reasons, involving Indonesia's sycophantic beaurocracy and ended up modelling to earn a living, because of her looks - tall, slim, high cheekbones. 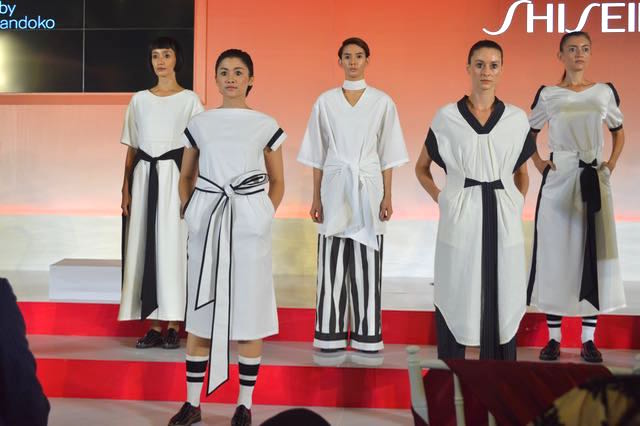 Five of the six models at Tri Handoko's catwalk show

The other one, mother of two, getting close to the big four, is also very beautiful, in an edgy sort of way. Her name is Selma Abidin, with a Croatian mother and an Indonesian father.
These are  interesting women, cultured, cosmopolitan, fluent in several languages, with plenty of experience and great taste.
All the models wore  'Mas' Tri's creations to perfection. I loved the choreography of the show too.
Natalia told me that over here models sometimes need to be able to move in a dance like manner, which brings modelling close to performance.
I will continue my observations in the next post. I will take a short break from blogging during JFW, then back with a vengeance, as they say.