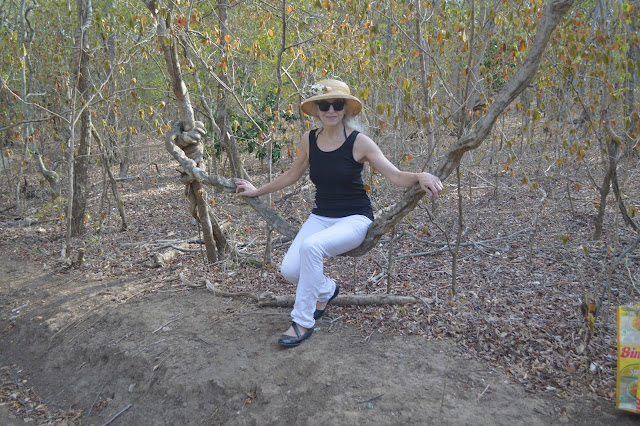 I am in Jakarta again after visiting Yogya and Bali. And though I was away from Jakarta for less than two weeks it was quite intense. In Yogya I met artistic people and local designers, stayed at a wonderful guest house, and enjoyed being in one of the most beautiful cities in Java. In Bali, I had a great weekend at The Menjangan, a resort right in the middle of the national park in the western part of the island. There, I did everything on the menu that appealed to me, namely trekking and horse riding and, of course, swimming. Sadly, snorkelling was not for me, I have an ear problem.
Then in Ubud, in central Bali, though I stayed at the historic hotel Tjampuhan, a charming place,  once the home of Walter Spies, I had mobile phone problems and spent much time trying to locate a Nokia Care Centre in Denpasar,  only to be disappointed (I own a Nokia Lumia 530). Being phone-less freaked me out, so I bought a Samsung.
Then in Seminyak I met Susanna Perini,  owner of the fashion house Biasa. Seminyak is extremely busy, not my ideal holiday resort, in fact I don't honestly know why people go there, it is all shops,  cars, and motorbikes.
But Susanna was a gracious hostess for the afternoon  and I learnt much from her about fashion in Bali and, more generally, Indonesia. Now an Indonesian by choice, Susanna hails from Rome and has  fashion and design in her blood, so to speak, as her mother had a fashion house in Rome in the 1960s and she grew up in that environment. She ended up in Bali twenty years ago and then began doing what she knew best ie designing. Her clothing line, Biasa, is sold in major resorts worldwide and she has now started an urban line, to complement her resort fashion. It's all beautiful linnen and cottons, very flattering to the figure, cool and elegant. 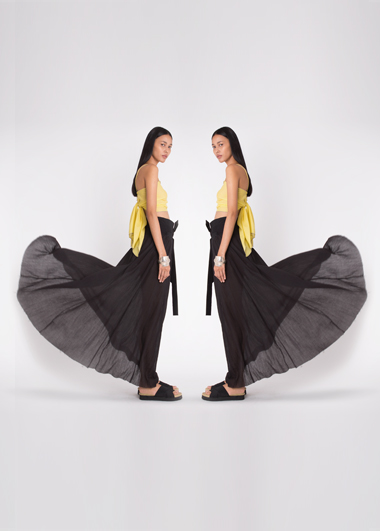 Biasa's collection 2015
Susanna is into the arts and has arranged several collaborations with artists and exhibitions at her gallery in Seminyak (north of Kuta). She travels a lot, to source materials, but the clothes are made at the factory in Denpasar, Bali, so hers is an Indonesian label, designed in Indonesia and made in in Indonesia. Fashion is a very complex business. Next time you shop look at the labels stuck on your clothes selection . Take Karen Millen, for example - I love Karen Millen's clothes and own a few . It is a British fashion house but the clothes are currently made in Rumania.
I went to Galeries Lafayette the other day, there is one branch in Jakarta - I often wonder who buys there, the prices are very high, but obviously there are several people who do shop at Galeries Lafayette or they would have closed down. I looked at the clothes by major international brands. They are designed by those brands but made in Morocco, Rumania, India, you name it. That's the garment manufacturing industry, international fashion labels could not survive without outsourcing.
It is a legal requirement that clothes labels should say where the clothes have been made. Today, for example, I had the weird experience of shopping at an Indonesian mall in southern Jakarta, buying a leather belt made in China for a Spanish brand, Stradivarius. Fashion is definitely global.
I was quite intrigued by the fact Nokia had closed down most of its after sales care centres in various parts of Indonesia, following the handover to Windows in April 2014. Only one was still active, at the famous Roxy Mall, in West Jakarta, otherwise known as the mobile phone mall. I had to visit, I just had to,  and it was quite bewildering, shop after shop selling phones, some new, some used, and some shops just repair phones. Eventually I found what I was looking for, a new LCD for my Lumia phone. It was expensive but not as expensive as in the UK, so I bought it. Now I have three mobile phones! and no, I am not a drug dealer :) 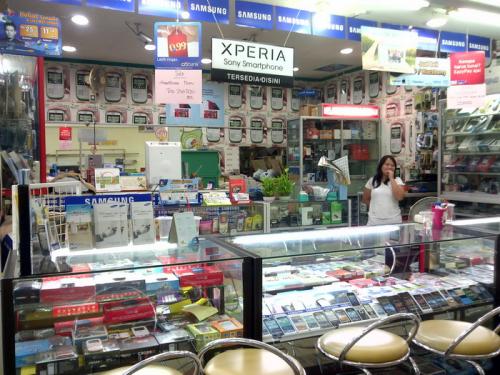 Roxy Mas
Oh, I am walking for designer Tri Handoko's show on 1st December, very much looking forward to it.