What is missing from GuardianJakartaWeek and similar 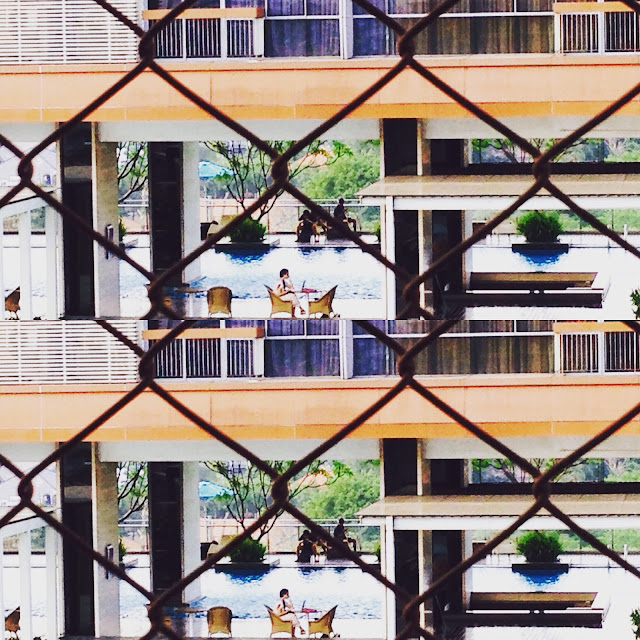 If you are a Guardian reader you will probably know about  Guardian Cities and the fact that this week from 21st to 25th the chosen city is Jakarta.  Opening with  a few engaging articles on the megalopolis and with an invitation extended to readers  to contribute images, I got really excited and then regretted I was no longer in Jakarta, where in 2015 I spent three months, from September to December, researching Indonesian fashion - not my first visit to Indonesia, I should add, but definitely my longest stay in Jakarta. But the disappointment did not last long  because I  decided to contribute to the instagrammed flow of images anyway and retrieved some of my pictures from last year, making it clear I was no longer a temporary resident of Jakarta but I still wanted to share my love/hate relationship with this city which I now miss terribly, but whose horrendous traffic drove me totally mad, please excuse the pun. And Guardian Cities  liked one of my images on Instagram!
In case you have not seen the call to contribute here it is:

"Jakarta is quite a flat city: there aren’t steep streets or hillside neighbourhoods. So where do you go to get a great view over the city? Share your photos of your favourite views in Jakarta and where you can see them from. You can share pictures on Twitter and Instagram using the hashtag #GuardianJakarta or Whatsapp us on +447881337758."


I interpret 'view' quite broadly and among my pictures there are some to do with fashion as well as some taken on the rooftop of  buildings in Kemang, where I was based.  What is, after all, a view? 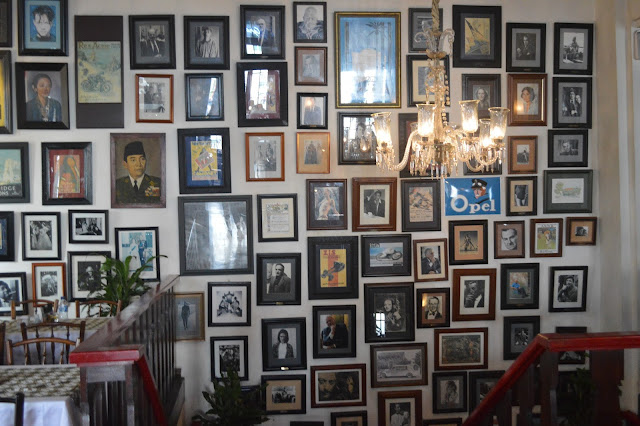 Inside the Batavia Cafe, Old Batavia
I enjoyed reading the Guardian articles, especially the one by Elizabeth Pisani, author of the excellent  Indonesia Etc: Exploring the Improbable Nation. Yet Pisani  was apparently annoyed by the Guardian headline given to her article by the editors which she thought was a mismatch with the content of her piece. Thus she immediately wrote another article  and swiftly published it online, What you can't say in the Guardian . She is at pain to clarify that - I quote -
"the world can continue to ignore Indonesia because, despite the screeching of para-religious “mass organisations” and the machinations of their political puppeteers, the country’s leaders and most of its citizens understand the art of compromise. I believe that the nation will continue to manage the balancing act of democracy successfully. Thus, no major meltdown. Thus, no headlines in the global media, and no great demands on international attention. Sometimes, (other people’s) ignorance really is bliss".

Maybe I am dim, but I can't see why the Guardian headline is so offensive.  For one thing the world had better not ignore Indonesia because of its important role as a business partner - a country with so many million people, how could it be ignored?
Am I being too simple?
Pisani's point was political and she somewhat resented the attention the Guardian is giving to Indonesia for reasons that are not immediately apparent. I have been wondering why now, I must confess. But truly I don't think the headline was particularly offensive nor did it sound sinister. It said - again I quote -
"the world can’t afford to ignore this diverse archipelago any longer – its eager and savvy democracy, big workforce and brightening outlook demand attention".
I  don't get Pisani's point. It's not as if she has been censored by the paper. As she says herself the article is just as she wrote it. So what, then? This whole controversy will remain a storm in a teacup, for me. Maybe Pisani wanted to write the headline herself, but it is a well known fact that the editors of a paper advocate to themselves the privilege of writing headlines.  They are paid to do it.

Anyway, Pisani's views and the Guardian's ulterior motives aside, I think that even though right now everyone is quite worried about the outcome of the Ahok's blasphemy case to the point that it is even thought there might be a coup when the planned mass protests take place on Friday - but I believe this is mere  alarmism -  I also  think that there is something in particular from Indonesia that ought to be paid attention to.  That something is  fashion.  Here I do not necessarily mean 'hijab' fashion which seems to have become the only fashion made in Indonesia that is worthy of overseas attention, as the acclaim won by Anniesa Hasibuan  at the recent New York Fashion Week seems to demonstrate (and, equally,  the questions it raised).
As I have said elsewhere, Indonesian contemporary fashion design is dynamic and aimed at a global urban wearer. With  its roots in the textile tradition of batik, ikat and songket making, and the attempt of a great many Indonesian designers to integrate sustainability, through making clothes that eschew fast fashion production and consumption, the designs are aimed at  women and men whose ethnicities, ages, and cultures are as diverse as could be,
In other words, hijab fashion is but one of its expressions. 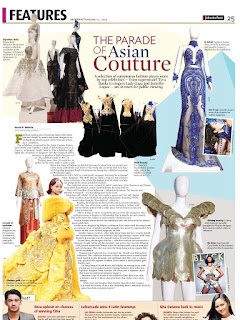 The designs rely on sartorial skills imbibed from the Italian, French and British ‘schools’ of fashion design, combining classicism with avant-garde married to a distinctly Indonesian aesthetics, with fabrics sourced from the time honoured tradition(s) of artisanal textile production, in combination with other contemporary materials, mixed in innovative and surprising ways.
Yet not much is known about Indonesian fashion, apart from a (politically motivated) overly attention to hijab fashion.
The fashion world is extremely ethnocentric. This is why the NWFC (Non Western Fashion Conference) came into existence in 2012 "with the goal of disrupting the persistent euro- and ethnocentricity in fashion studies. NWFC operates within a new fashion paradigm".
I cannot but welcome initiatives such as this.
As for the interest of Global Cities in Jakarta, I do hope it will go beyond predictable views of Betawi folklore, dukun (already featured) and maddening traffic jams. How about viewing the  creativity in design and fashion that is concentrated in Jakarta, from initiatives ranging from  Fashion First to other fashion displays?
That too is a 'view'. 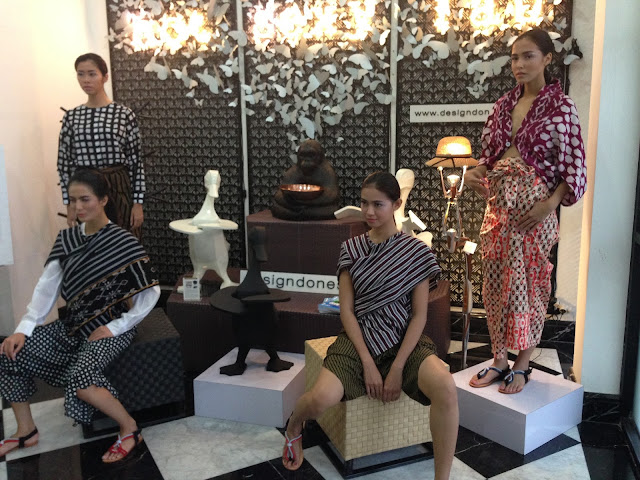