#8 At home...with more books and my thoughts 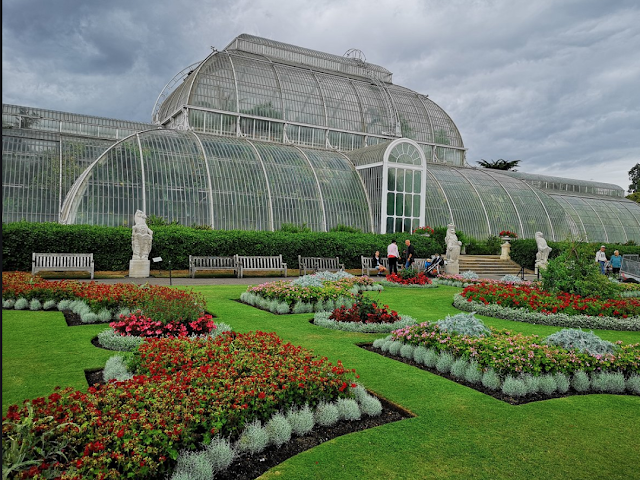 I can't wait to end this enforced stay-at-home, like most of us. When I go out, I see that people tend to regard the lockdown as more or less over - masks have disappeared, social distancing is observed with much laxity, the weather is gorgeous so everyone tries to be in parks and outdoor spaces. The Dominic Cummings affair has also upset, rightly so, several people and many are deliberately breaking the lockdown rules, in the belief that 'if he did it, so can we'.
I am waiting for my favourite park, Kew Gardens,  to reopen (on June 1st) and then I will venture out there, I will be renewing my membership soon. Entry to the  Gardens is not free and this means many people will not go; consequently, it will be far less crowded than other spaces.
Being at home all the time has brought on some mild agoraphobia. I have never liked crowds, a contradiction, really, since I live in a metropolis, but now going out feels like a major undertaking, just walking to the supermarket makes me a little anxious.
Overall, I don't mind being home, I have been able to fill my little balcony with plants and looking after them has taken up a lot of my time - when it was very windy, a few days ago,  I really feared for their safety (and that of my downstairs neighbours) and fiddled with pieces of string and superglue to make sure the pots would stay in place after one of them was smashed by the gale-force wind.
Reading, of course, is still my favourite activity. The Don Quixote spell is over, and now I am reading -belatedly I know, I should have done it long ago - Hilary Mantel's Wolf Hall trilogy set in the times of Henry VIII and following Thomas Cromwell's rise and fall. I did watch the TV adaptation a few years ago and relished it, the acting was excellent, I am moreover a great fan of Mark Rylands. (Thomas Cromwell), whom I met many years ago when he was not yet famous and led a William Shakespeare Walking Tour from Westminster Abbey to the Globe.
I thought Anne Boleyn, beautifully played by Claire Foy who was able to bring out all her contradictions,  did not come across as particularly likeable as a character, nevertheless. Anne is portrayed as petulant and ungracious, constantly belittling 'bastard' Mary Tudor, also known as 'Bloody Mary' when she finally ascended to the throne, daughter of Catherine of Aragon. Anne  constantly mocked her diminutive stature,  repeatedly referring to her as 'the dwarf' and even has a little woman (as we say today)  in her retinue, whom she rechristened Mary as she proudly tells Cromwell.  One is almost tempted to say 'good riddance' when Anne  is finally beheaded, except that, obviously, the punishment was extremely violent and, frankly, excessive.  But then she would not go quietly! What else could Henry do to get rid of her?  Henry is...let's not discuss Henry, I positively dislike him,  even if I take into account that he was a 16th-century monarch. But the actor, Damian Lewis, makes an almost likeable and definitely very dashing Henry VIII. 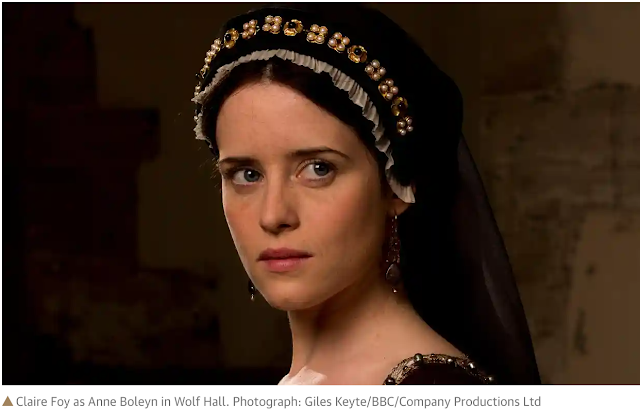 In fact, Hilary Mantel has penned a great portrait of Anne Boleyn, in the book,  but also in articles (see this one) though I would not go as far as calling Anne a feminist.  Anne Boleyn has always had supporters and detractors, I am neither. I see her as a woman of her time, ambitious and out for herself which is not necessarily a bad thing. Maybe she really did sleep with her brother to beget a son,  since Henry was not always obliging in the bedroom, having already taken up with Jane Seymour and Anne felt she was running out of time. Maybe she did not. She was condemned to die as she was found guilty of treason, however, not witchcraft, as many seem to think.
I do not believe that just because Anne was a woman I should like her, nor do I think it is useful to put feminist tags on women who lived in pre-modern times, feminism did not belong to the 16th century. The Tudor court was a very treacherous environment, it goes without saying, and Anne had to learn to navigate it as best as she could. Her daughter Elizabeth became the most revered English sovereign ever, but Anne was not around to see her triumph.
Anyway, the Trilogy will keep me going for a while. As soon as lockdown is over, I plan to visit Hampton Court again. There will be no summer holidays abroad this year, so I shall have to make the most of what is available here and turn myself into a tourist, as if visiting London for the first time. Let's hope the weather will not disappoint. 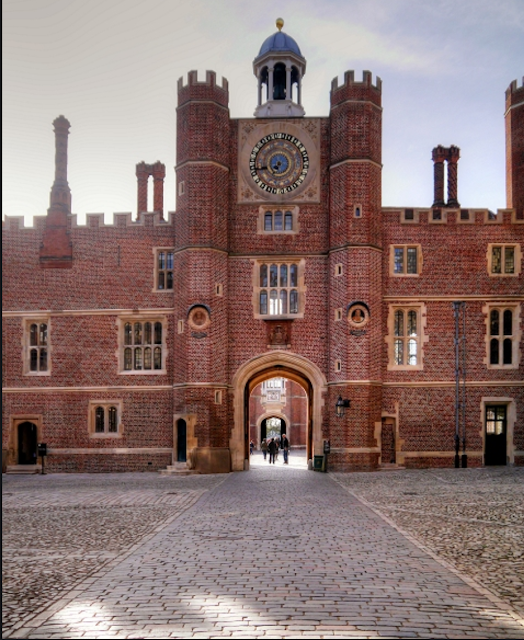 I wrote  'my thoughts' in this post's title. The following remarks have nothing to do with my books which really are my best friends at the moment, but I need to mention these 'thoughts'.
I don't know about you, but I am very tired of friends who keep on sending via WhatsApp videos which are meant to be uplifting or who send various bits of news, mostly fake news, as if I were unable to access news channels. And if I politely ask them not to, they launch into a long tirade about me putting my head in the sand like an ostrich. Then there are those who think they have to tell me about all their woes in long WhatsApp messages, which keep coming in, and those who simply have to send me pictures of the cakes and various types of bread they bake. These are things for Facebook and other social media, not for sharing among friends and acquaintances through WhatsApp, Messenger or even  Skype!
I am too polite to block people, but fortunately, WhatsApp allows you to mute. When I get all these messages I just thank people with an emoji and don't bother to read their entire texts. What is this urge to share absolutely everything? Do people not believe in privacy anymore? Do basic rules of politeness no longer apply? Why should everyone be interested in absolutely everything you do?
Sure, there are very personal things I share with my sister (my sister, not a stranger and I am allowed to quarrel with her, that's what siblings do) or with my son and his family. I love getting pics of my granddaughter, for example,  but will think not twice but two hundred times before sending them to others, unless they specifically ask for one (and even then I am most careful, as my son and his partner are fiercely private people).
Social media has turned all of us into narcissists and the lockdown has made it worse, with selfies taken in the shower or in bed,  Tik Tok galore, people posting pictures of deserted city streets taken on their morning or evening walks. However, I can scroll through a social media feed and then forget all about it,  and move on.  But the constant ping of inconsequential WhatsApp messages irritates me, this is why I have been making ample use of the 'muting' facility.
Ghosh, I have written a very long post and about different topics too, there's two different posts squeezed into one.
Never mind, I shall do better next time!
#reading #wolfhall #hilarymantel #tudorlondon #privacy #muting #whatsapp #socialmedia #narcissism