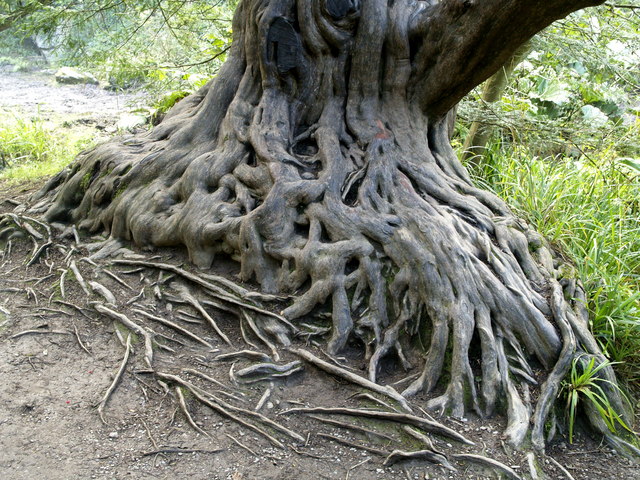 I have a phobia of contorted tree roots,  I really fear them. I cannot look at them, when I encounter them in real life or in two-dimensional images, a physical sensation of aversion grips me and makes me feel like running away or, at the very least, shut my eyes.

(Choosing the visuals for this post has involved confronting this fear and I think I have managed, in  the space of one afternoon, to allay it, just about).

At the same time, I am deeply fascinated by them, it is the appeal of monstrous beauty, as discussed by Umberto Eco in his Bellezza, storia di un'idea dell'occidente, 2004 (translated into English as 'On Beauty. A history of a western idea'). I remember my visit to Angkor and the Bayon in Cambodia, back in 1998, and the effect that Ta Prohm (also known as the 'Tomb-Raider ' temple, because it features in the movie) had on me, with its crumbling walls strangled by overgrown century-old fig, banyan and kapok trees. Strangely, I was not repelled but watched mesmerised, caught up in the eeriness of the place, the strange trees mingling with temple towers and façades. I even fantasised about living in a place like that, picturing myself as a modern-day dryad. 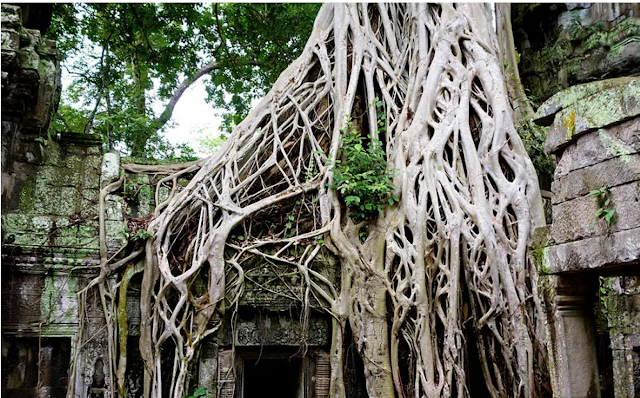 I have often read that growing wisteria indoors might lead to it swallowing up your walls in a similar manner. I vaguely remember that this was happening to my childhood home where at some point my father quickly got rid of the invasive wisteria on the large, front balcony of our house as it had shown signs of threading itself into the wall cracks, thus dislodging the masonry. I am currently growing wisteria on my modest balcony and am secretly hoping it will spread exuberantly and who knows, perhaps, slip through the wrong side of the balcony door? (I am JUST kidding).

'Roots'  have such a significance in our psychological makeup and our sense of identity, it is likely that seeing twisted roots evokes fear in me because the image reflects a complex, disordered, turbulent inner landscape. A recurrent nightmare of mine is me having to walk through twisted tree roots that keep on changing shape. I wake up in the middle of the night stifling an Edvard Munch-style scream. It is not pleasant. I have such a dream when I am particularly anxious and insecure, I feel suffocated. (When I was training as a psychotherapist and had to undergo an obligatory period of therapy myself, it was suggested that this might have been because as a young child I could have been locked up in a cupboard. I have no recollection of such an event, but I cannot rule out it happened). 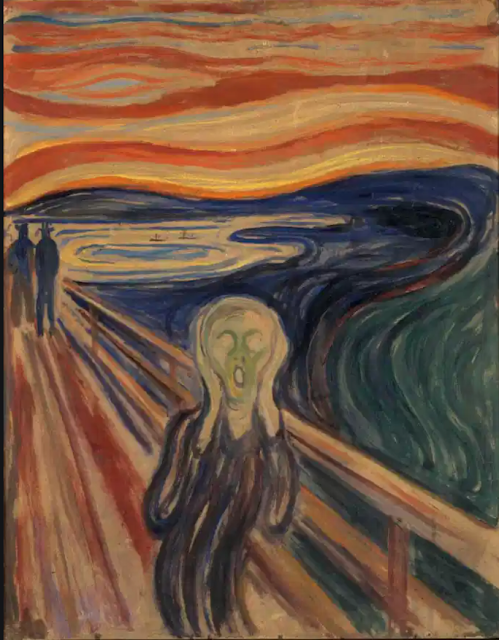 I connect roots to attachment, the theory formulated by Bowlby in the 1950s, and further expanded upon by Lorenz, Harlow and Neufeld. The latter talks of the six roots of attachment which need to be cultivated in a baby, as the emotional attachment between babies and their main caregiver constitutes a blueprint for interactive relationships in their adult life, wholly dependent on non-verbal bonding. Insecure attachment, write  Segal and Jaffe, can variedly affect our adult relationships "The powerful, life-altering lessons we learn from our attachment bond—our first love relationship—continue to teach us as adults. The gut-level knowledge we gained then guides us in improving our adult relationships and making them secure."

There is a lot you can read up on the topic of attachment, from light-hearted articles to more serious essays. I mentioned it in passing; it was not the main point of this post. 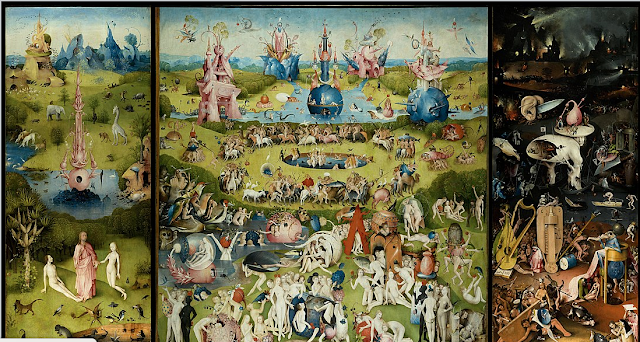 What matters to me - and I think I am getting there -  is conquering my aversion to twisted roots and learning to see them as beautiful, because the divide between ugliness and beauty is permeable - think of the Garden of Earthly Delights, by Hieronymus Bosch, where the creatures of Hell are even more beautiful in their complex, monstrous forms than the angelic beings of Paradise.