The 40 rules of love of Shams al Tabrizi 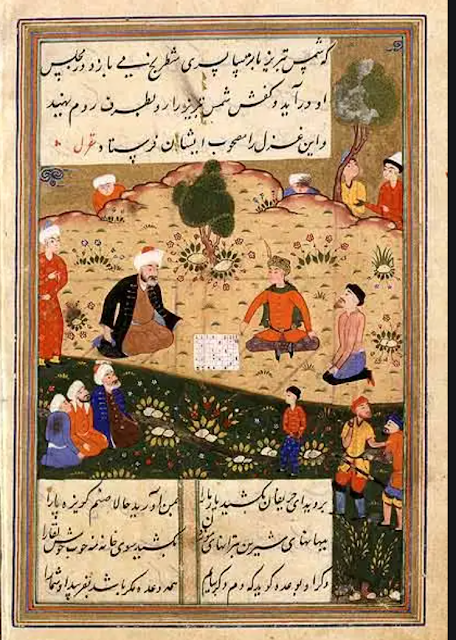 It is with some trepidation that I write about Mawlānā Jalāl ad-Dīn Muhammad Rūmī and his spiritual master  Shams al-din of Tabriz, as there is already so much material available and written by people with a more in-depth knowledge of Persian poetry than I have.

However, Rumi is not just a Persian poet, he transcends boundaries. Nowadays he is one of the most quoted poets to be found on the internet, everyone seems to have read snippets of Rumi's poems. There are websites with the 'best quotes from Rumi', and you can even get them by email every day if you sign up.  New Age gurus have appropriated Rumi, divesting him of his Islamic cultural roots, as pointed out by Rozina Ali in a 2017 article in The New Yorker.  There was even a Hollywood movie planned in 2016 about Rumi, with Leonardo Di Caprio favoured for the role - it sparked a controversy about whitewashing Rumi, but Di Caprio's agent issued a disclaimer.

There are interpretations of Rumi's love for Shams al-din of Tabriz as being homosexual physical love,  which of course have been amply rebutted.  Rumi and Shams were very close, and Rumi addressed many of his love poems to him, feeling bereft by his disappearance, when Shams was no longer to be found, possibly murdered. But their relationship was based on a spiritual bond, underpinned by Shams' allegiance to Sufi ideals of ecstasy and divine love, which he passed on to Rumi. In any case, what does it matter if they were lovers? Shams inspired Rumi who went on to be a true poet from being just another religious scholar, as a result of his meeting with the much older mystic.  Shams unlocked the poet in Rumi. 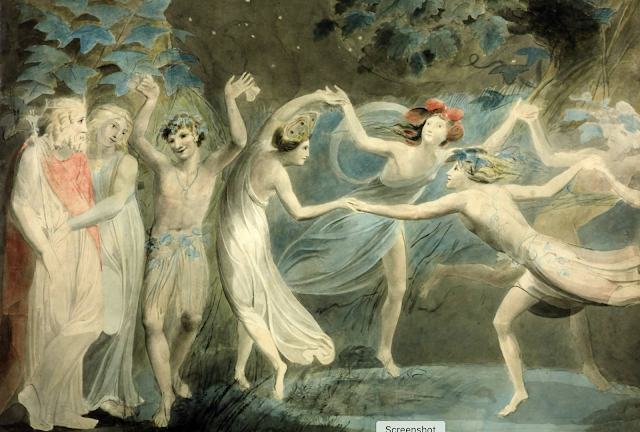 Here I cannot help thinking of another great poet and supreme playwright who sang of love, from a different tradition, that is, William Shakespeare. Shakespeare's  sonnets were addressed to a young man, variedly identified by scholars.  Sonnet 20 holds some vital clues as to the sexuality of the narrator, William Shakespeare himself.

Love was also the subject matter of another Shakespearean work A Midsummer Night's Dream and despite the comedic format, there are disquieting undertones and a depiction of the clash between dream and reality.

(Titania's infatuation with Bottom should be a point of reference for all women  who dreamily fall in love with unsuitable men, only to wake up from their 'slumber' and  find out they have been  loving someone who was uttterly unreal. It happens to men too).

Rumi has often been compared to Shakespeare. Some scholars have found similarities between Rumi and Shakespeare, the common thread being the influence of Neoplatonism on both.  But there is no direct connection between them even though some writers have been at pains to demonstrate that Shakespeare had read Rumi. 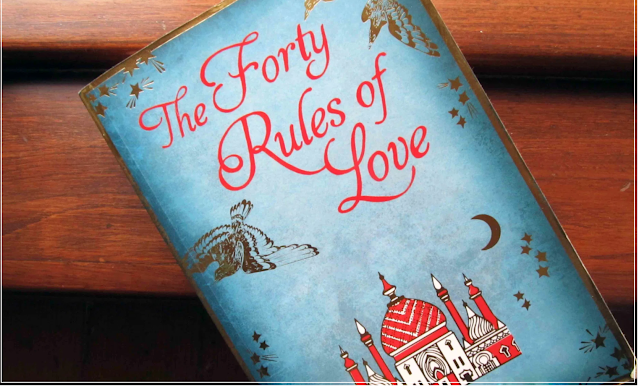 But back to Rumi and Shams in particular.  Shams Tabrizi formulated 'The 40 Rules of Love', also the title of a contemporary novel by Elif Shafak, soon a Netflix series, which focuses on the transformation brought about by love, interweaving the narrative of Rumi and Shams with that of an American housewife, part-time literary agent, who falls in love with Zahara, the author of a manuscript about the Persian poet that she had been given to appraise. Shafak intersperses the rules throughout the book.

The rules were elaborated after the two men spent a period of 40 days of intense meditation in a cave. There are beautiful Persian miniatures illustrating the 40 rules, it is a subject matter that has been amply exploredin this genre of painting.

Rule 11 particularly resonates with me.

"The quest for Love changes users. There is no seeker among those who search for Love who has not matured on the way. The moment you start looking for Love, you begin to change within and without".
As I said,  there is much you can find on the internet about Rumi and Shams Tabrizi from scholarly  works to blogposts.  The blog Iran Territory (link above) lists them all.
I would recommend you do your own search. You will find something written about Rumi and Shams that speaks to you.