Gentileschi and other Italian women painters of Renaissance and Baroque 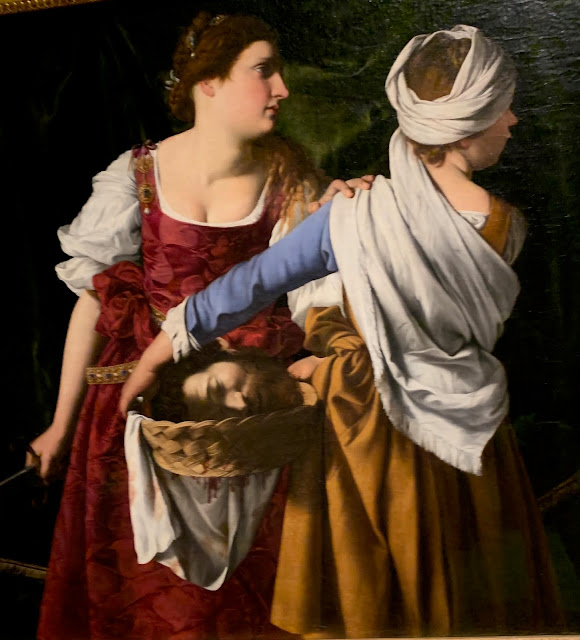 Before the second lockdown, I was fortunate enough to be able to view the Artemisia Gentileschi exhibition at the National Gallery. It's a great exhibition, which of course cannot be seen at the moment, but hopefully the Gallery  will reopen to the general public when this lockdown is over.

Of Artemisia Gentileschi I have written in several blogposts, such as this one (you can do a search for the others) thus I will not repeat myself. A friend I met at the exhibition -  did not recognise him at first, it is difficult when people wear masks - wondered whether there were other famous women painters prior to the 19th and 20th century. Was Artemisia an exception? She was definitely very talented, a star among painters, but no, she was not unique. There were other women in Italy and beyond, who painted. The point is that art history books have,  by and large, been written by men - or perhaps I should say were - so it took a while for female talent to be acknowledged. 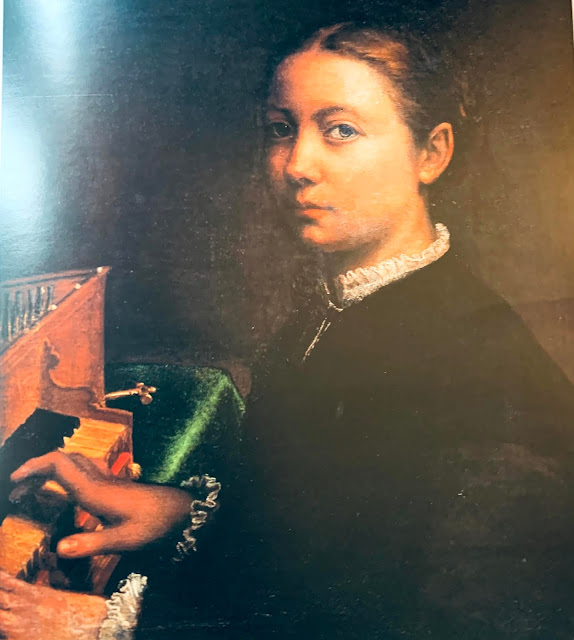 But women were indeed very active as painters during the Renaissance and the Baroque. In Picturing Women in Renaissance and Baroque Italy (1997) with 'picturing' meaning both women who painted and women as they were represented in paintings, a number of art historians of both genders discuss the phenomenon of nuns as artists, and noblewomen as patrons, and write about the celebrated Lavinia Fontana, a Renaissance painter from Bologna, daughter of a painter, who achieved fame for her portraits of nobildonne, gentlewomen, to whom she had privileged access, by virtue of being a woman. The volume highlights the role played in early modern Italian culture by women as subjects, producers, patrons and viewers of art.

Italian Women Artists from Renaissance to Baroque is the title of an exhibition held in Washington DC in 2007. I did not see it, but I have with me the catalogue with a number of illuminating essays. The exhibition comprised the work of 17 artists, starting with the 15th-century abbess Caterina Vigri, from Bologna and ending with Elisabetta Sirani, also from Bologna but separated from Vigri by two centuries and painting in a very different style. The others are Properzia de Rossi, Eufrasia Burlamacchi, Plautilla Necchi, Sofonisba Anguissola, Lucia Anguissola (her younger sister), Diana Scultori (aka Ghisi), Lavinia Fontana, Barbara Longhi, Fede Galizia, Lucrina Fetti, Chiara Varotari, Elisabetta Cattanea Parasole, Artemisia Gentileschi, Orsola Maddalena Caccia e Giovanna Garzoni. All these women were figlie d'arte - daughters of art - in other words, born in a family in which painting and sculpture were the main activities. They showed talent and began to receive commissions, but their work was always regarded even by themselves as 'that of a woman', except in the case of Artemisia. In her interactions with patrons and would-be-patrons, she emphasised that hers was  a male brain (and talent) in a woman's body.  It was this perceived extraordinariness that valorised these artists' work, the underlying principle being that women, as women, could not produce excellence. 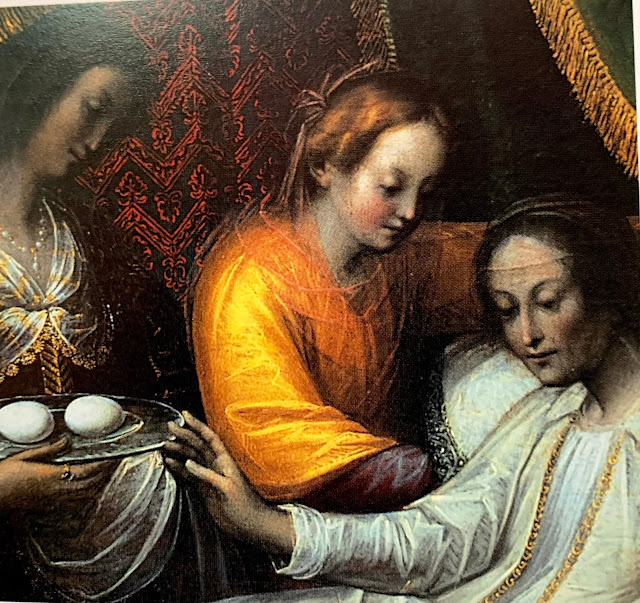 I am particularly interested in the women painters who made work in Naples and the South of Italy. We know that Artemisia Gentileschi was most productive when she established her bottega or atelier in Naples and we also know from art historian Ornella Scornamiglio of other women painters from Naples and surroundings such as Mariangela Criscuolo, Luisa Capomazza, Annella De Rosa, Caterina de Julianis. These are women mentioned in passing in works that discuss known male painters and one wonders about the many others who collaborated with their fathers or husbands and whose work is now lost. 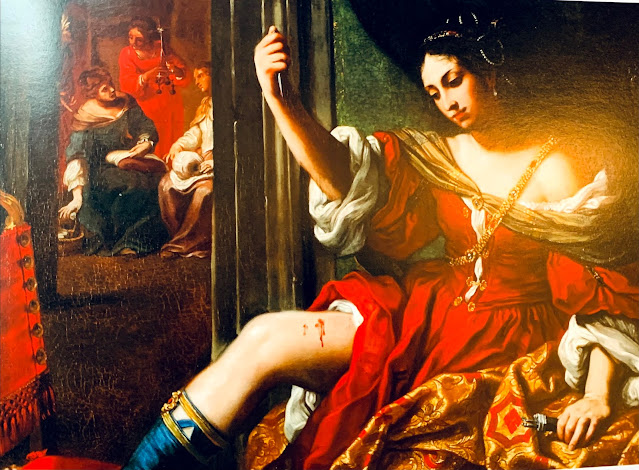 As Scornamiglio writes, Rosalia Novelli, Mariangiola De Matteis, Angela Maria Beinaschi, Cristina Beltrano, Angela Siscara, Angela Mansini, Elena Recco are almost totally unknown. Nothing is also known of other daughters of painters,  even in the case of the daughters of  Artemisia Gentileschi and Teresa Del Po, nor do we know of the pupils of Mariangiola Criscuolo or of Sister Maria de Dominici and many more.  The Neapolitan Baroque saw the rise of practitioners from the whole of southern Italy, among them De Rosa, Ribera, Giordano, Solimena who are regarded as part of the Barocco Leccese - but of the women of their household who worked with them, as that was the practice at the time, nothing is known.

Why do we want to know about women artists? Clearly to redress the balance and understand that artistic talent should not be gendered, without denying that issues of gender do affect visual culture and in turn the visual culture of a given time is affected by them.