The colourful exploits of a beautiful Renaissance aristocrat 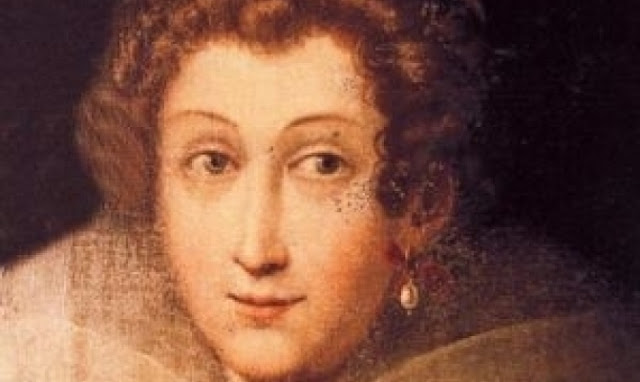 You may be familiar with Gina Sanseverina, the Duchess portrayed by Stendhal in his masterpiece, The Charterhouse of Parma (1839), a novel  praised in turn by Honoré de Balzac, Lev Tolstoy, André Gide and Henry James, as groundbreaking.  It seems that Stendhal's inspiration for the character of Gina was Barbara Sanseverino, Duchess of Sala, a Renaissance woman for whom the celebrated poet Torquato Tasso (he of The Jerusalem Delivered, 1581)  composed a  theatrical prologue, and passionate sonnets, a woman of great beauty known for her ability to stage elaborate games, involving masquerades and more, in the spirit of Renaisssance court  entertainment. That the games included bedroom antics is to be taken as a given. The Duchess of Sala behaved rather freely and was a most charming, refined, sophisticated companion. Renaissance court life was lascivious, and a noblewoman's ability to entertain at all levels was highly prized. 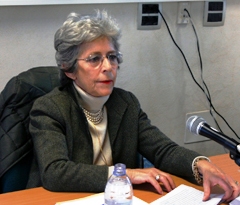 In a new biographical account, the Italian writer and academic Gigliola Fragnito, a specialist of this period, author of countless studies  and of a  biography of Clelia Farnese, set in Counter-Reformation Rome, tells us the story of Barbara Sanseverino, her penchant for and ability to entertain, her love affairs and, most of all,  her tragic death by decapitation, on a charge of lèse majesté, due to her alleged participation in a conspiracy against the ruling Duke of Parma, Renuccio.

Fragnito has a personal investment in presenting to us the multi-faceted, unconventional Duchess of Sala. From her mother's side, Fragnito is a Sanseverino of Bisignano, a branch of the family. Barbara Sanseverino, from the Caiazzo side,  had no issue, thus Fragnito is not a direct descendant. But Fragnito was always greatly fascinated by the Duchess, and indeed wrote the book while staying in a small house located in the grounds of the Palace, currently belonging to the Caiazzo family. Thus, as she says, she wrote in the knowledge that whenever she went for a stroll in the beautiful gardens she treaded on the Duchess' steps.

Among the women of the day,  Barbara Sanseverino shone for her beauty and her ingegno (wits), living a life of unusual independence from male control and always willing to push boundaries. Several princes were infatuated with her.  Energetic and resourceful, she was a first-class reveller and an indefatigable organiser of games, which were indeed all-important at court.

As for her role in the conspiracy, this may have well been inflated, bolstered by her ludic persona. Her death was marked by indignity. The executioner failed to kill her instantly and had to change weapon, the crowd demanded that her dress be lifted and the executioner slapped her naked bottom before using a smaller axe, normally employed for animals - there was no guillotine (a French invention)  in those days. 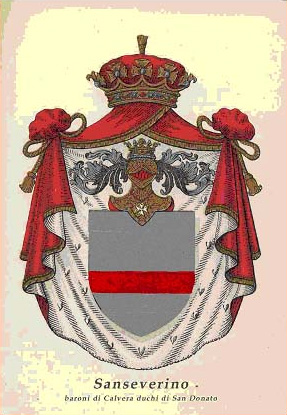 Severino was a pioneer and paid a high price for her freedom. As  Fragnito says,  in the sordid conspiracy affair she was a  loser,  above all, for her challenge to social conventions, despising all conformism,  and adopting behaviours that did not suit her gender within the rigid constraints of her time. It will be a longtime before  a woman will be  allowed to cross the boundaries of the narrow perimeter that social norms had assigned her and that Barbara Sanseverino repeatedly overstepped.

This was her real crime. Today, we salute her as a strong-willed woman who asserted her independence at a time when most women had none.