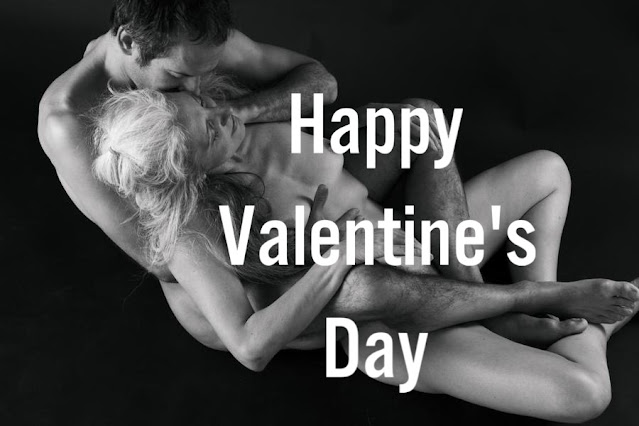 Card made using one of Michael Culhane's photos, with myself and Mike Cooney as models

Valentine's Day has a long history but it came to prominence in the 20th century when it became a rather commercial celebration in the English speaking world. By way of imitation, it spread to other countries around Europe and also in the Far East, in the same way that Halloween has.

When I was growing up in Italy, Valentine's Day was not all that popular. We did not get 'valentines' in school, and receiving a 'valentine' was not a measure of a girl's popularity.

But when I moved to the UK  at the end of the seventies,  I became more and more aware of the significance of Valentine's Day.

It sure matters. Valentine's Day is mostly about lovers but friendship is also celebrated. In pre-Covid times Valentine's Day was when restaurants were at their busiest, as well as florists.

I still remember the year - it must have been 2010 - when my son, then at university and very much in love with a very sweet girl, a bit younger than him, asked me to make myself scarce on Valentine's Day as he wanted to cook her a meal and propose. He even asked for my engagement ring, which was not amazing, but he could not afford to buy a new one. I complied, fervently hoping the girl would see some sense and would not accept a proposal from a (then) penniless student. She said 'nyes' (which later became 'no') and then I knew she was sensible and took to her at once.

As for my son,  he is now, several years later, happy with someone else and they have a wonderful little  girl... 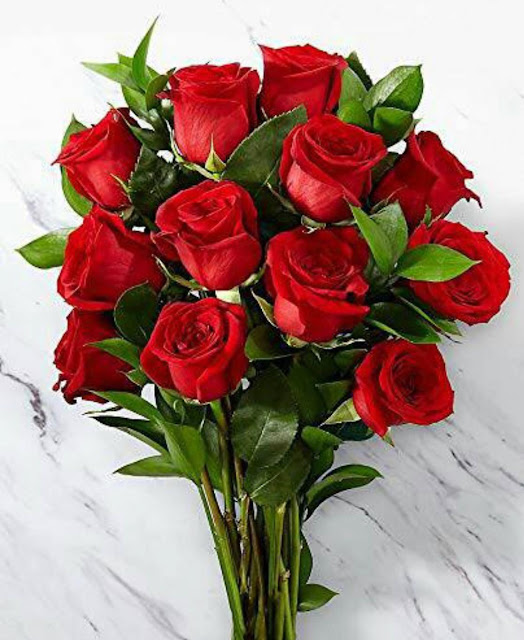 No matter what, if I do not get flowers and cards on Valentine's Day I do feel something has gone awry. These days the flowers are mostly virtual and so are the cards. A former boyfriend of mine regularly sent me, for years, eye-catching cards, through the post, with his own poetry (rather imitative, but I never told him)  then he stopped. I was surprised but was also glad he did. Yet I kind of miss it now,  it was fun after all. You never realise the value and importance of what you lost until you lose it.

Today I bought myself roses from my local Waitrose. I always buy myself flowers, I just love them, but today I bought myself some red roses. There was a rather frantic young man who wanted a single, long stemmed red rose, just the one, and could not find any. It was late afternoon. 'Too late, mate' said one of the assistants. I don't remember ever seeing anyone so disappointed. He wanted to surprise his girlfriend...

I was feeling positively morose at the lack of 'valentines' and told a dear friend about it. Five minutes later he sent me a beautiful bunch of flowers (virtual of course). I was so moved, I burst into tears. 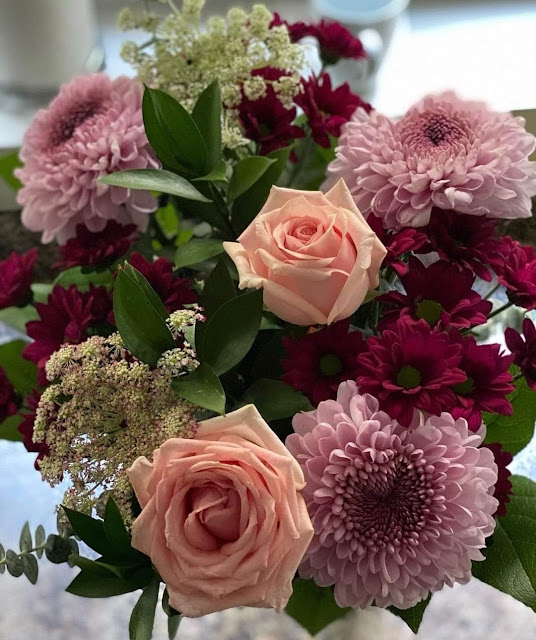 Valentine's Day can bring up lots of pent-up emotions. But it's worth remembering receiving a 'valentine' is nothing to do with your self -worth. At the end of the day, the most important love is the one you give yourself. If you do not love yourself you cannot love anyone...