I am not going to say anything that has not already been discussed at length in newspapers and magazines, not to mention social media, but I do want to share my experience of travelling during summer 2021 and having to deal with health authorities purportedly protecting people from Covid19.

I took a break from blogging whilst travelling, though I vented my irritation and occasional disappointment several times through social media. There is not a single country that is doing things right. However, I will refrain from commenting on those countries I have not visited and will limit my observations to the UK and Italy, since I only travelled there.

I left for Italy on 13th July.  Forty -eight hours before boarding my flight - on the day of that momentous football match between Italy and England which took place at Wembley stadium and ended with England's defeat,  I went to Heathrow to get my swab. I was stunned to see the proliferation of clinics where earlier there had been shops.  My swab cost me less than £30. On the way home, I saw many football fans who had obviously travelled and wondered why they had not had to submit any proof of negative Covid test in order to attend the match.  Perhaps the virus is a football fan and guaranteed immunity to other fans.

Before boarding my flight I had to show proof of my negative Covid test and had to fill in an EU passenger locator form, as also an Italian one. All my paperwork was in order, so off I went. Once in Italy, I was picked up at Brindisi  airport  by a (vaccinated) friend (who was my host for the first half of my trip). We went straight home where I began my five-day quarantine. Someone from the local ASL (Health Authority) called me giving me a long list of dos and don'ts, some of which were quite ridiculous but never mind. At the end of day five someone came from ASL and gave me a PCR test on the landing, for which I did not have to pay.  It was negative (I will spare you the details of how time-consuming and difficult it was to obtain the results,  I had to go and get myself a SPID  and so on and so forth). Then my holiday (it was also work for me, more about it in another post) began in earnest.

Italy is on the UK amber list. I waited with some anxiety for the update by the UK government on 19th July and on august 5th fearing that Italy might be put on the amber plus list, as was the case with France (now again on the plain amber list).  No  changes of note were announced.  Italy remained on the amber list.

Whilst in Italy I travelled around using a mask whenever required. I went by train from Bari to Turin, an overnight journey over which it is best to draw a veil, as it reached its destination with 75 mins delay - I applied for a 25% refund of the fare, as this is what customers were encouraged to do given the severe delay but the email I received conveyed the news that due to Covid, I would probably hear about the refund in 90 days. Amen.

Fast forward to my return to London. I checked all requirements once again and since I was returning to the UK from an amber list country and yet I was fully vaccinated (in the UK), all I had to do was take a swab (rapid test) up to 72 hours prior to boarding the flight, book and pay for in advance a PCR test on day 2 of my arrival in the UK from a recognised clinic and then fill in a passenger locator form for which the test provider duly forwarded a reference number at the time of payment. I did all that. 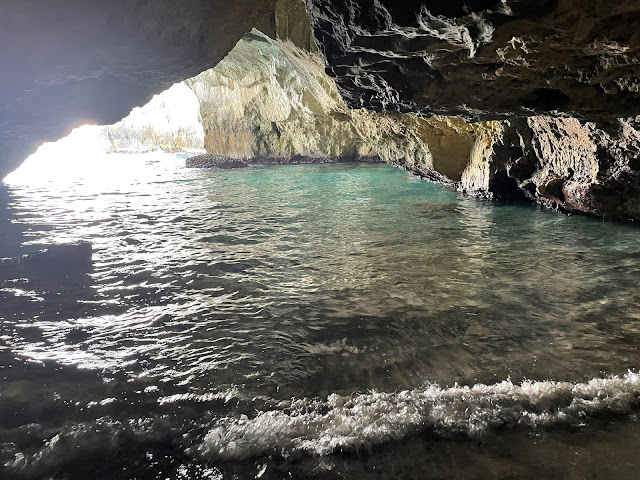 At Malpensa airport, in Milan, all they wanted to see was my passport and the result of my rapid test (which was negative and had cost me 25 euros).  At Heathrow, where I landed, no one wanted to see anything except my passport - incidentally, UK Border Agency staff are getting impatient by the second, using their voices at their loudest, marching people in and out of queues.  Perhaps they believe that everyone who arrives from an overseas trip is deaf.

Back home I expected to find the kit for the PCR test waiting for me - I had to pay for postage on top of the ridiculous fee. There was no test. I asked my lovely neighbour who usually takes in parcels etc - she is an absolute darling. No, she had not seen anything.

This morning I read that the competition watchdog is finally investigating the profiteering going on among firms offering tests.  Many such authorised providers charge exorbitant prices but kits go amiss, results are not communicated, it is basically what in plain English is referred to as a huge scam. 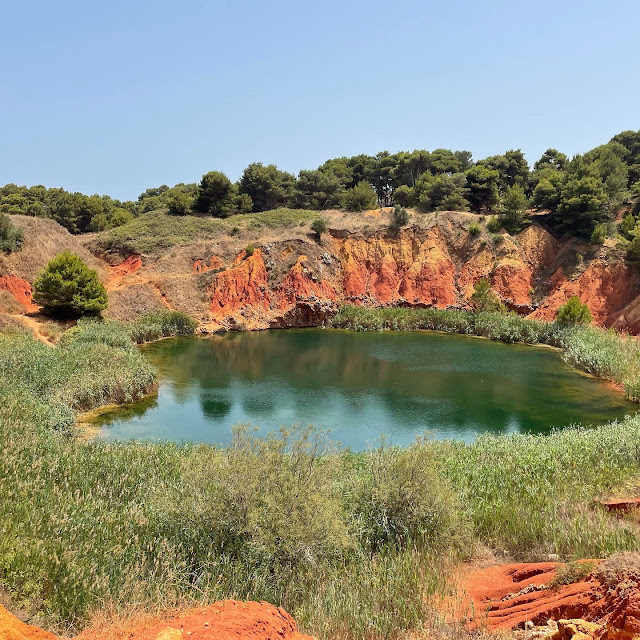 The Bauxite lake, near Otranto

Oh, I forgot to add that while waiting at Malpensa for my gate to be announced I decided to eat something, as I was positively starving, so I went to an airport café, only to be told that if I wanted to sit down I would have to show them my green pass (which I did not have since the NHS proof of vaccination does not count in Italy), but I could 'take away' the food and eat it standing up, using one of the small tables with no chairs placed at the entrance of the café space.

Welcome to the idiosyncratic travel rules implemented by UK and EU at the time of the pandemic. Not to worry, it does not put me off, I shall continue to travel, regardless. Next destination: Morocco, around October. Let's hope there is no new Covid 19 wave to ruin my plans.

(I have chosen random images from my trip showing it was indeed fun, despite the hassle of PCR tests)