The Migration Museum In Lewisham 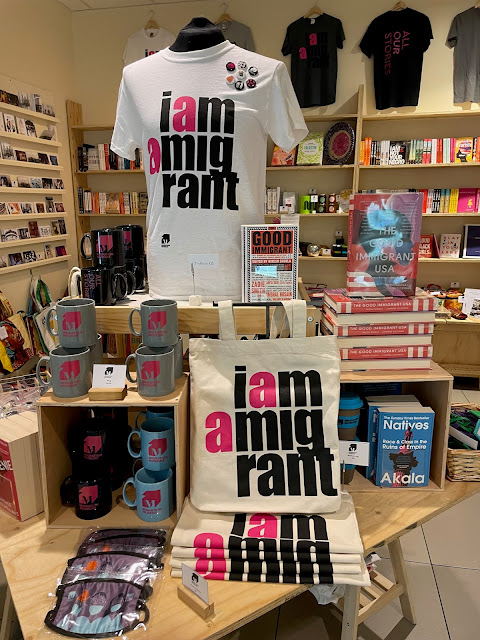 When I found out there was a new  Migration Museum in London, I got rather excited and decided I had to go and have a look. I still remember the exhibition Suitcases and Sanctuaries at 19 Princelet Street, in Spitalfields, the first museum in Europe dedicated to immigration and diversity - now closed - and the questions by which it was driven " Is Britain truly a country of settlement? Why, for centuries, have people come here? Why leave their homes? What did they leave behind - what did they bring?" Several years on, the questions have not lost relevance.
A museum focussed on educating the UK general public on the significance of migration in our past and recent history, and in our present times is definitely timely. Almost every day we are bombarded with alarmist cries concerning the arrival of refugees on our shores, whom our esteemed Home Secretary Priti Patel would like to send to some camp specially created for them to languish and die, in Botswana, or perhaps St Helena, in other words, as far as possible from the UK.
People have strange views about migration. Yet most of us are migrants or descended from migrants and British people have done quite a lot of migrating themselves.
I had some time to spare today so I went to Lewisham on the DLR and visited the Museum. It's housed in Lewisham Shopping Centre, between TKMaxx and Starbucks. The Museum does not have a permanent collection of artefacts, it is not part of its mission. It has instead a programme of events, educational workshops and temporary exhibitions, where often the objects on display are given on loan by members of the community. 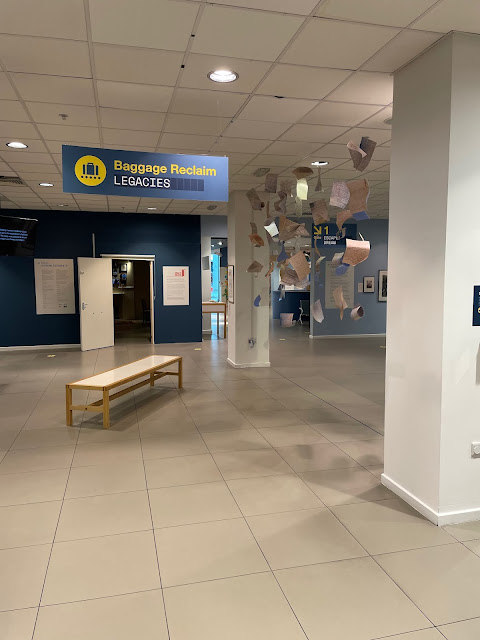 Lewisham Shopping Centre is a temporary home for the Museum, the idea is to create a national Migration Museum which will explore 'how the movement of people across the ages has shaped who we are - as individuals, as communities and as a nation'.
I have enjoyed viewing Departures, a new immersive exhibition that tells the story of 400 years of migration from Britain, beginning with the Mayflower. Mimicking an airport experience, visitors travel, starting in a ‘Departures Lounge’ with guidebooks for emigrants and an animated timeline, moving through ‘Passport Control’ to a series of themed ‘Departure Gates’ exploring different reasons and motivations for leaving, and finishing in an interactive ‘Baggage Reclaim’ hall in which visitors are invited to share their thoughts on the complex legacies of British emigration.
Room to breathe, another exhibition, is still on, co-running with Departures. It tells the story of new arrivals to Britain, in their new homes. It is about fragments of daily life, with a narrative that does not specifically refer to any individual, but can be taken to be representative of the life of migrants in their new community and the hardships they have suffered.
Other London museums have focussed on migration through temporary exhibitions during 'Refugee Week' eg the Imperial War Museum as also the Museum of London. 'Refugee Week' has been running since 1998 and is held every year in June, in connection with World Refugee Day. Usually, during this time, there are various events and exhibitions designed to encourage an understanding of why people are displaced. 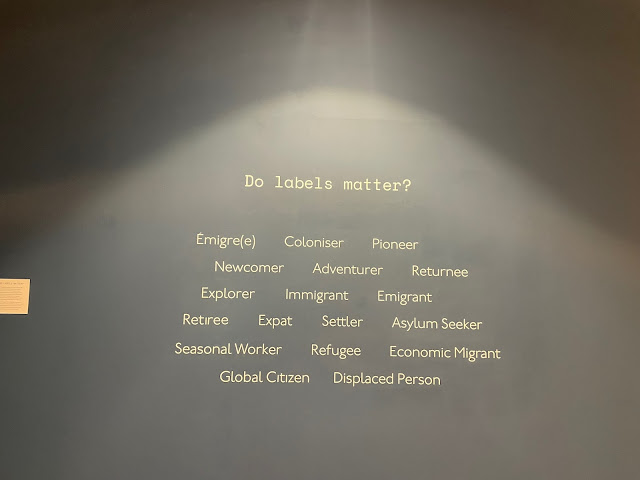 The Migration Museum builds on the work commenced at 19 Princelet Street and is meant to be a dedicated space to explore the experience of migration in all its hues. It reminds me, in some ways, of the Museum of Homelessness founded in 2015 by Jess and Matt Turtle, a community-driven social justice museum, which does not yet have a permanent home but works on the basis of temporary exhibitions, whose aim is to educate people about homelessness and empower those who have experienced it.