If her name had been Natalie... 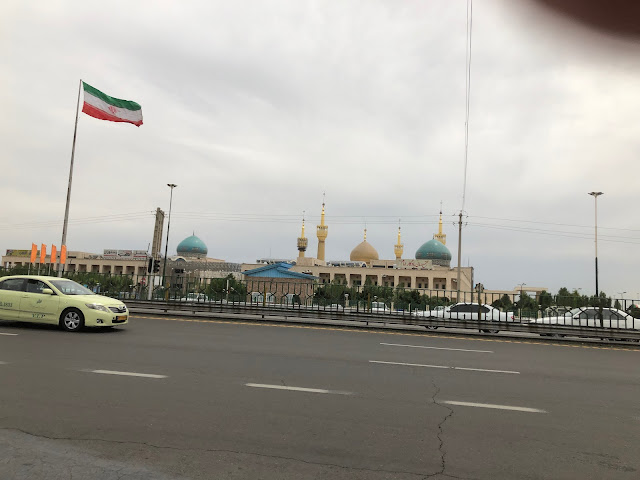 Nazanin Zaghari -Ratcliffe was finally released last week, after six long years in an Iranian jail for crimes she never committed. She had been held hostage by the Iran government together with a sizable number of other dual nationals such as Anoosheh Ashoori, because of an outstanding debt of £400 million, dating to the 1970s, which the UK had never paid back. When the debt was finally settled a few weeks ago, Nazanin was allowed to return home to her husband Richard and daughter Gabriella. Anoosheh also returned to the UK, but several more prisoners have not yet been released.

Soon after her return, at a press conference, Nazanin rightly questioned why it took so long for the UK government to pay its debt and why she was kept languishing in jail for six long years. There was an immediate outcry and the despicable hashtags #sendherback and #ungratefulcow began trending on Twitter.

I am appalled. As someone else pointed out, if her name had been Natalie these hashtags would have never been seen. Nazanin is a naturalised  British national.  The money paid was not something that had been raised through donations to free her, it was a debt that Britain never settled until it was forced to. To question the right Nazanin had to be released and return home to her husband and daughter is tantamount to saying that non-Caucasian dual nationals are less British than white British nationals.

Nazanin was held in solitary confinement, she was in poor health. Her husband Richard put up a tremendous fight for her, to have her released, campaigning relentlessly.

"I should have been freed six years  ago" BBC News

(the comments under the video are absolutely disgusting)

It took several Foreign Secretaries to finally decide to pay off the debt and obtain her release. It should not have been so.

These disgusting hashtags, especially the  #ungratefulcow  (not grateful for what? This woman was held captive, she was not accommodated in a luxury hotel but in a filthy prison) goes to show how Brexit has unleashed hate, division,  xenophobia and racism in our society, thanks to Johnson, Patel and  Farage. In the case of Nazanin, there is also a great deal of misogyny.

It might well be that the debt was repaid because now that Russia will no longer supply oil, our government has thought it would be wise to have a better relationship with Iran, which is rich in oil. So one could speculate that Nazanin's release was a wholly political move.  It makes it even less necessary for her to be grateful, knowing she was left rotting in jail until it was deemed to be politically opportune to free her.

Today in the UK we celebrate Mother's Day. I wish Nazanin a very sweet one, now that she is with her beloved daughter Gabriella and with her husband.