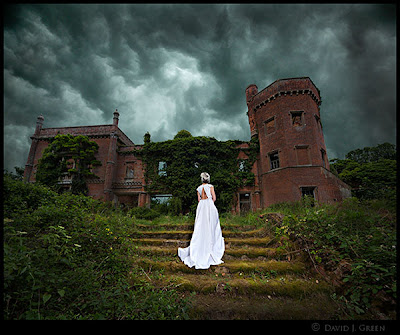 Weddings have been very much in my thoughts of recent. First there was my photo shoot wearing the gowns designed by Lucy Tammam for the House of Tammam. I was really pleased with the images. The weather on the day of the shoot was quite uneven, with a few showers, which meant we had to interrupt the shoot at several points. I nearly despaired of getting it finished, but eventually we did, the sun came out again and we were able to complete it. I am most grateful to Shannon Hyne, my MUA  who also doubled up as stylist, without her I would have ended up looking very dishevelled due to all the running I had to do to seek cover whenever it began to rain.

Then on Saturday a friend of my son's got married. As my son was frantically trying to help out with the organisation and the planning, this being one of his best friends,  I was witness to all the preparations and felt quite exhausted by reflex . 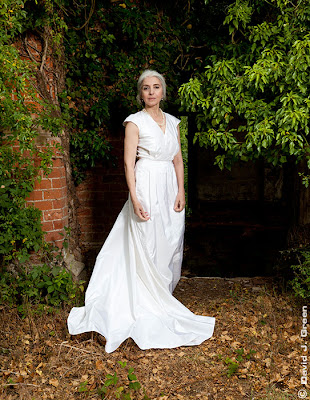 June is the month for weddings and one can see brides coming out of churches and town halls almost every week end.  As I was on my way  to the House of Tammam on Saturday afternoon, to return the gowns,  I saw a couple of newly weds standing by the local town hall. She was wearing a beautiful white lace gown with a very ample skirt and a tight bodice made of red and white lace, no train. Her little bridesmaid, about seven or eight years old, wore a lovely long white dress, complete with flowers in her hair. She looked somewhat grumpy and hot. The bride too seemed to be hot but looked radiant. I congratulated her and the bridegroom and  realised they were from Russia.  I conveyed my admiration for  the dress and she volunteered the information that she was wearing something inspired by  Russian traditions.  It was a very brief conversation, they were soon whisked away in a car. 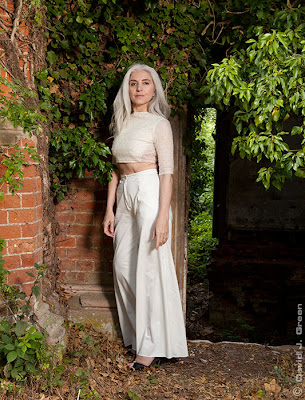 I love weddings, of other people, let me clarify. Where I come from weddings are still very much a grand affair regardless of social class, with a considerable expenditure involved. This particularly applies to those who marry the first time round. What happens to those who do it later in life or maybe are having a second or third go at it? It's usually a more discreet affair. I wrote in an earlier post that it is most unusual, generally,  to see older brides wearing white gowns with a train. Thus it was most refreshing to read on a website that specialises on giving advice on how to plan a wedding that

"Just because you're getting married for the second time doesn't mean that you have to have a 'low key' wedding. After all, this is a wedding and you're a bride! If you haven't been married before but your partner has, there's no reason why you shouldn't wear a traditional white gown. If you have been married before, you might feel that you don't want to wear a traditional gown and would perhaps prefer something a little more contemporary. Choose a coloured dress, a suit, or a dress that's perfect for the beach if you're escaping to sunnier climes. It's a great opportunity to wear something that really suits your personality" 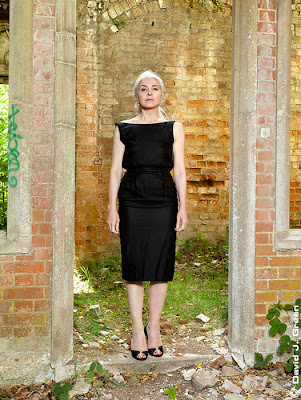 Attitudes are definitely changing, but slowly. I was most amused by the following remarks however:
"It's also wise to avoid anything similar to your first wedding -- whether it's the cake decoration or the flowers in your bouquet. You don't want anyone to start drawing comparisons, so make sure it's a very different day".

Easy for me. The first time I married I wore jeans - which I have not kept. If I ever do it again there will be no jeans - and that will not require a supreme effort!

(All photos modelled by Alex B. and taken by David J. Green.  MUA Shannon Hyne. Designer Lucy Tammam for House of Tammam)