Installation @Clarke and Reilly. Photo by Mike Harris via Instagram

Some time ago I became embroiled in an argument with another model who maintained that the label mature, as in mature models, was derogatory. My point was that it was not, no more than any other descriptive tag. In fact, I personally don't even mind being labelled older as it simply means older than average and that's how I interpret it. The label  COULD be used derogatorily. But then most words can be, depending on the context, the tone in which they are uttered etc etc.Over the past couple of decades the idea that women do not lose their allure when they get older has gained a little currency. The baby boomers care about their appearance and they may be professional women with disposable incomes. When shopping for anything, but mostly clothes and beauty products, they want to see a model they can relate to, still beautiful and soignée but a little closer in age to themselves. An anti-wrinkle cream ad modelled by someone barely sixteen will not have credibility, if however it is modelled by someone in their late thirties or early forties, immaculately coiffed and made up, it  might just appeal. Remember, sixteen year olds do not buy anti-wrinkle creams for themselves, their mothers do. So following this logic, the commercial sector has opened its doors a little wider to older models, euphemistically called classic or mature, sometimes  referred to as 'character' models. To some extent and with great caution fashion has followed suit. All this with an abundance of caveats which I am presently going to detail. 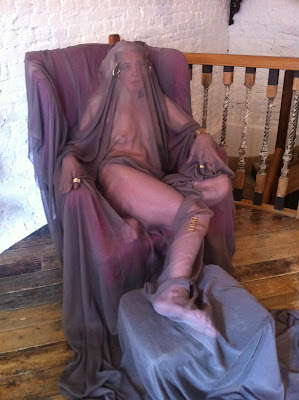 Photo by Mike Harris via Instagram
But wait, I hear you say, there have always been classic models. Look at Carmen dell'Orefice, modelling for Vogue at age 70, with a modelling career that began when she was 14. Hold on. Miss Dell'Orefice belongs to the legend category, an exception on a par with divas such as the late Marlene Dietrich whom she somewhat resembles. If you are a legend everything is exceptional about you. But here I am not discussing legends. Most models, especially internet models, do not fall into that category. I mentioned caveats. By this I mean that the industry by and large views mature models as a specific category and occasionally, with suspicion. First of all there IS the need for labelling, it seems crucial. It does not matter that mature embraces any age after the model's thirtieth birthday and therefore can seem a little meaningless. The point is that the industry views anyone over thirty as older than the 'normal' age for modelling and the label sticks, no matter what.
As a mature model you are likely to find work with an agency even if you are not an amazon. Agencies look for good proportions, a look that can be identified with a type i.e. yummy mummy, yummy granny and off you go, you are likely to be signed if you are persistent enough. Signed for commercial work, that is. You will have to compete with former fashion models, with tons of experience, who might be returning for the odd job just for the fun of it , the ones who never need to carry their 'book' because everyone has seen them - think Sandra Howard -  and hundreds of actors who have the great advantage of voice training, thus they can speak in TV commercials. 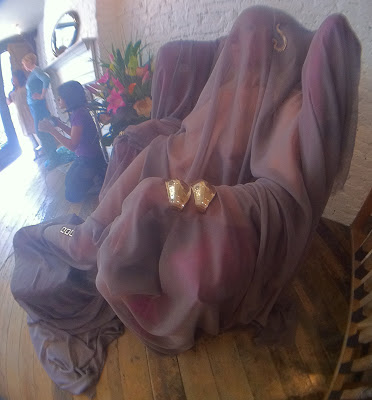 Photo by Mike Harris via Instagram
Dont expect to be making a living out of commercial modelling alone, though. The demand for mature models has its ups and downs. I know a model with a top agency who alternates between taking photos and doing photo shoots, she has turned into a fashion/editorial  photographer but continues to model when she can. If you look right for fashion - and as a mature model you are right for fashion if, apart from having good proportions,  you can exude class, which seems to be a major requirement  - expect sporadic catwalk work and mostly charity shows. They can be quite high profile but as a mature model - in fashion they often say a 'returning model', to emphasise that you have had a long connection with the industry, even if you have not  - you will simply be the icing on the cake, the card that is pulled out at the very end to demonstrate how equitable and forward looking fashion is - it is not, we know that. So Gaultier had Inès de la Fréssange at his show in 2009 and she was 51. What people forget is that she was involved with La Maison primarily as a business woman and advisor, after giving up her modelling a long time ago. This appearance was more or less a one off, even though it caused a mild sensation. Again, if you reflect on it  you will see that the key word here , once more,  is class. Mme de la Fréssange, is 'naturally' classy and chic, the kind of chic that  is part of the way she is and the social context she belongs to. That's why fashion loves her. Since then she has made a couple more appearances. 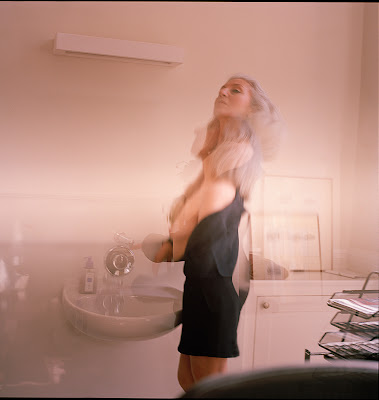 Photographer: Samuel Pidgen
What about internet modelling? Apart from the odd catalogue job, casting calls for commercial modelling jobs requiring mature models are not usually available through the internet. So you will not find much commercial work as an internet mature model. Period. You can do art nude - if your look appeals to the individual photographer and if you can pull it off. Some photographers are intrigued by the character of an older face. Some are not, regardless of whether they are themselves in the older men category. In fact the older photographers tend to prefer younger models, not necessarily a conscious decision on their part, but they see themselves as doing work with an aesthetic content and in their aesthetic vision beauty is young. It might also be a psychological thing. A photographer I know started off photographing older models then switched to models who are younger than twenty, no reason, just a preference, he simply likes his models to be child like and angelic, recapturing some childhood dream. Art nude is not an industry, it is not even a profitable proposition. Most photographers that do it, do other things as photographers  (or an entirely different day job) as well as art nude which they do primarily for themselves, thinking of the possible exhibition they are working on (oftentimes a dream) or the book they might be self publishing. So they choose whoever they think fits their vision. 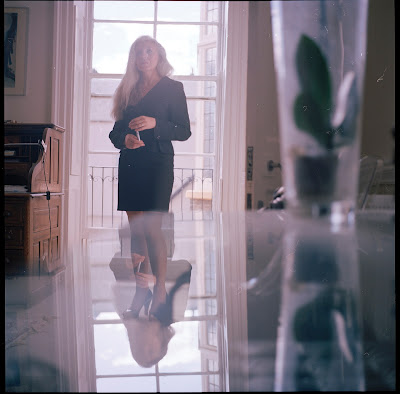 As a mature model you can also do adult work and be paid for it - and no, I am not being judgemental about it, it is a choice. I  do not have first hand experience of it, but someone recently posted on Model Bitch  about the adult industry and mentioned the mature market as a niche one. Don't expect however to be doing any fashion or editorial work, not even a charity show, if you are openly involved in adult work, it is not the kind of work that  is perceived as classy and chic. I know, I know, this is all based on hypocrisy, what goes on behind the scenes in fashion may well be close to being seedy, but the whole thing is about image and perception and these don't  change overnight.

Far from discouraging mature models from doing any modelling (after all I am a mature model) what I am actually saying is that if you stop thinking of modelling as a career or your only source of income you can actually explore  a number of possibilities, try things out  and have fun in the process. All you need is a striking face/physique, intelligence, persistence, the ability to do something interesting with yourself in front of the camera, and the ability not to take yourself too seriously (unfortunately something that for some people, the more 'mature' - shall I just say older?- they become, the more difficult it is to do)  et voilà, you can  model.