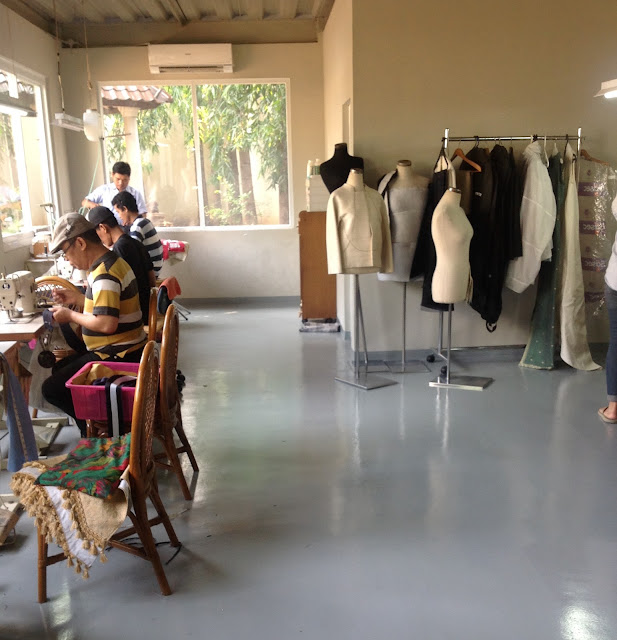 My ninth post from Jakarta, I am fast approaching my two months milestone. In no time I shall be ready to go back to London, but first I will be spending some time in Bali and then there is going to be a reunion in Bangkok with an old friend, if it all works out.
JFW is over and am trying to process the experience -  I saw a lot, learnt a lot. There were things I liked and things I did not like.  JFW was a window on the world of fashion in Indonesia, and by extension, Asia, the problems and challenges it faces, and it was also a showcase of the tremendous talent of the designers involved, as selected by the organisers, ranging from the more to the less established. I saw young fashion college graduates' work and that of very senior designers.
I spent the whole of last weekend reflecting on what I saw. Not in a conscious way,  I was digesting it.  To take my mind off things I watched some now old movies, Grace of Monaco with Nichole Kidman, whom I adore, and the 2008 screen version of Sex and the City. When the latter film  came out no one liked it much and people kept on comparing it to the TV series. Time improves one's perspective, and I can truthfully say the movie had its funny moments.
Then  I chanced upon the article written by Victoria Moss for InStyle UK, October issue, which I found in my suitcase, I bought it as inflight reading on my way to Jakarta and then forgot all about it  (there is also an Indonesian version of InStyle, by the way). The article was entitled 'What size is fashion? ' and it really made a lot of sense to me.
Moss talks about sizes, the reason why they tend to be small and thus thin models are required in order to wear sample sizes, as clothes are no longer fitted on a person. It's the case that the wearer's body has to fit the size, rather than the clothes fitting the body of their wearer.
Moss makes the very important point - here I quote her in full - that fashion "is a social mirror. What we see in fashion is a response to what happens in our culture. If there's a problem with the perception of body shapes, that's everyone's issue to solve, not just the fashion industry's. The sooner we accept and embrace all shapes and sizes and are more supportive of women who are proud of their shape and less 'OMG did you SEE her arse' then the fashion industry - which is a business after all - will sell us what we need".

It follows that the 'standards' often invoked can be challenged and changed, as Anna Scholz has done with her plus-size range, recently modelled by Nicola Griffin.
Thus, to give another example, who says that the best way to present new collections is through catwalk after catwalk, with models looking vacantly ahead of them briefly posing for a pack of photographers in the photographers' pit, often looking  extremely tired and bored after going through countless shows? JFW is smaller than, say, LFW or NFW but even then it made me wonder whether these packed week-long shows are really the best possible way to showcase fashion and get the buyers' attention.
Talking  with committed designers such as Auguste Soesastro made me realise how desperately the industry needs changing and how difficult it can be for someone intent on making a change to bring it about.  With Auguste we talked about his beginnings, his training at the École de la chambre syndicale de la couture parisienne, his studies in architecture, his desire to create a  sustainable fashion and  his vision of clothes for women of today. Are his clothes for all women? Yes they are, they are for thinking women, his ideal wearers are  powerful, independent women. The clothes are made for real bodies and have movement and fluidity. They are not meant for any particular age group, but the classic structuring seems to appeal to stylish women over the age of thirty.

Who is your muse, I asked, who would you like to have your clothes worn by? Someone like Madame Lagarde, even though he has not yet had the pleasure of dressing her. Are his clothes specifically Indonesian? No, they can be worn by anyone, but yes, there is an Indonesian touch discernible in the fabric patterns, although it is not boldly stated. 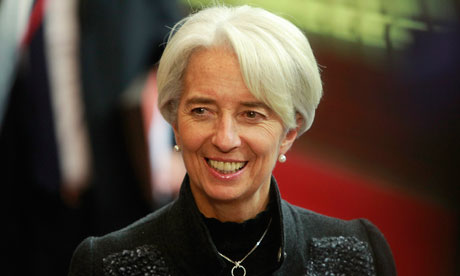 Later, in the showroom of another, very different designer, Ghea Panggabean, the queen of boho, who has been making  'clothes that tell a story' for the past 35 years and who has now diversified into designing for the home, I had to restrain myself from buying everything in sight (I so loved the cushion covers and the bags) by reminding myself of my 21 Kg luggage allowance. 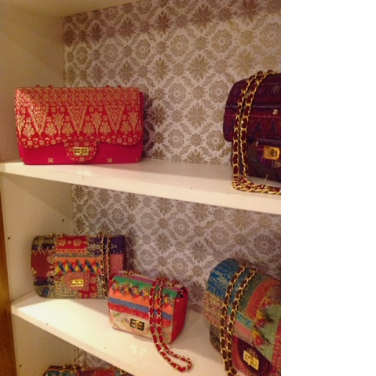 Many foreign brands are represented here in Jakarta but the same cannot be said of Indonesian brands abroad. Galeries Lafayette have an Indonesian branch, where some high fashion Indonesian designers are also represented, but the mother store in Paris has none of them, only the Antik Batik of Italian, naturalised French,  Gabriella Cortese, who has been inspired by her travels to Bali and elsewhere to create bohemian- chic. The 'made in Indonesia' label applies to Zara type of clothes and by most people outside Indonesia, Indonesian fashion is perceived as being of Zara quality (or any such high street brand). It could not be further from the truth. Auguste Soesastro's clothes, for example, are partly hand sewn, with stitching so perfect and so even, it is a feast for the eyes to see it.  Definitely not Zara quality  (FYI,  Zara is now making clothes in Morocco, not in Indonesia, but it sells here in Indonesia, in several malls).
The 'made in Indonesia' label has been problematic, as explained by Dian Kuswandini in his article for the JakartaGlobe.
But one has to be optimistic. Things can change, will change, are about to change.

(When not specified photos are my own)