Beauty standards can be challenged 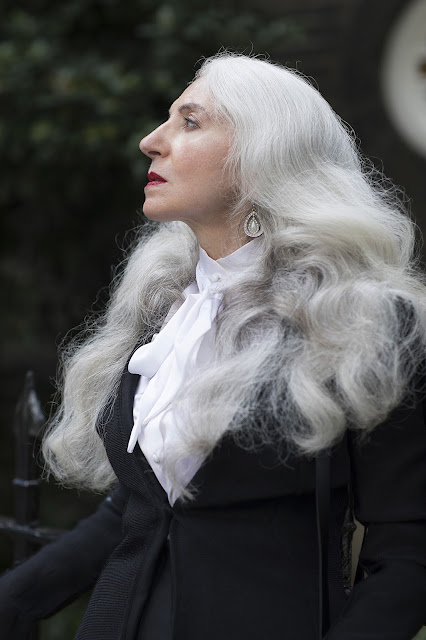 From a recent editorial in  Fashion Magazine photo: Christopher Luk

I was really intrigued to read Jane Gordon's article for The Daily Mail published on 8th February 2016.  It's not recent, I know, but then I am not a Mail reader at all, it is not my kind of paper. I was actually Googling some information about beauty standards and this came up. It got me thinking.
Ms Gordon, was 58 years old at the time of writing and 5'4.5" tall. She tried to become a model. She was taken on the books of an agency that specialises in older models - 'classic' and 'retro' look - and was then sent to a casting for a runway show which would feature only older models. Ms Gordon felt intimidated by the fact that most of the women she met at the casting were 5'8" and over in flats and gave up, without even going through with it.  I suspect that she was not really interested in modelling since she already had another job, she was researching her article.  It was brave of her to have a go, however, and castings can be quite nerve racking.
But even though Ms Gordon is rightly lamenting the fact that there is a certain uniformity among 'classic' models, a tendency to be slim and tall (many of them have been modelling all their lives) and that she does not feel represented, because she is shorter, her argument is somewhat disingenuous and it certainly indicates a plus ça change attitude. Apart from the fact that not all model agencies are the same and there are some agencies for older models that are trying to go beyond the notion of a 'classic' model, as for example Grey Model Agency. 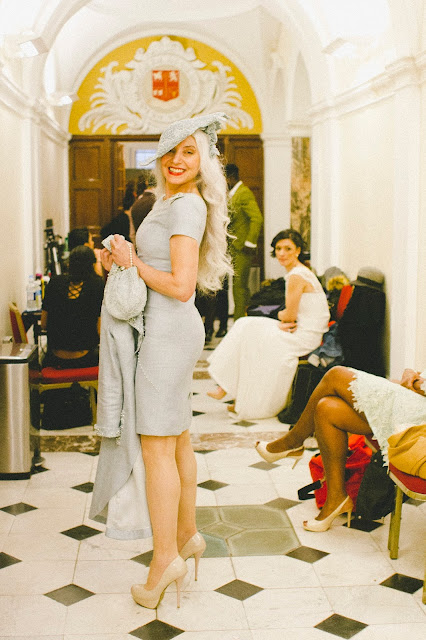 Behind the scenes at the Chelsea Enchanted Wedding Fair

Jane Gordon writes nothing to challenge a stereotype of the industry and thus underwrites a sense of  inevitability as well as endorsing  a defeatist attitude. This is precisely what one should not do. We would not have had someone like Ashley Graham on the cover of Vogue UK this month representing  plus-size women, for whom being accepted as beautiful has been an uphill struggle.
Let's go back to the point that Ms Gordon is making about being short. I sympathise. I stand 172.5 cm (over 5'7 and slightly below 5'8, the 3/4 thing). On the runway, when appearing with younger models, I have often felt very short even though I would not be classed  as short in relation to the standard height of women in many European countries, Britain included.
I'd say it's all quite relative and the height thingie is a bit of a smokescreen. Back in the 1960s Tippi Hedren was a fashion model in NYC before becoming famous for her films with Alfred Hitchcock and she was  5'5, she may be slightly shorter now that she is 86 years old.
There are many petite models around, young and old, famous and less famous. Petite models are currently a new trend, across all ages, and even American Next Top Model has a petite category for contestants. For years there have been petite fitting models anyway, because brands do need them in order to get the right size and right length of clothes, since they know that their customers are not all runway model tall. 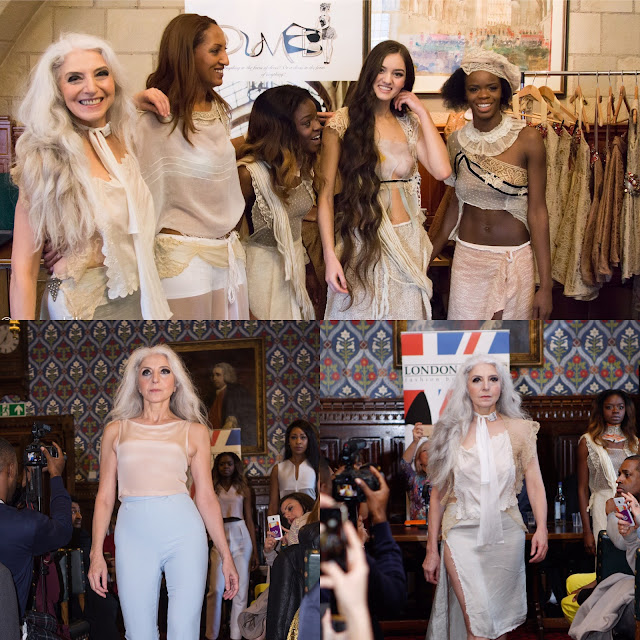 Diversity on the runway. London Ethnic at Houses of Parliament

Even on the runway one often finds smaller models. Granted, they tend to be famous faces, but they are definitely working as models. Georgia May Jagger is only 5'7 and Alice Dellal is shorter. If you have a famous shorter model in a runway show, it is likely that a couple of less famous shorter models might also appear in the same show, otherwise the lack of height in the shorter model will be more noticeable in relation to the others.
Model agencies look at the whole package when selecting a model. Not everyone, even if they are good looking, is model material.
As for older models, they come in all shapes and sizes too and that's the beauty of it.  Precisely because they are older they might all be slightly shorter than young models, because height has increased over the generations  and as people get to their 70s and 80s they tend to lose height anyway.  Daphne Selfe is now 5'5 down a couple of  inches from the 5'7 of her youth  and even  Veroushka who started the trend of the very tall and lean model has lost an inch or so from her original 6'1.   She says she is now 179 cm.
Beauty standards are not immutable and can be challenged.  It is worth remembering this.