#2 Life in the time of Coronavirus 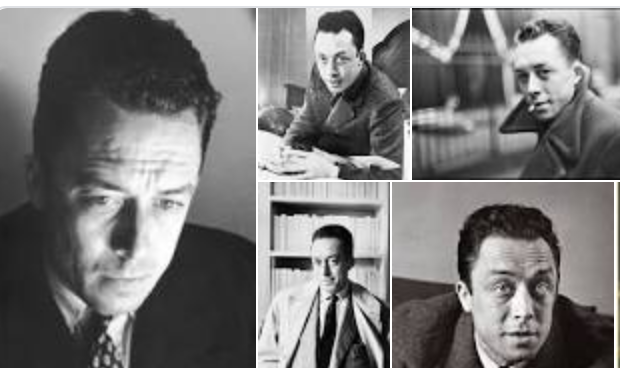 It started with a friend posting on Facebook that she had found a battered copy of her French A level  text, La Peste (1947), or The Plague, by Nobel prize winner Albert Camus. Was it not uncanny and was this not the right book to read in our current predicament, she wrote?
On the same day (only a couple of hours later, I swear), my sister whatsapped me to say she had joined the Biblioteca Civica in Turin, now opening its virtual doors to everyone, and guess what, she had downloaded a copy of La Peste because she had never had a chance to read it. Now that I am home for an indefinite period,  it's the time to do it, she said. And so I thought, why not, I will also read it (again), then we can compare notes - I had read it many years ago, in my twenties. Or should I say I misread it many years ago?
I searched for it among my books and found it,  then decided to download the audio-book version because I love listening to someone reading out to me.  And while googling the audiobook (you can get it from either Audible or Scrbd), I discovered that sales of  The Plague had been soaring. 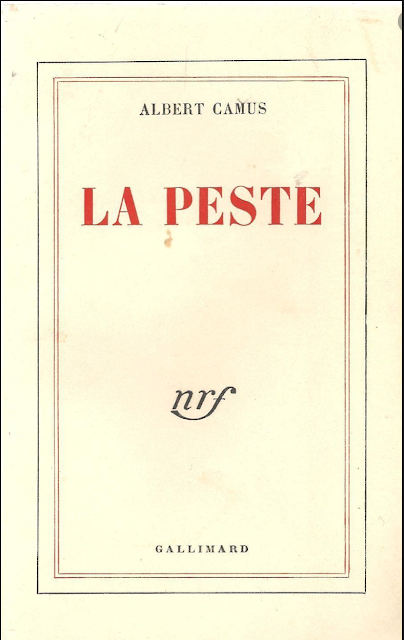 It has always been a well-known and widely read book, a classic, a must-read text for students of French literature, ideally in the original French.  But it has now become a best-seller once again, as it seems that people who are self-isolating find some solace in reading it (or re-reading it).  As the Coronavirus sweeps through the planet, killing humans by the thousands, a tale about a sudden pestilence and a city in complete lockdown clearly resonates. At the end of this post, you'll find links to different articles/posts written, in recent weeks,  about The Plague and its relevance to  Coronavirus times - mine is definitely not the only post discussing this book, nor is it an attempt at engaging in serious literary criticism. I just want to bring a personal angle, as I too am reading the book at this point in time.
This being a re-reading (well, I am in fact listening to an actor reading it), not only do I know the plot but every time a new paragraph begins I get a déja vu feeling - I have not memorised the book, but every time the actor reads out a sentence, it sounds very familiar, the words echo in my head, my brain recognises them. 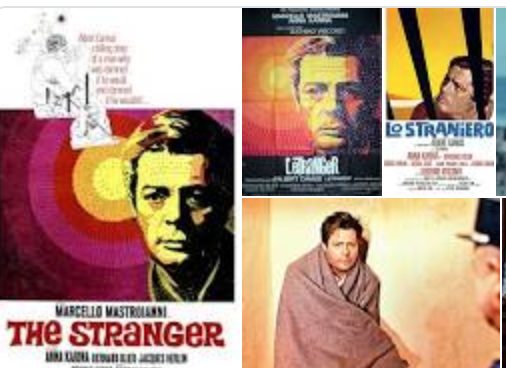 When I first encountered The Plague I could not relate to it, not really. I was more attuned to  Camus' other great book,  L'Etranger (The Outsider) which I also enjoyed in its 1967 film rendition by Luchino Visconti, with a listless Marcello Mastroianni, father of Chiara.
That The Plague was a meditation on man's existence and touched on fundamental philosophical questions was something I immediately grasped, even at my first reading. But the notion of pestilence was too fanciful for me,  the plague being something that has been consigned to history. I could only understand it as a metaphor, and indeed that's the way Camus' plague has tended to be interpreted, as an allegory of fascism, the plague that afflicted Europe in his lifetime.
Writing in 2003, two years after 9/11, Marina Warner, who was also engaged in a re-reading of the book, declared it to be about terrorism and redemption, in a very nuanced critique. She also pointed out, as an aside, that women and native Algerians are oddly absent from Camus' narration. 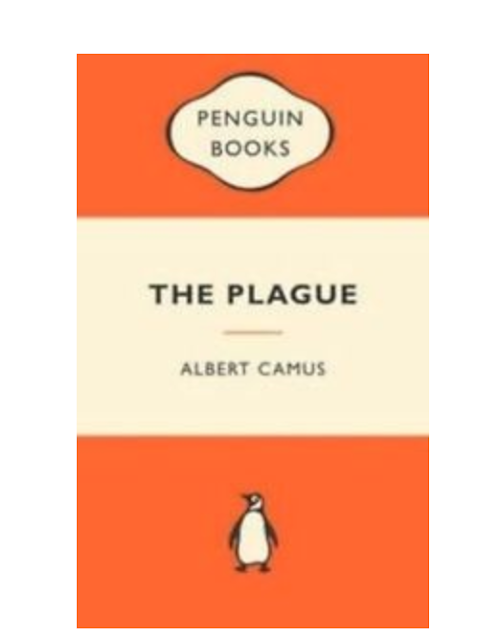 Reading The Plague now, in Coronavirus times, feels totally different. It's suddenly very, very real. We are living in quarantine, we are living with this terrible threat to our lives; every day the death toll rises and we do feel numbed by the figures. Camus is able to convey the dread of contagion, giving a minute description of its mechanism and the way the plague moves from the dying rats that suddenly appear in the streets of Oran, the ordinarily rather sleepy town on the coast of Algeria where the narrative is set, to humans, detailing the effects on the human body, with buboes and inflamed ganglia vividly conjured up. He also outlines the different responses to the pestilence, from the authorities attempting to play down the threat (we have seen that with the Coronavirus in the UK and elsewhere) to people trying to resist it and getting themselves organised in volunteer groups ( only today over 405,000 people in the UK have responded to an NHS call for help), to people trying to profit from it (where shall I start? it began with loo rolls being sold on eBay for three times their regular price, now with face masks at £30 each, and we are only seeing the beginning of it) to the scientifically- minded keen to develop a vaccine (that too is happening now). As  Oran begins to be ravaged by the plague, Camus describes its people as doing their best to forget all about it, pretending to be living a normal life,  strolling around in their finery and wining and dining at the best restaurants, while the corpses multiply.
Liesl Schillinger pointedly writes in the Literary Hub:
"The townspeople of Oran did not have the recourse that today’s global citizens have, in whatever town: to seek community in virtual reality. As the present pandemic settles in and lingers in this digital age, it applies a vivid new filter to Camus’s acute vision of the emotional backdrop of contagion.  Today, the exile and isolation of Plague 2.0 are acquiring their own shadings, their own characteristics, recolouring Camus’s portrait".
But it is a filter that does not fundamentally change the original portrait. I know many people who would rather not hear about the Coronavirus anymore, it is something 'just out there'. They are trying to recreate the world-as-we-know it virtually, through whatever means.
I am not among them, not really. I am also not one of those who regard the pandemic as a way for our planet to cleanse itself, finding a messianic sense in it.
I am uncertain, lost perhaps; I need time to chew it over, absorb, digest. Camus' The Plague is giving me an opportunity to reflect, in my own time and in earnest. I welcome that.
As we all ponder on the enormous implications of our present-day pandemic,  Camus' book is a mandatory read.  It ends on a note of "complex" hope, as Warner calls it, with an epic caveat:
“there have been as many plagues as wars in history,” he writes. “Yet always plagues and wars take people equally by surprise.”

It is in our power that they should never happen again. We would like to believe so. But despite all good purposes, there is no guarantee they will not reoccur.

Links to articles about The Plague in Coronavirus times

'There is more to admire in men than to despise them': The Plague is essential reading for a pandemic
Why you should read The Plague the Albert Camus novel the Coronavirus has made a best seller again
Posted by Alex B. at 22:36:00