Black Out Tuesday on Social Media 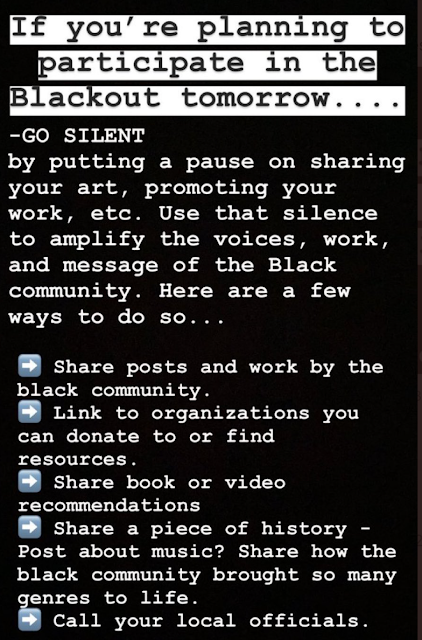 It is not because I was not outraged by the murder of George Floyd, I certainly thought his life and that of millions of black people DO matter.
But posting a black square seemed to be a trendy thing to do and many did it because they feared 'naming and shaming' - a bit like the NHS clapping, which soon after it was introduced became ridiculously perfunctory.
Racism is a horrible disease that affects our society. I happen to be white; my son is not. I became aware of racism because as a mother of a mixed-race boy I had to confront it. However, I will never know what it is like to be discriminated against because of your skin colour, except by proxy.
But being white does not equate with being racist nor evil. Racism is a mindset which can be changed, through education, 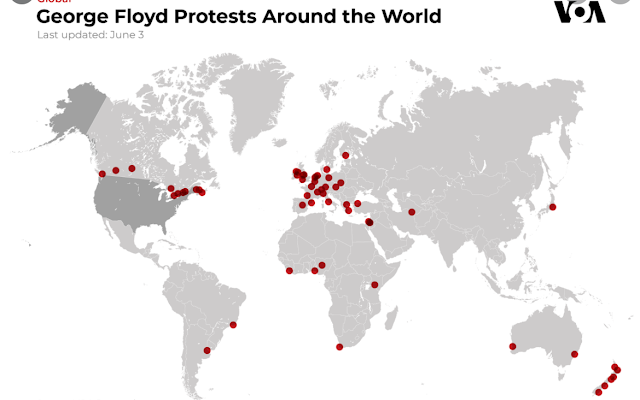 (From Voice of America)

Let us also not forget that non-whites can be racist and violently so, to other ethnic groups. In Indonesia the #blacklivesmatter has turned into #papuanlivesmatter to encourage Indonesians to confront their own racism and violence towards the Papuans - the Jakarta Post reports of an incident that took place in 2016 in the city of Yogyakarta in which Obby Kogoya, a Papuan student, was stepped on by police in Yogyakarta. I do not remember anyone protesting against this, most people in the world would not even know where or what Papua is, even though the island is huge and extremely rich in oil - without Papua the Indonesian economy would collapse. Others who know about it happily turn a blind eye to the discriminatory practices of the Indonesian Government (if you wish to know more about Papua and its Indonesian occupation see here), regarding it 'an internal matter'.  And let's not mention the African genocides, which are still going on.
There are many resources available for learning about ways to combat racism, just google 'how to educate yourself on black lives matter'. Celebrities such as Meghan Markle have also weighed in on the debates following the death of George Floyd, and it's worth listening to what they are saying. Hopefully, they will help people to become more aware of institutional racism and 'unconscious bias'. Prince Harry talked about it in an interview in the September issue of British Vogue 2019 - the issue guest-edited by his wife Meghan. Let us not forget that the Sussexes' exit from public life as royals was also fuelled by the veiled racism that accompanied Meghan at every step - even though many gossip columnists trivialised it as a competition between Kate and Meghan, totally missing the point. (or preferring to miss the point?). If prominent people like Meghan Markle, married into the British monarchy, can experience racism, imagine what it is like for people in a less exalted position. Actually, you need not imagine it. The fate of George Floyd exemplifies it. 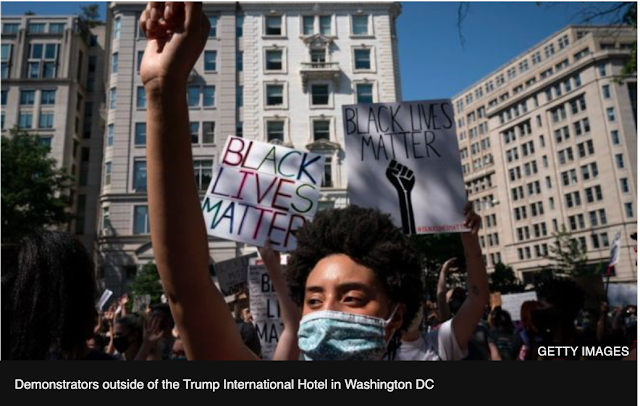 Thus we have seen a flurry of businesses, especially those operating in the creative industries, posting on social media on how they are taking racism seriously and how they are in the process of reviewing their procedures to hold "stakeholders accountable for discriminatory practices."  It's all very commendable, but why do I think that these are just words? Why do I think that next month, no, in two weeks time, these will simply be posts on social media superseded by a 'back to normal' reality?
What really happened to sexism and sexual exploitation after the flurry of #metoo? That's something to reflect upon.  There is a convergence.
My ambivalence about the #blackouttuesday on social media was actually voiced, among others,  by anti-racism campaigner and footballer Kevin-Prince Boateng who plays for Tottenham. He said in an interview for Skysport that simply posting images of black squares is "too easy" and also a way of saying "I did it, I did my bit" and leave it at that.  Another (black) voice was even more critical. “Stop posting black squares under the #BlackLivesMatter hashtag on Instagram,” Anthony James Williams wrote on Twitter. “It is intentionally and unintentionally hiding critical information we are using on the ground and online ... Tell me how this helps Black folk. It doesn’t, and in fact, makes things a lot worse. Tell your friends and fam to stop.” 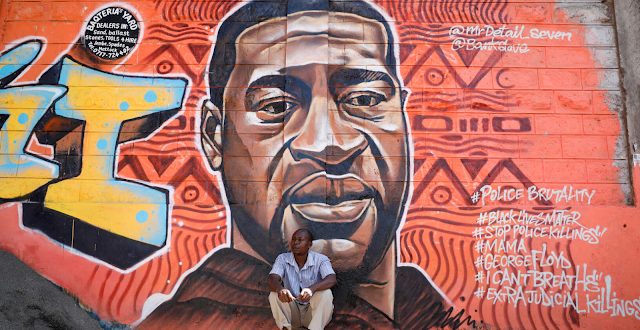 Maybe I am cynical but posting black squares was also for many a way to obtain likes and increase following which is actually what businesses on social media are after.

So, without an ounce of shame, I admit that not only did I not post a black square, but I also did not frantically try to post images of me with black friends and colleagues as I saw many others do, to show that they mix with everyone and respect everyone - you could tell it was prompted by a desire to be seen on-trend because such images had never been posted before with the same eagerness, giving them so much prominence through the use of carefully selected hashtags. It does not mean that I don't like working with people of colour, I just don't think that posting such images was helpful to anyone.
What I did do was to go silent.  It may not have got me more followers, or singled me out as 'doing my bit' for combating racism' but at least I did not hinder access to helpful information and suppress images of protests through appropriating the #blacklivesmatter hashtag. Social media silence is not connivance, at least not on this occasion.
Posted by Alex B. at 10:24:00