Citizens of the world and the taste of words 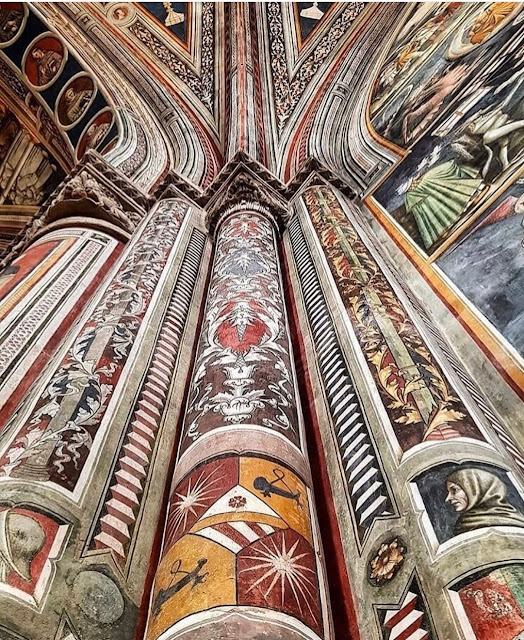 Back from my trip to the Salento region, I am having some time off, before embarking on a new, much shorter trip which this time will take me to the North of Italy, on strict family business.
With time on my hands, I can indulge in reflection, my favourite activity.
I enjoyed revisiting the land of my birth, meeting people I had not seen in decades - now all grown up and shouldering newer responsibilities and yet having retained their youthful charm.  I relished that strange feeling of knowing and yet not knowing, the sense of familiarity and unfamiliarity, which kept on alternating, whenever I met old friends and saw 'old' haunts.
Nothing ever stays the same and I was mesmerised by the changes brought in by the passage of time  and the ubiquitous impact of globalisation. Wherever I went, images from other trips to other lands superimposed themselves on what was before my eyes: I recognised the thrust of tourism, with its network of hotels, bed and breakfasts, Airbnbs, shuttle busses, organised tours and the mushrooming of restaurants and cafés. I saw places that reminded me of other places, because that part of Italy is very ancient and very mixed, with cultural and artistic elements of Greek and Middle Eastern origin, obvious in the architectural details of many of its buildings, in the local dialects and in the local food.
I enjoyed the conversations I had with everyone I met and the overlap of languages in my head and on my tongue. I also experienced a clear sense of belonging to very different places simultaneously,  and it was a joyous feeling. 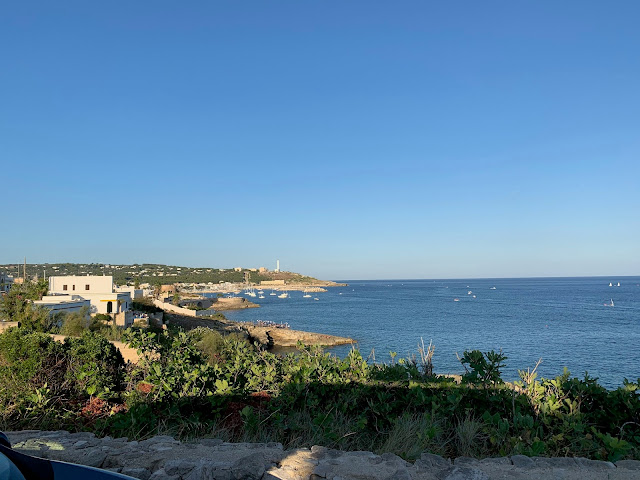 In this day and age, the idea of being a citizen of the world is occasionally ridiculed, in the wake of an ugly form of nationalism. You may remember former PM Theresa May's contemptuous utterance, at the Tory party conference of 2016,  about citizens of the world being citizens of nowhere. I could not disagree more: like the writer Elif Shafak, whom I deeply admire, I see myself as a global soul as well as a world citizen, it is a condition I embrace. It is possible to love and feel part of different communities and different countries, to adopt a diversity of being, to be rooted and also routed, as explained by Paul Gilroy in his discussion of place attachment and mobility in the context of identity. I have never been an either/or person, I see myself as an advocate of  'and...and', in everything I do - well, almost anything.
Thinking of Elif Shafak, whose prize-winning novel 'The Forty Rules of Love' I have downloaded, led me to watch, this morning,  her wonderful TED talk "The Revolutionary Power of Diverse Thought", a passionate plea for pluralism and diversity - no, I am not going off-topic, among the many marvels I saw in  Salento, I also witnessed, as elsewhere, the ugliness of antagonistic attitudes to migrants and the presence of racism, which revealed itself in small, everyday occurrences.
For example, I was sitting at a café in Lecce, with a friend who, though originally from one of the nearby small towns, actually lives in Jakarta, Indonesia. An older lady with a neurotic little dog sat a few tables away from us. Suddenly, the dog rushed forward and attempted to bite the ankle of a  Pakistani looking man, in traditional dress, who happened to go past the lady's table.  It was one of the waiters who rushed to help the passer-by and apologised, the lady said absolutely nothing. 'What rudeness' commented my friend, loud enough for the lady to hear. We wondered whether her behaviour would have been more solicitous had she not been confronted by 'otherness'.
Elif Shafak opens her talk with a wonderful reference to the taste of words, how some words have a flavour and a smell - some spicy, some sweet and from there she goes on to ask about the taste of the 'motherland', which to her tastes like cinnamon and rose water and yet with a sharp tang. Shafak's motherland is Turkey and to her, it tastes sweet and also bitter. Shafak goes on to remark that many more people around the world share such feelings about their motherland, their culture of provenance, their food,  increasingly frustrated by politics and politicians, who manage to add a bitter, unsavoury taste by manipulating atavistic emotions. 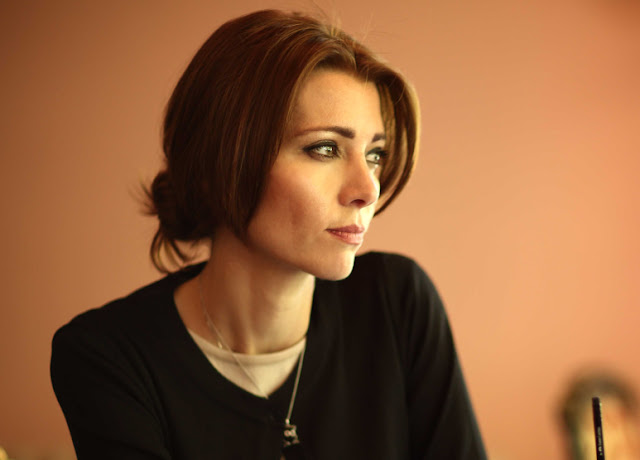 Inspired by Shafak, I have been thinking about the taste of words in connections with 'my' places - London, my current home, has a complexity of tastes intermingled with delicious smells because London is a truly international hub. When I think of London, I am reminded of the spicy balti of Bricklane or the vivid colours of the Brixton food market. The Salento region has the taste of seafood and olives. But ...xylella has destroyed its olives, metaphorically too.
There are quite a few threads in this post which I would like to explore further, but I shall have to do so in future.
Meanwhile, I have a lot to catch up with and am binge-watching 'A Suitable Boy', the current Mira Nair's drama adaptation of Vikram Seth's long novel, not to mention the several books I have on the go.  'Time keeps on slipping into the future', sang Steve Miller Band.  I shall end on that note.
Posted by Alex B. at 19:48:00