Rose Island: a feat of creativity and a freedom statement 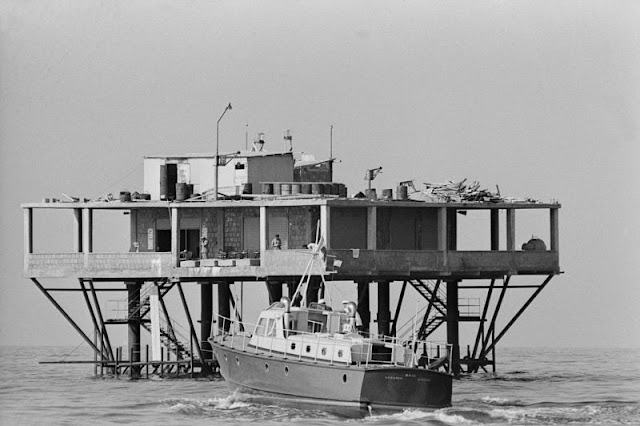 I am embarrassed to admit  I never knew about Rose Island, the micronation built by Italian engineer Giorgio Rosa off the Italian coast. Positioned about half a km from Rimini, in international waters and thus outside Italian jurisdiction, like the San Marino Republic, it was to all effects a separate state, which Rosa formally declared independent from Italy on 1st May 1968.

I only found out about it by watching the movie made by Sydney Sibilia for Netflix (2020), Rose Island.  I thought the movie was good, a lighthearted comedy,  and I disagree with those critics that found it lacking in depth in its treatment of the events of that era,  May 1968, and the student-initiated rebellion which from Paris swept across Europe. Footage from those years is ably inserted in the movie, so one can get a sense of the socio-political background.

Giorgio Rosa was a very talented engineer and built the island through a feat of creative engineering, with little money - it seems that recreating it for the movie cost a huge amount and involved a large team of people, resources that Rosa definitely did not have. He did not intend it from the start as an anarchist statement, but he was a freedom-loving individual and resented the interference and crass ignorance of the authorities. Rose Island was a freedom statement. 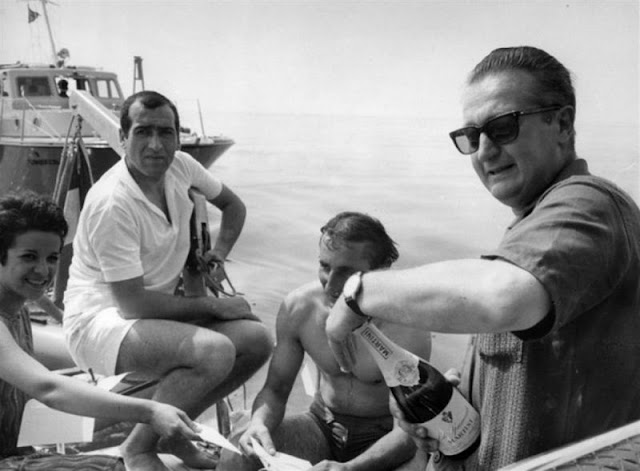 The island soon became a symbol and attracted hordes of visitors. It had its own language, Esperanto, and its own stamps. From the start, it made the Italian government livid and accusations of prostitution, gambling, immorality and even of being at the service of communist powers began to heap. The obsequiousness to the Vatican of Italian politicians who were in charge - the Christian Democrats - is well depicted in the movie, which also hints at deeply embedded racism, apparent through the derogatory terms unashamedly used to refer to the Italian workers coming from the South - the Calabresi and which in our contemporary times is observed in the way refugees and asylum seekers are treated.

Eventually, Rose Island was destroyed through the use of dynamite by military forces sent to take back control, the only act of aggression ever performed by the Italian government post-1945.  The micronation had lasted only 55 days.

The website engineering.com  provides all the technical details of how the island was built, thus I will not expand on this.

The movie makes a few departures from reality - Giorgio and Gabriella were already married when he built the island and the construction took a good ten years, starting in 1958-59. 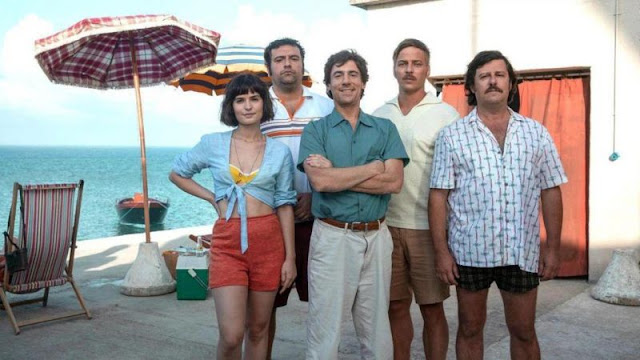 But the point of the movie is to tell the extraordinary story of an exceptional man who was not afraid to defy the authorities in order to pursue his dream. Soon after Rose Island was destroyed changes were made to the laws concerning the physical boundaries of Italian authority, making it impossible for a repetition of the experiment.  Today it would be impossible to do what Rosa did.

Giorgio Rosa continued to be an engineer and became a university professor. He passed away in 2017 aged 92,  before seeing the completed movie, but he gave several interviews about the island experiment, many of which can be viewed on youtube.

Rose Island (2020) is available on Netflix in Italian, French and German, with English subtitles.

(All images in this post are from the movie)