The world has changed. What about fashion? 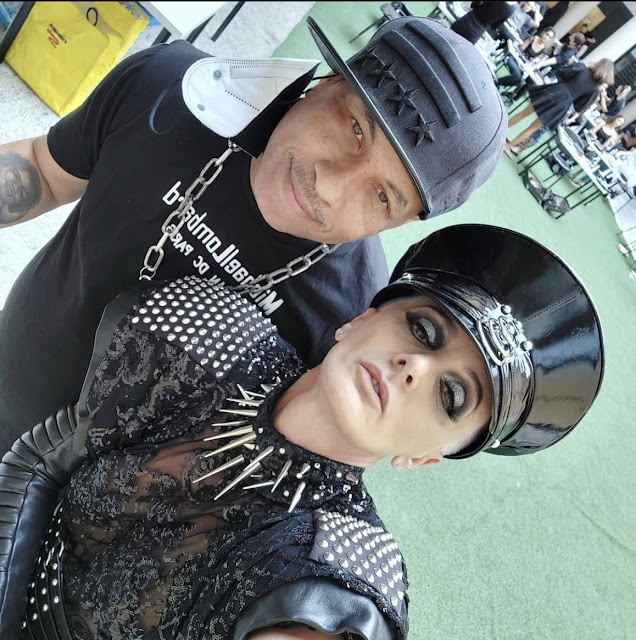 I was delighted to see that my model friend Sabrina S. was invited to walk at Milan Fashion Week by American designer Michael Lombard, whose leather outfits are some of the most innovative and luxurious ever, worn by many celebrities from the world of entertainment.

Sabrina lives near Milan and is one of a handful of Italian models, carefully selected for representation by  Grey Model Agency (whose remit is international). She has a great look that defies any common understanding of who can or cannot be a model, an older woman comfortable in her own skin, neither tall nor short, neither thin nor curvy, very strong and elegantly unconventional. She wears her tattoos with great panache and her grey hair is close-cropped. I love her edgy look. Bodywise we are chalk and cheese,  and  I totally appreciate our difference.

I worked with Sabrina during LFW2020, just before all the lockdowns, it was quite surreal. I still remember the casting we attended the week before we walked, where some designers were positively rude to us when we went round to see them and hand our cards. One looked at us horrified and said 'no, no, you are not right for my clothes', and even refused to take the comp card out of courtesy, she just waved us away. Were we so nightmarish?

This fashion week has seen the return of the very tall, emaciated, androgynous model - in London, as also in Milan and maybe Paris?  The latter is about to happen, so I do not yet know, but I am not hopeful. 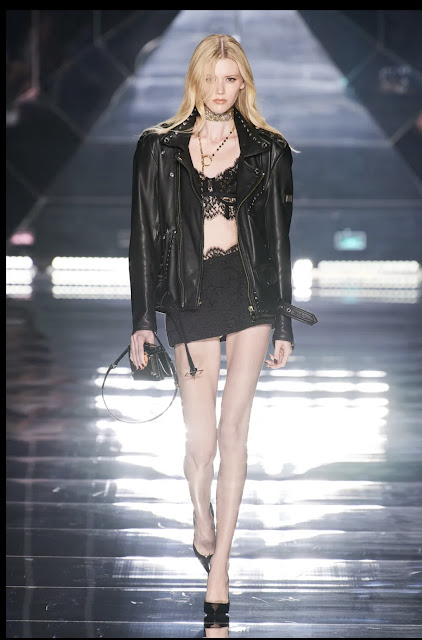 A model at the D&G show, MFW. Photo: Filippo Fior

I find this quite upsetting, we are stepping back in time. Even more disheartening is to hear those very same designers making claims about sustainability and saying they are "community-driven,  hoping to have a major impact on fashion and society" and, consequently, the way clothes are consumed. Is that so?

You cannot present yourself as a champion of sustainability if you do not take into account body positivity and make sure your clothes can be worn by a range of bodies. Many fashion designers fetishise their work, believing deep down that the body must suit the clothes, rather than the other way round.

Writing for Vanity Fair, Simone Marchetti,  European Editorial Director and Editor-in-Chief of Vanity Fair Italia points out that on the Milan runways one sees only models of the same size and similar physiques, with just a few exceptions. Yet the outside world has changed. When will fashion catch up? 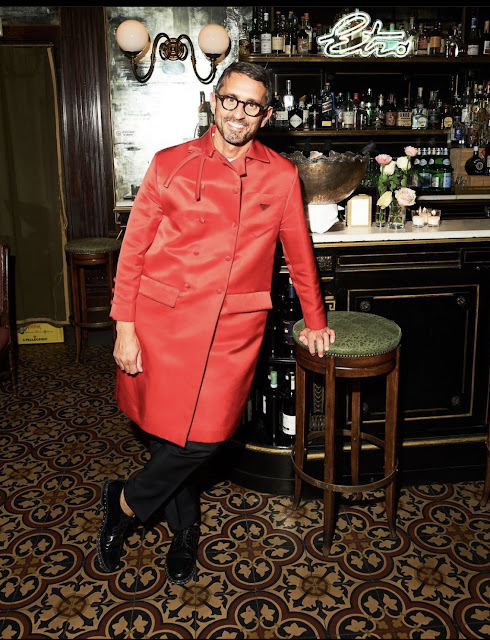 It is not a matter of political correctness, states Marchetti. Many, for example, have criticized women's quotas, or rather the forced presence of women in contexts in which it has historically been denied. Yet pink quotas, he goes on, like the inclusion of different and non-compliant beauty, are a necessary step to reach a world where the problem of female presence in society will no longer be a problem. Inclusive beauty has to happen.

(And if you believe that men and women are equal, you are mistaken. Violence against women, for example, is still rife, see the recent gratuitous murder of Sabina Nessa - but this is a topic to be reprised in a different post)

Marchetti makes the point that fashion should radically change its point of view on the beauty of bodies, because it is one of the most powerful and pervasive tools of communication and learning. Clothes accompany us in life, he says,  and define us (for roles, choices, sexuality, identity and individuality) as very few other goods are able to do. Fashion and its system of images and values, as he points out, ​​are one of the means that can help us most in the process of emancipation from an idea of ​​canonical and exclusive beauty to one that is more universal, broad and more human.

The problem, says Marchetti, is one of method. It is to do with the way clothes are designed, in a single size that is the one we see on the runway (or in fashion films). When a designer tells you 'You are great looking but you are not right for my collection' (as a "sustainable" designer, yet again, told me following a fitting for LWF this September) it is a most dehumanizing statement.

Fashion should be instigating change, but it really needs to start from within, it needs to change itself. 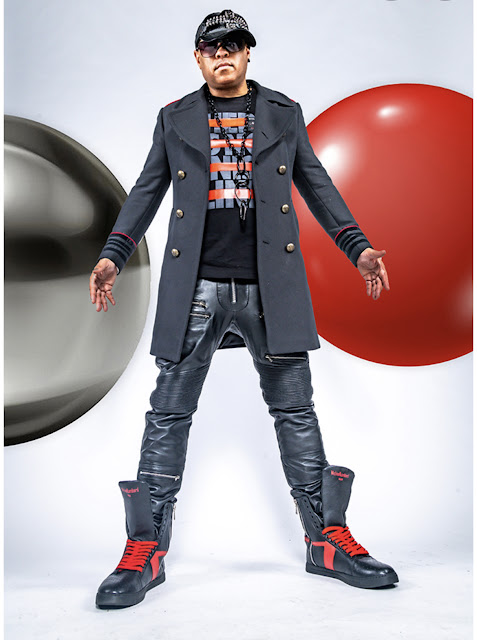 Meanwhile, when we see designers such as Michael Lombard not being afraid to put their clothes on a different body, we should applaud them and hope that others will follow suit. Well done Sabrina, for walking at MFW and well done Michael Lombard, for choosing her.