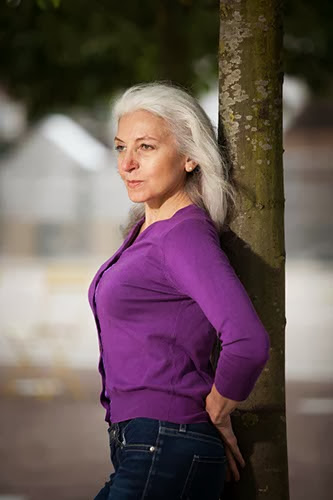 My new HuffPost blog post is out.
See it here and enjoy it. Let me know your thoughts. 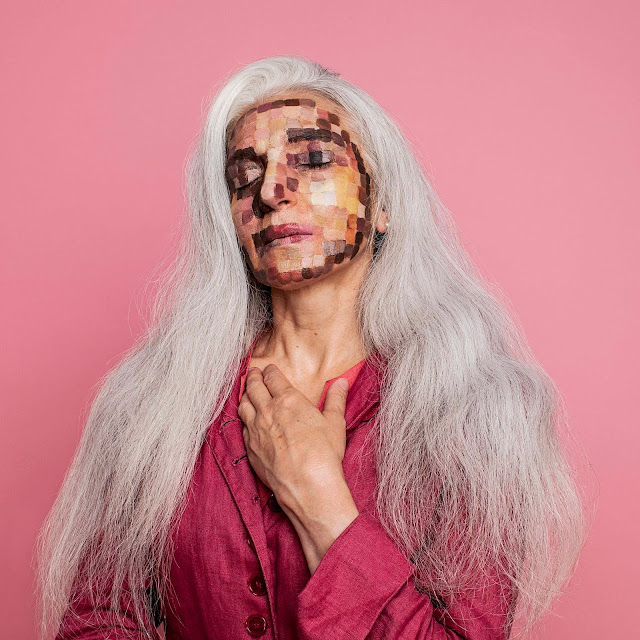 Photographer: Rachell Smith. Model: myself
I was really stunned to read the following on the FB page of an organisation that purports to be fighting for diversity in the modelling industry:
"What's your price'? In our industry we get offered things that we wouldn't normally consider but these jobs come with a higher price? Your morals as well as the extra cash? I have been asked countless times to do nude 'artist' photographs and so far have turned them down...Guys would you do nudity for a few thousand? " (sic).

Here we go. Nudity is being associated with morality.
I have just spent six weeks "dying" every night in a gas chamber, totally naked, on the Hampstead Theatre stage in Hysteria by Terry Johnson, together with Angela and Bernie, my two stage sisters. We were Freud's older sisters who died in a concentration camp, appearing to him in a dream, in his last hours. I suppose that, by the logic of the statement I have just quoted, for six weeks I engaged in a job that made me do something immoral i.e. appear naked, for extra cash. Presumably, this would make me cheap.
As I was reflecting on this, I read model Ella Rose's comments on being in Vietnam, where she is holidaying. What a wonderful experience. Vietnam must be absolutely gorgeous, I have never been there but have had the good fortune to visit Cambodia - and was completely bowled over.  I know that in Vietnam there is a fantastic photographer, Thai Phien, who specialises in art nude and who has had to face censorship of his work because art nude was being equated with porn by the authorities. 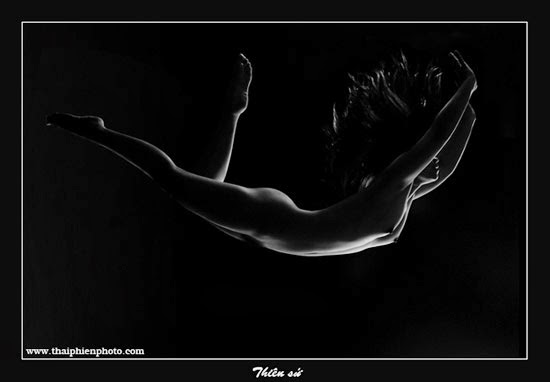 Photographer: Thai Phien
I have come to realise that such pruderie is quite widespread, as the incident I have just related demonstrates. In Britain people are not yet being prosecuted for shooting art nude, but only just. For some people nudity is cheap and dirty.
Nudity is not cheap, no more than being clothed. It all depends on the context.
I distance myself from such narrow minded views, needless to say.
As someone has said, "No" and "Goodbye" are good friends to have.

In connection with the topic of nudity and art modelling, I would like to mention that The Guardian carried a piece about me as an art model written by Hannah Booth and published on 6/09/13 as part of the series Experience
Posted by Alex B. at 21:37:00 3 comments:

Alternative indie band Anavae have now showcased the video 'Anti-Faith' from the album Dimensions, to be realeased in November.
I have danced for it.

Let me know what you think!

This is a post about an artist I truly admire, Victoria Gugenheim. The post is shared with Univers d'Artistes, the blog I still, occasionally, contribute to.
Victoria is a body painter, an art form she has taken to new heights. Her creations are absolutely amazing. She is interested in science and much of her work  aims to explore the connection between art and science. 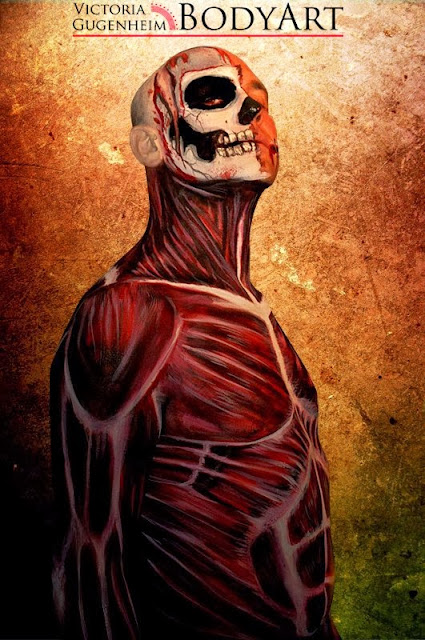 This is how Victoria describes herself:

This woman is dynamic!
She has had articles written about her in mainstream publications, such as The Guardian, her work is known internationally and she has won awards.  More recently, Victoria took part in Catwalk4Change, the event organised by Models of Diversity and body painted model Angela Kelly giving the illusion of a lavish evening gown. 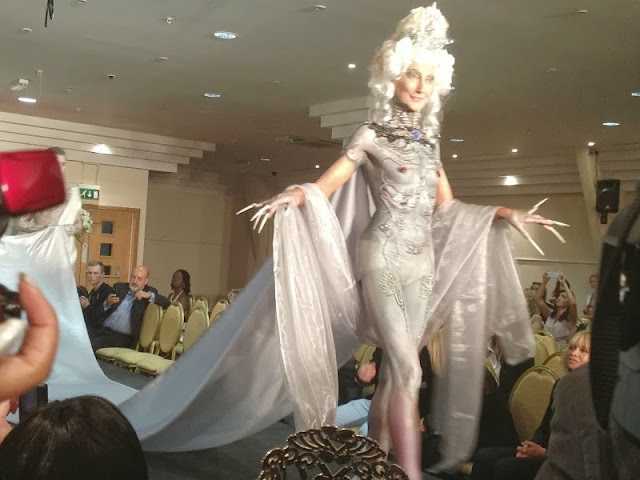 Victoria holds workshops in body painting and make up.


More of Victoria's work can be found on her website at victoriagugenheim.com, and you can follow her on Twitter @quirkathon
Posted by Alex B. at 00:01:00 3 comments: