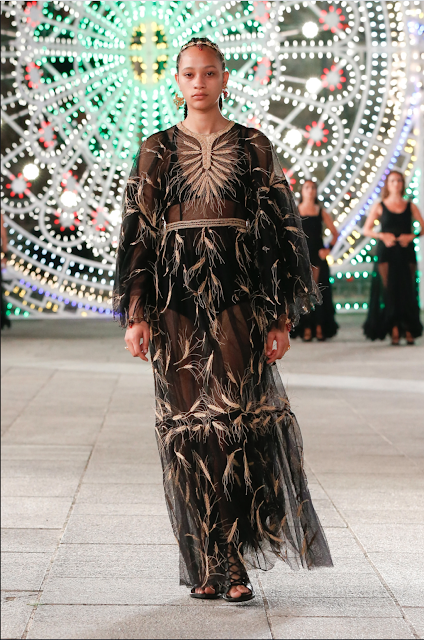 I don't normally get emotional about fashion shows but the one presented yesterday night (22.07.2020) by Maria Grazia Chiuri for Dior was different and it made me shed a surreptitious tear or two. It took place in Lecce, capital of the Salento region in Southern Italy and a city (relatively small) to which I have a strong attachment because my father hailed from there. When I was a teenager,  we lived in a villa near Monteroni, a mere 12 Km from Lecce. I did not actually live there, I spent my vacations there till I moved to London - my 'liceo' was in a different city, quite far from Lecce - it would have been impossible for me to commute - and during term time I stayed with my godmother in Bari.
But my parents lived there, with my younger sister, who began secondary school in Lecce. The villa is still there, somewhat dilapidated; at some point, it will be sold. Anyway, all this is to say that when I learnt of Chiuri's selection of location for the cruise show I got rather excited and almost booked a flight to be there. I changed my mind when I realised the show was  'phygital' and for a while there were quarantine restrictions when returning to the UK - not anymore. 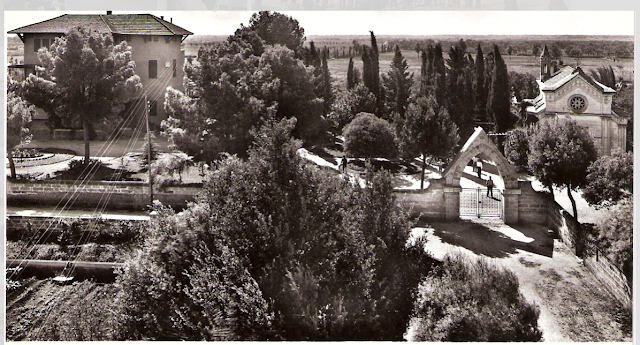 The show took place in Piazza Duomo , by the cathedral, with large 'luminaria' created specially for the occasion. It's a space often used for open -air concerts, I remember going there to see La Traviata on a hot summer night, many years ago, with my mother.
There was no audience, as these are post-Covid19 times - just a few people, family and friends, but none of the usual VIPs, nor were tickets being sold to watch.The show was live-streamed and was accompanied by a series of short films highlighting the location and its breathtaking beauty. The clothes could also be previewed online, to appreciate their fine workmanship.


Cruise shows (or resort wear shows) are usually presented in exotic locations. They are always one brand shows, and before the pandemic, it was usual to invite special guests to sit in the FROW. The special guests would always be put up at some gorgeous hotel and there is plenty of sightseeing trips and lavish dinners, with the fashion show usually held on the last night, the cherry on the cake. If I am not mistaken, the format was more or less decided in 2006 by the late Karl Lagerfeld for Chanel.
Chiuri's father was a Salentine, from Tricase. Chiuri loves the region and with this show, which was originally meant to take place in May, but was then postponed due to the pandemic, she wanted to zoom in on the craft offerings of the region, with beautiful embroidery traditions, also rich in music and traditional dancing.  Music and the dancing were an essential part of the show. The dance is known as pizzica or tarantata (not to be confused with the Neapolitan tarantella ) and is century old, a spiritual practice meant to provide healing. The dance is supposedly caused by the bite of an imaginary spider (taranta) and the person bitten, usually a woman, can't stop dancing,  totally possessed, for days. A healer (who sings) comes along and slowly, after hours of incessant rhythmic dancing,  accompanied by a tambourine, the person bitten by the taranta reemerges purified, usually with little recollection of what has occurred.  It was a dance practised in remote villages, a dying tradition researched  in the 1950s by the anthropologist De Martino. I never actually saw it in its rural setting but my father would tell me about it. It was then revived, on a big scale,  in the 1990s and is now choreographed and performed by professional groups - you can even learn it in London with the group Amaraterra! Usually, at the end of August, there is a now famous Night of the Taranta in Melpignano, a festival often involving competing groups. I am not sure it will go on this year, it usually attracts thousands of people and this obviously counters the current Covid19 social distancing regulations.

Chiuri's clothes were beautiful, with a country, gypsy feel, long flowing embroidered skirts, kerchiefs to cover pushed back hair, low heeled sandals. The models were as diverse as possible, but young and slim: Chiuri found herself under fire for a previous show in which the majority of the models were caucasian but on this occasion, she tried hard to spotlight models of colour, one of whom, Mati, acted as a hostess in a short film (in English) about the city of Lecce and what to do and see there. She spoke accentless Italian, I believe she was a local girl.
The inhabitants of Lecce were ecstatic about being spotlighted thus, in a series of short films that are being viewed globally: people in Italy have been badly hit by the pandemic and the Salento needs more tourists, half of its income depends on the hospitality industry. Now everyone around the world has seen beautiful images of Lecce and the Salento and no doubt many people will feel like venturing on a trip. I certainly plan to go there in early September, going to Leuca, which is at the very end of the imaginary heel of Italy, shaped like a boot. I had meant to go there for some time, it's been years, but now I feel even more motivated. I will make sure to have plenty of pictures!

(My break was short but it helped me to see things in perspective: I blog because I enjoy it!) 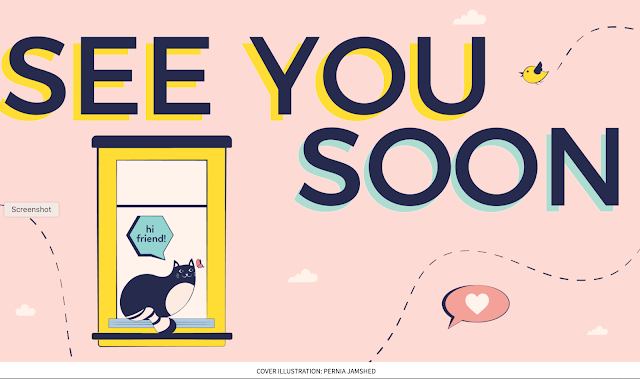 
I have been blogging for ten years. During this time I have seen many blogs appear and disappear as their authors switched to insta-posts. Other bloggers have introduced a subscription, offering a range of services, see for example That's Not My Age.
When I began, blogging was all the rage. But now it has subsided.
I get lots of followers through Bloglovin but the majority of them are simply advertising for sex - I don't see the point of following me but there is nothing I can do to stop them, Bloglovin does not have anything in place to get rid of unwanted followers.
I have a spam filter for comments, anyway.
Should I continue to blog or should I stop? It's a question I need to ponder. No matter, the blog will continue to be available online even if I do not add more posts.
So all I can say for now is that I wish to take a break. During this time I will decide whether it is goodbye or whether I still think there is a point in blogging.