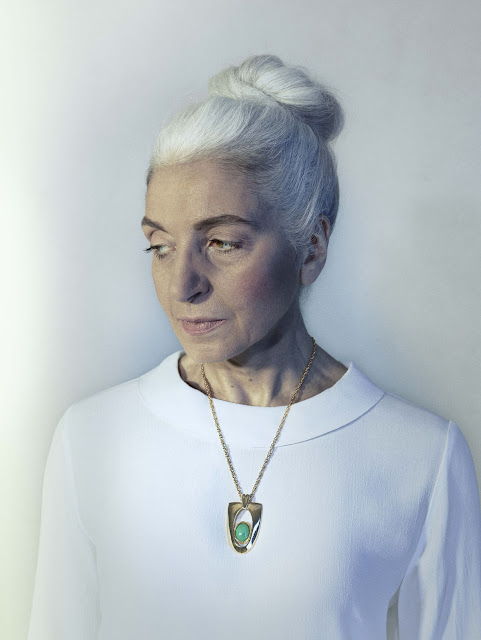 When I read a couple of weeks ago that Elena Ferrante's tetralogy set in Naples would soon become a TV adaptation, I decided that I had to read those novels. I was not even aware that Ferrante was such a major name in contemporary literature, translated into several languages. Who is she, I wondered. I discovered her identity is not known at all, she could be a he - and no, I don't subscribe to the view that men cannot write in a female voice and cannot create very believable female characters. Like Emma Bovary, for example.
I called up my 'little' sister, who unlike me never left Italy except for vacations, she just moved from the South to the North and now lives near Turin. I asked her if she had read Ferrante. But she had not. Full of curiosity, I searched online for  reviews and was stunned that everyone concurred on one point: Ferrante is a great story teller and her Neapolitan novels are simply compelling.
I called up my sister again and we both decided to read the novels at the same time. She, being a more traditional reader, went to her favourite bookshop and ordered the first volume of the series, as it was not in stock. I could not be bothered to track down the original and have it sent so I decided to download the English translation by Ann Goldstein, highly praised by everyone and indeed very good but, as it turned out, imperfect. I found some word choices extremely weird, and concluded that the original Italian must have been somewhat misunderstood. I will check in due course.
I got all four volumes and even got an Audible version for the first one, I love Audible, it allows you to close your eyes and have the book read to you wherever you are, no matter what you are doing. Some books are right for Audible, others are not - I could never have an essay read out to me, I just have to read it myself. But a story...
Having just finished book four, The Lost Child, I have to agree with all the reviewers: Ferrante does know how to tell a story. Lila and Lenu are childhood friends, from an impoverished Neapolitan neighbourhood  and we follow them through their life till maturity, getting more than a glimpse of Naples and Italy, with  its socio-political upheavals, from the 1950s to contemporary times. Lila is an extraordinarily intelligent child who does not have much schooling, marries young, leaves her husband following an intense love affair, works in a factory, becomes a computer analyst and finally  an entrepreneur, never leaves Naples, has a useless son and then a beautiful daughter who disappears. Lenu also from a working class background manages to study, goes to university - not just any university but that bastion of privilege which is the Normale of Pisa - marries well, divorces, becomes a famous writer yet throughout her life she can never get rid of her envy and sense of inferiority in relation to Lila, who is more intelligent and more beautiful. They share a lover, Nino, also from the neighbourhood, but at different times in their lives. He is one of the most dislikeable characters in the novel, an opportunist who can't keep it in his pants, second only to Lenu by way of being dislikeable - I have not taken to either  at all. 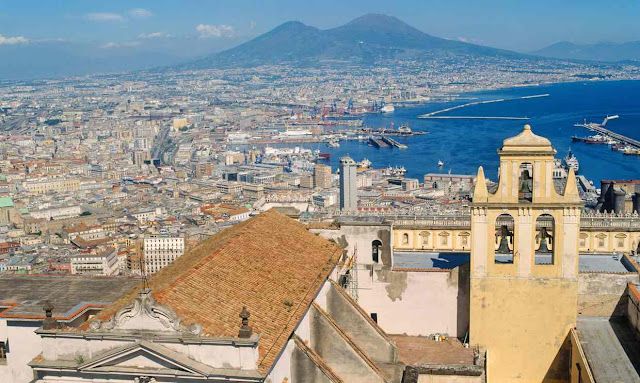 I know that Lila and Lenu complement each other, possibly being one person, but in the book they appear as two distinct characters, two friends. A good story teller gets you so involved, characters really do come to life and you share their joys and sorrows. Ferrante is pretty amazing. At times I felt as if I was reading an autoethnography especially the third book,  and I did not always like it,  but it has to be said that she always succeeds in sucking you in. 'Unputdownable' is not enough of a word to describe her Neapolitan novels. For the whole week I have lived with Lila and Lenu, always eager to pick up the story where I left off and hear or read more, staying up all night to finish the books. I hated getting to the end of the fourth book and yet I also felt a sense of relief.
I love Lila, whereas Lenu totally bores me, I find her pretentious, her longing for Nino is at times ridiculous and at times intolerable, but that's the way she is meant to be. Lenu, for all her whining and insecurity, seriously gets on my nerves. It is Lenu who is the narrator, so maybe it is for this reason that she can come across as being so dislikeable, her reactions are magnified.
Whereas Lila totally intrigues me, even though she is at times very mean. So do the other characters: the Camorrist brothers, the other women of the neighbourhood, Lenu's chauvinistic academic husband, her daughters. I recognised in Ferrante's account the Italy of the 1970s, the references to the second wave feminists, I too read 'Let's spit on Hegel' by Carla Lonzi and it did have an impact on me, I was only a high school girl back then.
In the background there is Naples. I have been there, I know the city. It is amazingly beautiful yet quite terrifying and yes, mean. Like Lila.
I can't wait to see the adaptation. 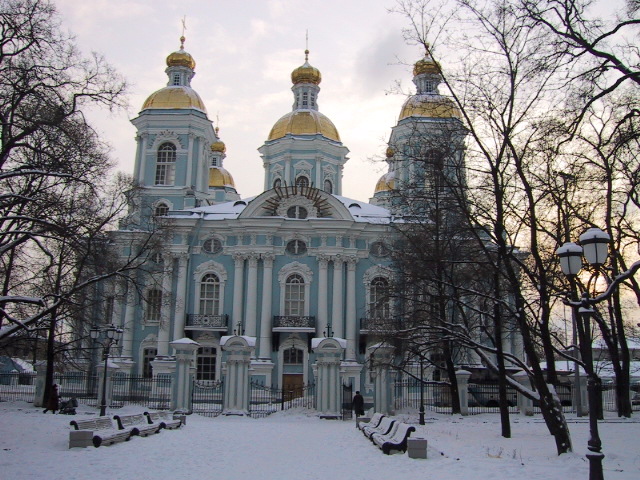 Voyna i Mir - War and Peace -  by Lev Tolstoy has recently been shown on TV as a drama series  in  an Anglo-American adaptation. The series was quite enjoyable to watch and I was most impressed with the filming of the war scenes. But it remained a little too close, for my liking, to a Georgian period drama.
As I watched the series, the book, which I have read twice and at different times in my life, constantly came to mind.  I  first read War and Peace when I was about eighteen -  I did not take to it, though I loved the character of Natasha, the young countess Rostova. I then read it again in my thirties, whilst travelling in India,  and really appreciated Pierre Bezhukov.
My recollection was that through the intersecting stories of the many  characters that people the novel, and underpinning the narration, there were Tolstoy's philosophical reflections on the nature of history and the interconnectedness of existence. Those reflections seemed to have been largely omitted, or downplayed, from the recent TV adaptation, thus obscuring the meaning of the work. After the last episode was shown I felt some serious dissatisfaction and  concluded that a new careful reading, from start to finish, was in order. 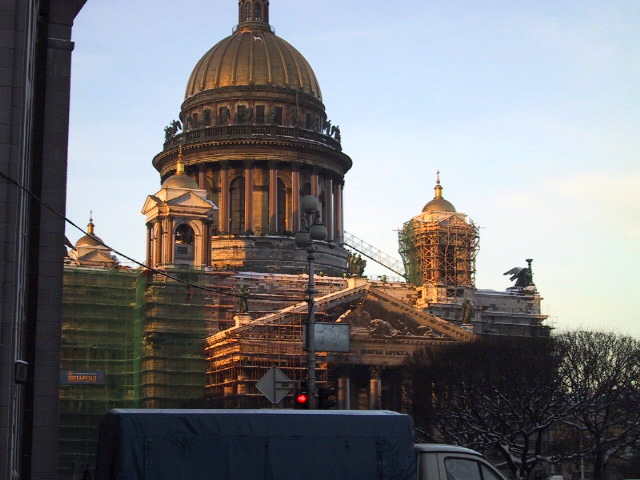 I searched for War and Peace on my bookshelves, could not find it, so I bought a new copy and for once it had to be a real book, I could not do with a Kindle edition even though it's free to download.  I toyed with the idea of getting an Audible book then I decided that only an old fashioned tome would do. I got it through the post  in no time - a thick volume that manages to compress the original four (or was it five?) books into one and which definitely requires the use of a good pair of reading glasses or a magnifying glass, as my father, who hated glasses, used to read with. I have one somewhere too.
I must confess at this point that my favourite novel by Tolstoy has always been Anna Karenina rather than War and Peace. This is just a personal preference and it may well be that my third reading of War and Peace will change my perception entirely. I just wish I could read it in the original Russian! I have been watching Bondarchuk's four part film, following the suggestion of a friend, and I love hearing the characters speak part in Russian, part in French, as Russian aristocrats used to do.
The two works, War and Peace and Anna Karenina  are some decades apart, yet one notices continuities .There are several parallels between the characters: Kitty and Natasha share similarities, yet Natasha also partakes of Anna's darkness, whereas Levin could be a more disillusioned alter ego of Pierre Bezoukov.


I am still in the process of reading and digesting it, so I do not feel I can as yet comment on this third reading of War and Peace, but  I do have something to share. While researching the book, I  came across Chicago Professor of Slavonic Studies William Nickell's list of reasons for why people ought to read Voyna i Mir.   He suggests twelve such reasons, I am adding my comments next to each one:

1. Because it is not a “classic novel” (Indeed. Tolstoy even wrote an appendix to explain why it is NOT a novel)
2. Because it asks big questions in little ways (So very true! And Bondarchuk really captured this in his film, see for example  the scene of the hunted wolf).
3. Because it is “golden" (ie it belongs to the golden era of Russian literature. Maybe this is not such a compelling reason after all, I would not prioritise it)
4. Because it is entertaining (you bet!).
5. Because it tells a great story (and great it is in every sense of the word).
6. Because it is a literary mecca (so many of us say "I would like to read it but I cannot...", there is a sense of great satisfaction in saying 'I have read it from start to finish').
7. Because it reminds us of the human costs of war (Absolutely).
8. Because it is a national narrative (again, I feel somewhat lukewarm about this, but why not?)
9. Because it examines the cult of the great man (Substitute Napoleon with any other 'great' man and draw your conclusions).
10. Because it is epic (Yes, definitely, a modern Iliad).
11. Because you can participate in the great Tolstoy translation wars (French or no French? Russian aristocrats were bilingual and spoke mixing French with Russian. Parts of the book are in French, as they thought in French, as Tolstoy did,  and again Bondarchuk uses both languages in his film rendition. I am so envious of this capability for bilingualism!)
12. Because it is modern in its treatment of war, the personality, and epistemology (Self evident)

You can find Professor Nickell's reasons for reading War and Peace here and here, with full explanations of why he thinks so.
Meanwhile I continue my reading. I am at a different point in my life, with a different set of priorities than when I first read the book, so what will Tolstoy's great work yield for me now? What will I discover in the 994 pages of the version I bought? Reading this work is a challenge that makes you confront your  beliefs and anxieties. You do react, as you read every single page and, occasionally, you do feel like flinging the book across the room, only to pick it up again a few moments later (now you know why I went for a paperback rather than a Kindle).  As I am dipping into it, I am looking to adding a couple more reasons for reading (or re-reading) War and Peace to the list given by Nickell.
And you, would you read it and, if so, why?