An ending that is not an ending 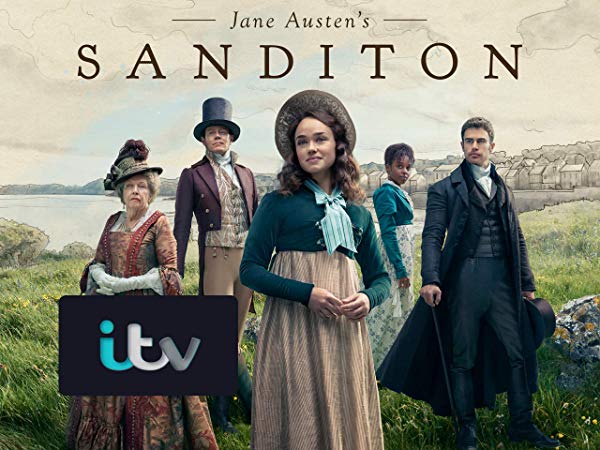 I am a Jane Austen fan,I love all her books. I also greatly enjoyed the Pride and Prejudice adaptation for BBC  made by Andrew Davies in the 1990s -  such great moments, how can one forget the Colin-Firth-out-of-the-pond scene?
So when it was announced that Davies would turn Sanditon into a drama for ITV, I was very excited.  Sanditon was the very last novel JA wrote and unfortunately never finished because death came in the way.  But she did manage to write enough as to have all the characters in place, the background clearly laid out and one or two storylines already clearly discernible.
Let us be clear on one thing:  JA wrote happy endings. Her heroines might have gone through plenty of trials and tribulations but in the end, all is well, and they marry their man.
But not in this ITV Sanditon.  It ended so badly, I was absolutely devastated. What? Charlotte Heywood does not get to marry Sidney Parker? Why on earth does he decide -  less than ten minutes to the end!!! - that the only way to help his brother is to marry that horrendously stuck up Eliza? What makes him so sure anyway that Eliza will allow him to get his hands on her considerable fortune? After all Lady Denham never did permit Lord Denham to scoop up hers!
It all happened - or did not happen - in the last 10 mins of the final episode, and we, the viewers, were left wondering whether we were being hastily set up for a possible Season 2. So much was left unresolved!
After a day or so of despondency, I pulled myself together. Not JA's fault, clearly. I have her unfinished Sanditon which ends with a description of Lady Denham's grand house, where her second husband's portrait, Lord Denham, is fully visible, hanging over the fireplace, whereas her poor first husband, who had owned Sanditon House, can be barely seen in a miniature facing the large portrait - JA always peppered her narratives with shrewd observations of this sort. 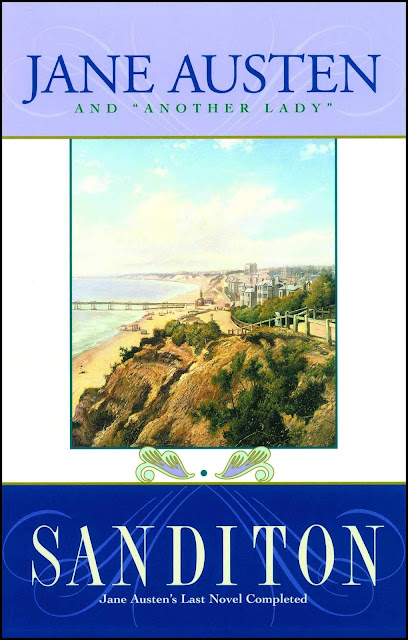 A bit of serious googling alerted me to the highly recommended 'continuation' by "Another Lady" which is, apparently, excellent and I ordered it from my library. "Another Lady" is the talented Australian writer Marie Dobbs, who used that nom-de-plume in response to 'A Lady', aka JA herself who began publishing anonymously.

I will return to the merits of Sanditon in another post , once I have read the 'continuation'. As for the ITV series, the acting was good (not always) but the adaptation very bad indeed, a patchwork of everything JA wrote, mixed with ridiculously gratuitous sex scenes and then no resolution at all.

But what is it about happy endings? Why do we want them? And is it a sign of inferior taste to crave them? I can only speak for myself here: it's not so much that the ending has to be happy but there has to be some resolution. A bit of escapism does not hurt but, the main point is that the ending no matter what has to be good, fit for the narrative. Does the author wish to punish her/his characters? Fine, but let it be done elegantly. You cannot end by simply cutting off and leaving everything hanging there. I know Sanditon was never finished, but there are other ways to match its fragmentary existence - and by the way, I do not think this was at one of Davies' concerns... 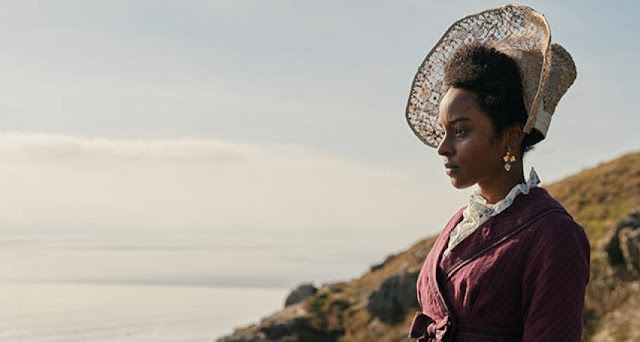 If one intends fleshing out the story it should not be done as clumsily as Davies' Sanditon,there should be some proper build-up, and an ending suggesting a forthcoming denouement.

So, are we to expect a Season 2? Maybe. If there is a Season 2, I know I will watch, if only to moan about it.