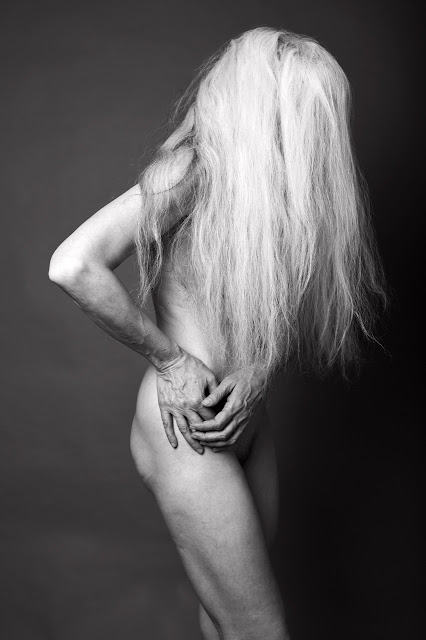 I read with great interest the article  by Anna Kessel in The Guardian of 23/07/18 about the rise of body neutrality. It would seem that  'body positivity' has been fully co-opted and is being used, in subtle ways, to stigmatise fat bodies - I am using the word fat as this is being reclaimed by the advocates of body neutrality.   Apparently body positivity has its own beauty standards, such as a body that is not above a size 16. And a young body at that.
Let me at the outset clarify my thinking about size.  I believe that being overly fat (or cadaverously thin) is unhealthy  - reports of an increase in obesity among UK schoolchildren are very worrying and much is being made of the recent sugar tax introduced by the Government, as a measure to reduce the increase in obesity, although opinions on whether it will work are divided.
When is being fat to be regarded as unhealthy? When the excess weight prevents you from enjoying life. It is a vicious circle. Many fat people hate their bodies and will be caught up in a cycle of binge eating and restrictive dieting, none of which are positive in the least. They may feel too shy and ashamed to join a gym because of their size even though physical activity is what they need to feel good about themselves and their bodies.  They may avoid going for walks precisely for the same reason.


But stigmatising fat people and fuel their  self-hatred because of their excessive weight is very wrong, no better than stigmatising mental illness. I  have never been fat, so as Plum, the heroine of Dietland says "you don't know what it is like to be in my body". Touchée.  Maybe I should keep all these thoughts to myself...
The reason why I feel compelled to write about 'body neutrality' is because the body positive movement (or shall I just  call it 'body neutrality' now?) has not done enough for older bodies. Now this is something I can definitely comment on  because my body is old.
In her article for the Time of 25/07/18 Amy Keller Laird talks about the invisibility, especially of Gen X women -from 30 to 50. In a similar vein Alyson Walsh wrote for The Guardian last year  about the lack of middle aged models in fashion,  though a couple of weeks ago  she thought that now  middle aged models are visible, look at Jodie Foster  (celebrity actor, rather than model) in Porter, the magazine of Net-à-Porter.
I would include my decade too, the women in their 60s, in this invisible cohort. Yes, we have Baddie Winkle, Iris Apfell, even Daphne Selfe, now 90, but it seems that some 'judicious' visibility only comes if you are over 70 and if your body matches a stereotype of old age, of which frailty is essential. You can be stylish and elegant but you have to be frail. There are very few exceptions to this rule - Maye Musk, not frail looking at all, is one of them.
Where are the strong over 60 women? Why do we not see someone like Tessa Sanderson, Olympic gold medal, 62 years old , now signed to Grey Model Agency,  but who has not yet appeared in any major campaign? Is it because she is black? is it because her body is too athletic? 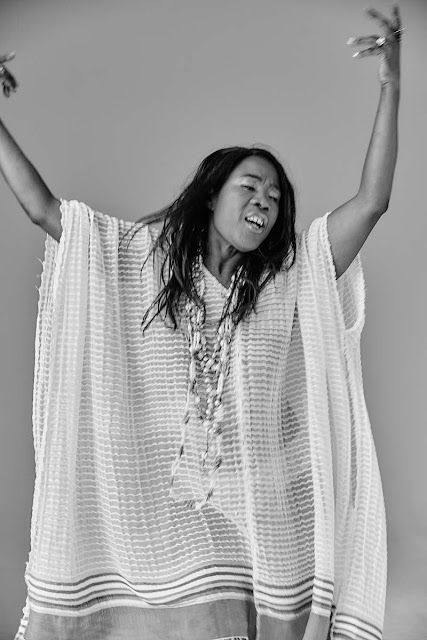 I could mention many women over the age of 50 who are still at their peak, for example ballet dancer Alessandra Ferri  now 55, still dancing major roles.
I am tired of seeing stereotyping in every nook and cranny of the fashion and advertising industry.
I worked on a commercial for UNstereotype Alliance to celebrate its first anniversary. Entitled The problem is not seeing the problem  the short film tried to expose some of the most common stereotypes in the industry. I had a cameo role and can be seen in the background as an older woman showing off her physicality - performing stretches, splits etc. The stereotype I performed was that of an older lady, with reading glasses, knitting, gardening and using a zimmer frame. It did not make it in the final cut.
The commercial brought home to me that this is what I can expect in terms of participating in more commercials in the next few years - I am the old lady! My question is : why should I be ashamed of my body and make it look frail?
I have taken up again art modelling because  it empowers me. My body is not young but it is strong and flexible. I feel blessed to have been able to reach my age and  find that my body has not failed me in any way.
I am not the only one. It is time we should celebrate older bodies.


My interview for Magdalene  is out! Huge thanks to Intan Febriani
Posted by Alex B. at 13:15:00 1 comment: 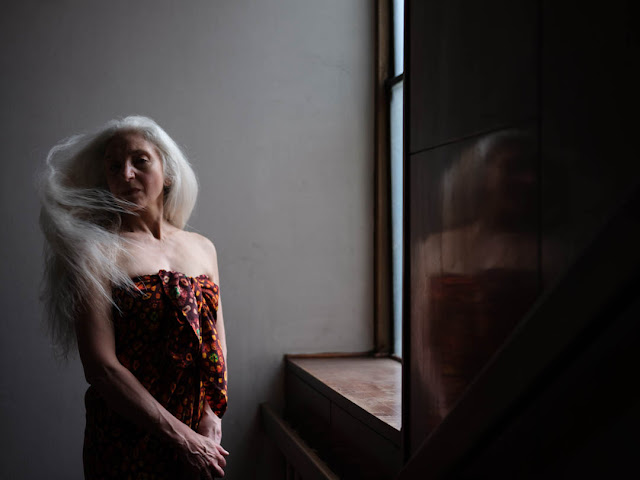 From a recent shoot with photographer Muir Vidler

I speak with my sister quite often.  Recently  she told me she was having a dress made. She sent me through What'sApp a photo and a link to the dressmaker's atelier, whom she learnt about from a friend of a friend. It is a small outfit near Turin, they even have a website and they do menswear too. Why are you having a dress made, I asked my sis, what is the occasion? None, she replied. I had this great piece of silk  and wanted to wear it. Also, to be honest, I am totally fed up with walking into shops and finding that nothing fits me properly. I wanted something that was just for me.
My sister is tall and curvy, not overweight, just curvy. But she is right about standard sizes, I am also in between sizes and I hate it when a dress I like does not fit me well.
I felt inspired.  There must be one or two  dressmakers in London too, I thought. I started a Google search and various names came up. Then by serendipity I found one tucked away in a street near my dentist's. I would have never thought of going to that particular street, my dentist is not located in a fashionable area, but I happened to be early for my appointment so I thought of going to the nearby supermarket to get a few groceries, rather than sit in the waiting room,  and there it was, this small  shop with a few manikins in the window, The London Dressmaker.   I should not call it shop, really, it is a small atelier. I have not yet checked it out properly, I saw a few people waiting in there. I found it  online and though there is no website the dressmaker, Victoria,  has a Yell entry and five star reviews. 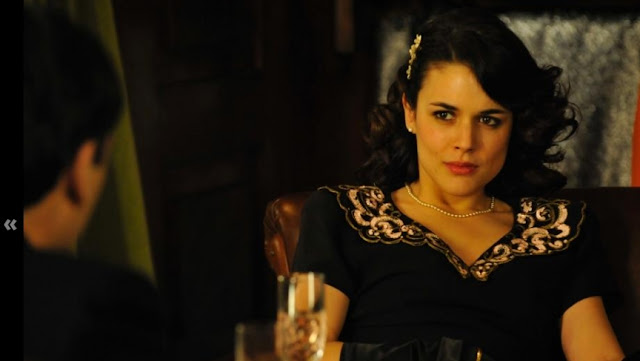 The Time in Between Seams

But my Google search alerted me to the existence of a relatively new phenomenon, sewing. Yes, sewing is back in a big way. Many women (and some men too) are taking up sewing as a hobby. It is apparently very therapeutic and there is the satisfaction of wearing something you have made yourself.  I was really intrigued to read that in Spain  the TV drama series The time in between seams ,about a beautiful seamstress turned spy,  did wonders for the sale of sewing machines, it just made thousands of women decide that dressmaking was a cool thing to do and there was a proliferation of classes and workshops.
I must say I also feel quite inspired to join the club. There are online tutorials but maybe an actual class might be better suited.
Once again one is spoilt for choice. A short course at London College of Fashion will set you back more or less £500 but there are other, perhaps less prestigious, but cheaper options. I am not planning to turn myself into a fashion designer - but you never know, I am currently a Grey model, I might launch a Grey Fashion  and then model my very own clothes!
I have a sewing machine, I just need to make better use of it. So watch this space. As soon as I complete my current writing project, I shall get started. Meanwhile I shall also dust up my knitting skills. But that's another story and another post.
Posted by Alex B. at 11:07:00 No comments: