What does timeless beauty mean? 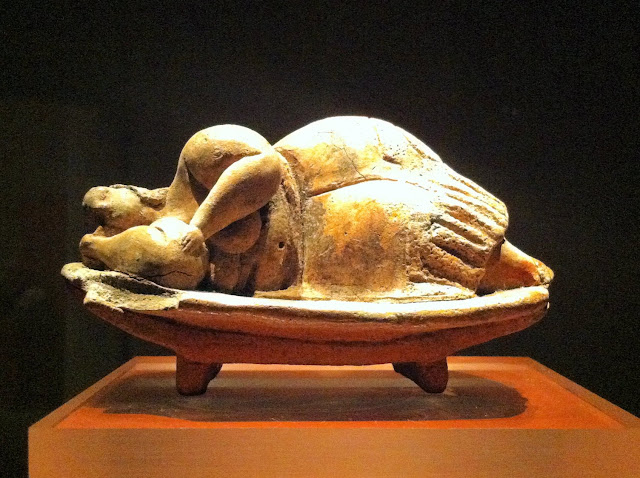 The Sleeping Lady of Malta (or Maltese Venus): neolithic beauty

I was recently interviewed for a forthcoming documentary which will be released next year. It explores beauty, looking specifically at how the world of fashion envisions it.  I can't say much more about the film, I am not allowed to.  Several other atypical models, some of whom quite well known, are also giving their views on this matter  and a number of experts  have also been interviewed.
I am really intrigued by this idea of beauty standards, which I began to engage with  when I was in Indonesia researching my  book on global fashion ( to be published by Bloomsbury Academic in 2019). I tried to put my ideas  across throughout the interview but when working with pre-set questions it is not always easy to do so. Since the interview, I have been thinking about the whole issue  in some depth, so much so that I felt I should write a blog post about it.
I am a model but also a fashion activist because I want to change perceptions of age and beauty within the industry and among people, among consumers. I would not model otherwise, it would not interest me. 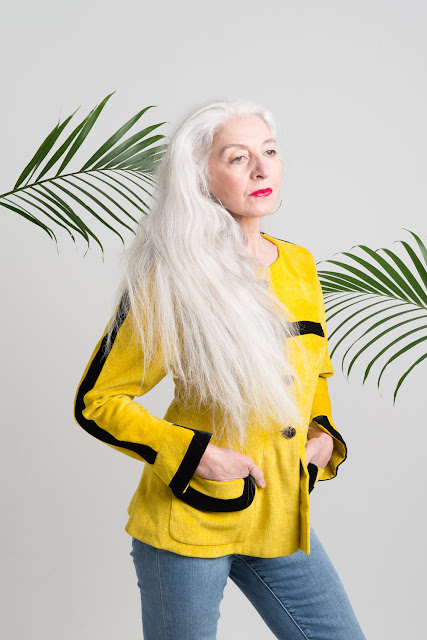 Modelling vintage for Whatalicefound
It matters to me, for example,  that my clothes should be ethically sourced. I do not believe in buying garments and throwing them away, perennially caught up in the consumeristic spiral so well highlighted in the film The True Cost. I have been known to rummage in second hand shops before it became a trend, in fact it used to be looked down upon as something for very hard up people and you would not broadcast that your clothes came from Oxfam! Now there are bloggers who discuss pre-loved clothing in a most engaging manner.

It is also true that I eschew certain brands because I am not sure about the way their clothes are made and by whom, there is exploitation of women and children when brands outsource to Asian countries and I am dead against wearing something made under conditions of modern slavery.
As a fashion activist I do wonder about perceptions of beauty, because fashion has had a major role in defining beauty standards for women and men.  Perception of beauty is changing but there is a tendency to slot people into clearcut categories. For example, older women are also diverse, different from each other,  of different ethnicities, different body shapes, yet they are defined by their age alone, which I think does not quite reflect  reality. Thus older models tend to be Caucasian ladies with grey hair (stereotyped as French chic) and brands believe that by having one of such models in their advertisements they have done their bit towards addressing the diversity issue.  One young white model, one young curvy model either Caucasian or mixed-race, one older looking Caucasian model, possibly with grey hair (unless she is a celebrity), one young Naomi Campbell look alike et le voilà,  diversity of representation is achieved by following this easy formula. Somehow this trivialises the issue. 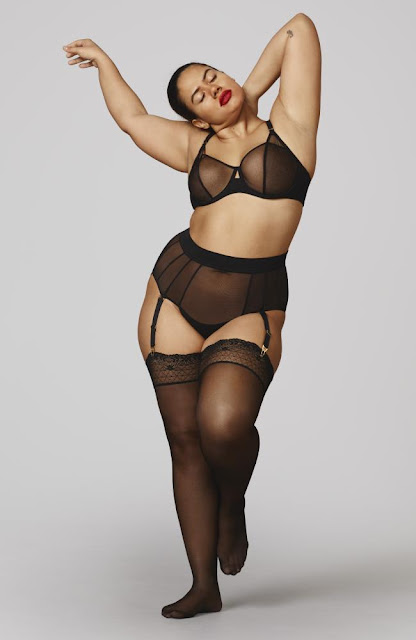 I also don’t like the fact that whenever someone is featured in a magazine and they are, say, older, or of a non –standard size they are declared to be ‘body –confident’. It’s a subtle way to further normalise the golden standard, through highlighting deviations from it. Would a slim young girl ever be described as 'body-confident'?
So when it comes to defining  beauty as timeless, the timelessness rings true to me in that beauty should not be predicated on age. However, timeless must not be conflated with universal by invoking the notion  of the 'classical' - I shall write about this conflation in another post.
Beauty is diverse by definition. It is culturally inflected and what may be beautiful here and now may not be beautiful tomorrow and in a different location. It is also true that beauty standards  change, though perhaps not fast enough. Also, beauty is not just a physical attribute, it is combined with other personal qualities, which contribute to make one person beautiful.
Beauty is a subjective, individual notion - we say that it is in the eye of the beholder -  as well as  an objective standard  constantly negotiated. 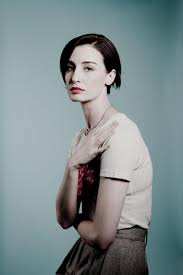 It has taken many years for people to acknowledge that not having a white skin did not spell out ugliness though there was a time when this was very much the case (and there are still racist people around who will regard non-whiteness as a sign of ugliness). In an earlier post I discussed the obsession we have with height and how this is ultimately a racist notion which has been widely promoted by fashion.   It is therefore most heartening to see some model agencies opening their doors to petite models not just for commercial work but also for fashion and runway.
Hopefully in the years to come the idea of diverse, ageless, beauty, will really take root. I am an optimist and believe it will happen.