Not quite dead: on blogging and dressmaking (again) 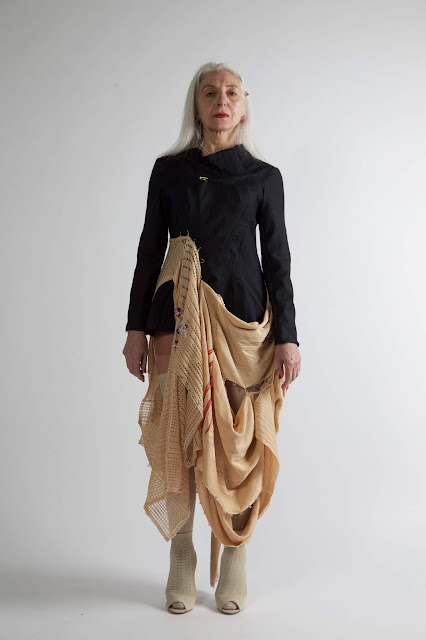 From a lookbook for CentralSaintMartin's students, Swarovski competition 2017

Let me tell you at once: my blogging has not come to an end. I thought I should make my position clear because I have been reading here and there that blogging is dead.
I started blogging eight years ago, nine if you count my guest posts on a blog that used to be written by an art model based in the US who went by the name of Unbearable Lightness.
Blogging was no longer a novelty back then and it was already in the process of being co-opted,  some bloggers had already begun the monetising process, with sponsored blogs.  I toyed with the idea of getting sponsorship,  then rejected it. I had started my blog as an art model and my early posts were littered with photos of myself as an art model. Unashamed self promotion. As my modelling developed and I branched out into different areas of modelling, being eventually signed by Grey,  my images changed too. But, mostly, I used my blog as a kind of 'public' journal and I continue to do so. I was never great on comment response and after a while the interactive quality of the blog died out. Some people do read it with 1,202663 since it began, the blog is listed on Bloglovin and I have a handful of followers.  It is also linked to my website.
I have to admit that I have considered  stopping, in the past couple of months,  I was so busy with a writing project I had little time to blog. But something tells me there is no need to stop, I am not harming anyone by blogging and doing it gives me focus and helps me to get a few ideas together for other kinds of writing. I look forward to my first ten years of blogging, it will be something to celebrate, a chunk of my life online! Much blogging has now been  superseded by Instagram. I do post on Instagram but it does not feel as good as blogging...
Anyway.
The last month has been weird. I did a short spell as a juror and was glad to see the back of it. Then I managed to complete my book on contemporary fashion in Indonesia, now with the publisher and series editor - I eagerly await their feedback. It will be out in 2020, perhaps slightly earlier - I am not quite sure, I have managed to complete it ahead of schedule. 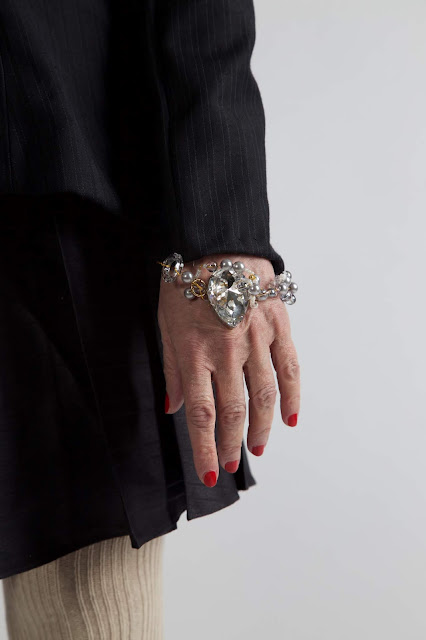 Now I find myself in a strange place. I can't really say my book project is over because I will need to rework it  as soon as I receive the typescript back, with comments. But I am not working flat out on it as I was earlier. I had a routine of waking up at 5.30 am and being at my computer by 6.30.  Now I still  get up that early and then I feel a little lost. What I most regret was that while we were having a most amazing summer I was cooped up indoors, all windows open, a fan on,  just typing away. But I am having a short holiday, at the end of the month, just a few days in Ibiza, I need to be on a beach, whereas from tomorrow I will be doing all sorts of touristy things in London as my sister and brother in law are visiting. The absurd incompetence of the people that issue the London Pass is something that deserves a post of its own! After various email exchanges, scanned proof of this and  that,  we hope to resolve the problem in person at the Leicester Square office. I almost felt tempted to cancel the purchase but it does provide considerable savings, so I shall count to ten, take a deep breath and deal with the London Pass people  in person, armed with statement, card, passport and anything else they need to verify ID. 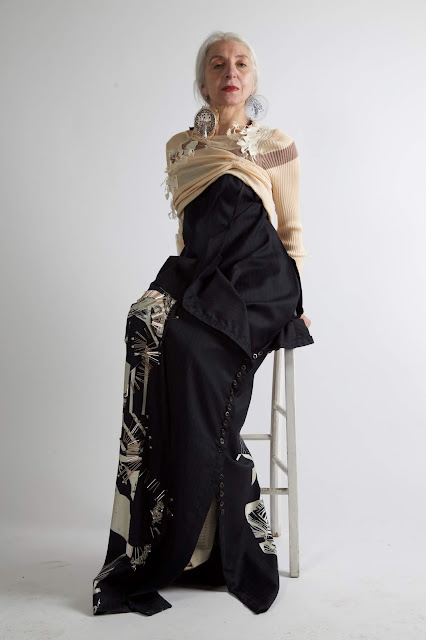 I am taking up dressmaking and have begun to practise - I said i would a little while ago. I have made myself the solemn promise  that within a couple of years I will no longer buy new clothes, I will wear the ones I make myself.  Before getting started on the sewing machine I am going to learn hand stitching properly. I have begun with alterations and repairs and have found old clothes tucked away in a suitcase which I did not remember having at all.  Some are quite nice. What was I thinking? Why did I hide them?  A few will be good once reshaped. Over the next few days I shall be also be visiting charity shops to pick up fabrics and old dresses I can play around with.
Inevitably this blog will discuss my adventures in dressmaking. I can't wait to show off my achievements (and share my failures). There are many blogs out there with plenty of tips on how to get started. I particularly like Sew Seamless by Elena Cresci.
Here's to a new beginning. Watch this space, in a couple of years I might launch my very own collection.
Posted by Alex B. at 08:40:00 No comments:

Jury service in the 21st century 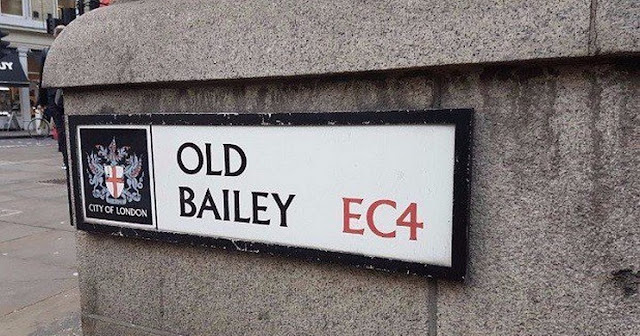 I have completed my jury service and I have to say I am immensely happy about the way it has ended. I was not even called upon to give a verdict. On what would have been the second day of deliberation, the trial was dismissed by the judge as apparently new evidence had emerged. There will be a new trial and thus all jurors were discharged even before their two obligatory weeks of service - ten working days -  were over.
I am glad at this turn of events not merely because I am back to my normal life, as far away as possible from courts - I was never drawn to the legal profession, unlike other members of my family, and the court environment definitely does not appeal to me at all.  I am glad because I have serious reservations about the jury trial system and felt very uncomfortable being involved.
I had never served as a juror before and was never implicated  myself in a criminal case, thus I never really gave much thought to the jury system as a whole, until I was summoned, that is. I was not keen on doing it but I reckoned I should get it out of the way and so while everyone else was enjoying the amazing summer we are having, going to parks, perhaps swimming and soaking up the sun, there I was cooped up in a court room which mercifully was air conditioned - I also noticed that because of the heat, judge and barristers dispensed with their wigs. I did not serve at the Old Bailey and that was already a good thing, the trial  could have lasted weeks, the Old Bailey is famous for trying the most notorious criminals!
I have now had enough experience of jury service to be able to say that as it is in place  in the UK, and in this day and age, it is totally unnecessary, a remnant of the past which should be reformed, if not abolished altogether.
Jurors, believe it or not, are not given any training whatsoever, apart from being shown a video and being constantly told that they must not research the case when sitting on a trial and whatever they hear , as also their deliberations, is secret.  They are asked to use their common sense when reaching their decision but they do not have to give reasons for it, which is frankly absurd.
Trials with jury are very expensive and cost taxpayers a huge amount of money because they are held at Crown Courts, not the cheapest of courts.  But  jurors do not get paid, which is really bad, especially for self employed people. It is an important point because when you think about the amount of money the legal teams  involved in a trial and all the other legal personnel are paid, it seems greatly unfair that jurors should receive no compensation, especially since jurors are the people entrusted to  give the verdict (I am also not very keen on the legal aid system as it is either, a lot of taxpayers money is being wasted on it, but I shall discuss this in another post).
Unbelievably, jurors are not required to have any educational qualification, so you often find jury panels with lovely people who are however not very articulate and frankly unable to grasp not just the legal arguments , which are very complex and which the judge always patiently explains in plain English when summing up, but also what it is that they are called upon to do as jurors. People that rather than look at the evidence start speculating about circumstances which are irrelevant. Or people who insist on asking the judge all sorts of questions which by their nature reveal their poor grasp of the matter at hand as in the now (in)famous Vicky Price case.  Or people that do not quite understand that defence counsels are paid to do their job and discuss a defence strategy with their client - they are there to get an acquittal, just as the Prosecution is there to get a conviction.
Defendants and witnesses lie, being under oath is no guarantee. Or they may recall events differently. You have to be able to follow the cross-examining attentively  and need to sift through the evidence very carefully  or you might miss vital clues. So it might help jurors to have access to recordings of the trial while deliberating to review important statements as they were given.
My main contention is that jurors should be properly trained, the way magistrates are. It should be a voluntary position, not a duty, jurors should apply to do jury service, rather than being summoned at random from the electoral register and a legal professional, such as a judge, should sit with the jury and help the jury reach their verdict as they indeed do in other countries, such as France and Italy. Reasons should be given for the verdict, it totally beats me that this is not a requirement, because frankly the way things are we might as well draw lots.
I am including here a video of Professor John Spencer in which he discusses why juries should be reformed, at the very least.


I would like to insert here one of the comments left under that video, it truly resonates...(typos in the original have been corrected)
"Everything that this man has said is so true.... in the United States as well. Unfortunately, many people don't see this because they rarely have the opportunity to experience the justice system first hand. I've tried over 300 criminal jury trials, and with every additional trial that I have in front of a jury, I become more and more convinced that the jury system is fatally flawed (for many of the reasons stated in this video). I recently tried a case involving the amazing work of a police dog. I am convinced beyond any doubt whatsoever that the police dog was more intelligent than any of the 12 jurors individually, and it is more likely than not that the dog's intelligent quotient was higher than the  sum of all 12 jurors combined. I challenge anyone to go to your local Walmart at midnight and pick 12 people at random. That is typically the quality of any given jury which one will see in the vast majority of criminal jury trials"