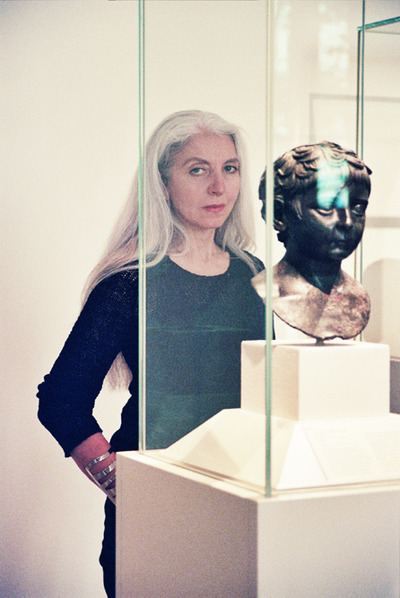 I am playing the role of cult leader of a fringe religious sect in a short play by John Casey, on at The Wayward Gallery, Bethnal Green, on 31st October - Halloween night! Doors open from 7.30 pm. It all happened quite fast, I originally applied to audition for a different role but the director thought I'd be right as cult leader, so I agreed to do it. I could tell you about my anxiety about learning lines and all that, but this is not so important in the larger scheme of things. What I am really concerned with is how to portray a cult leader without indulging in histrionics. This begs the question: who is a cult leader? How do people become cult leaders? what are the qualities exhibited by a cult leader?
"My" cult leader is scholarly. When describing her, John said "The character is a very spiritual academic so to some degree has transcended gender, I'd imagine her very controlled and serious, though also passionate about her research and spiritual endeavours, a comparable person from recent history might be Marlene Dobkin De Rios ".  He then added: "Dr V. (the character) was originally a research psychopharmacist for a major corporation, but founded the cult in the 1960s after the mythical alchemist, Hermes Trimagus, visited her in a dream and revealed to her the formula for Nigredo, the primal essence of the universe. She left her mainstream work and started a radical therapy group to treat certain supposedly incurable mental patients with Nigredo and other alchemic elixirs, from these medical/therapeutic origins, the cult formed as the various members of the group became spiritually attached by their experiences. Niam (another character, a priestess) is the Dr's star patient as she can become One with the symbolic deity Nyx (who is significant in a semi-mystical psychoanalytical process for accepting the vast coldness of the void and the inevitable destruction of the universe, and exalting in it with laughter and a sense of spiritual affirmation)." 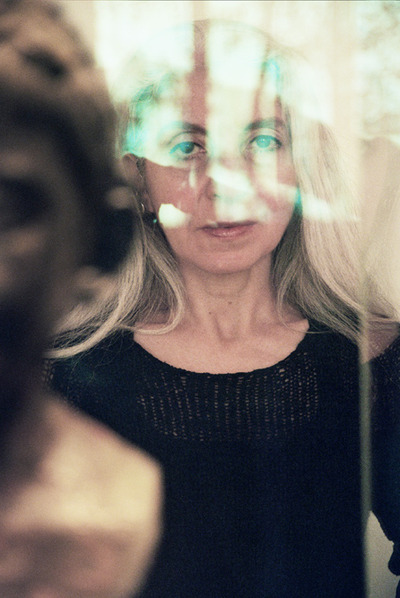 This is quite a brief, Dr V. still eludes me, all that Dr V. and myself have in common for now is a mane of long white hair and an inquisitive mind.
Two films about cult leaders, quite different, spring to mind:  The Master (2012) loosely based on  Hubbard, the founder of Scientology, and Sound of My Voice (2012), about a mysterious woman claiming to be from the future and gathering followers around her through her charisma and seductiveness.
From my reading, the power of seduction seems to be an important and essential quality of cult leaders.  Cults, especially modern day ones, seem to be  based around their personality and they need to be able to fascinate you, intrigue you, stimulate you, for you to be willing to suspend your disbelief and follow them wherever they take you. It is not the case that only troubled people and people with poor judgment may get involved in cults, it could really happen to anyone. As John Stacey writes, no one joins a cult, cult members are recruited. It follows that the effectiveness of recruitment techniques is what makes a cult.
Some research on the topic led me to a 1993  article by James T. Richardson in the Review of Religious Research in which he sheds some light on the sociological meaning of the term. 'Cult' has negative associations today, but in the past it was a more neutral term, denoting developments within religious and spiritual traditions. However, one cannot deny the tendency to associate cultic developments to messianic messages and to specific personalities.  In ancient Greece the cult of Dionysus, God of wine and sensual pleasures, was prominent, later exported to Rome and becoming the cult of Bacchus, with the word bacchanalia becoming associated with it (i.e celebrations of Bacchus, lasting several days and involving excesses of all kinds. Interestingly,  the early bacchanalia were celebrated in secret in the grove of Simila by women only). They were not personality led, but clearly there were cult leaders, members of the serving sacerdotal class that led these events and who were  endowed with the  power to 'commune' with the deity and receive the deity's  theophany.
All this makes interesting background to my character. I am still working on her...

Since my return from New York I have been really busy, and I find I dont have much time to write. I am taking part in a production called 'The Sanctuary' by John Casey, to be performed on 31st October, featuring an installation and a short play and once again I am busy with rehearsals. Plus it's that time of the year when I feel somewhat lethargic. It's raining and  days are getting shorter... 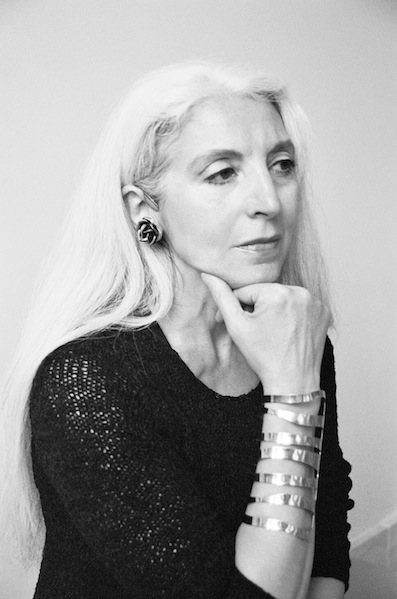 I have received quite a few photos from my recent shoots in New York.
So this post is about showcasing them.
First there are those taken by Ama at the Met - see my earlier post. They are all on film, some taken with a M/F camera, others with a 35 mm. 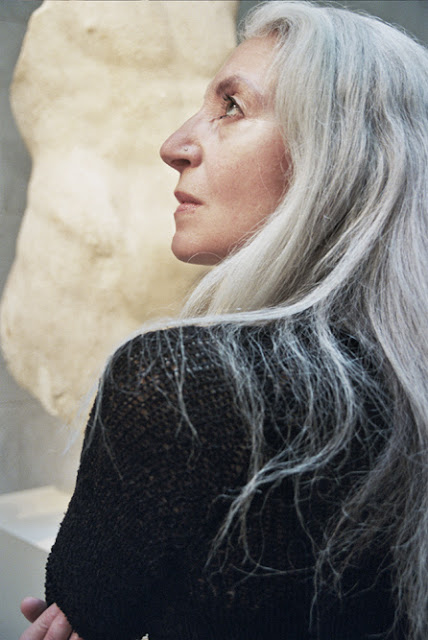 Then there are those taken by Paul Ward. Very different in style, but for me it was wonderful to work with both artists. 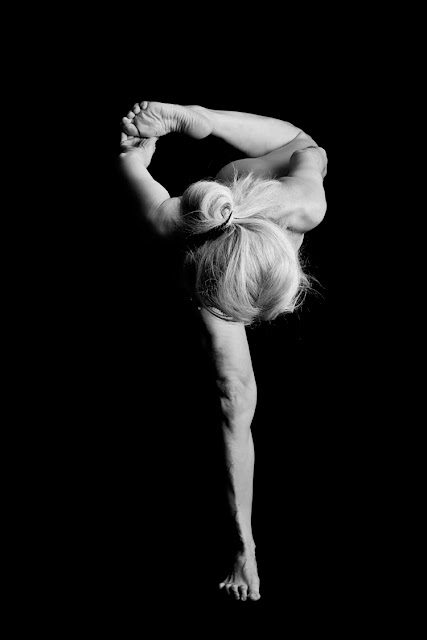 Once I get a little more settled I will write longer posts. 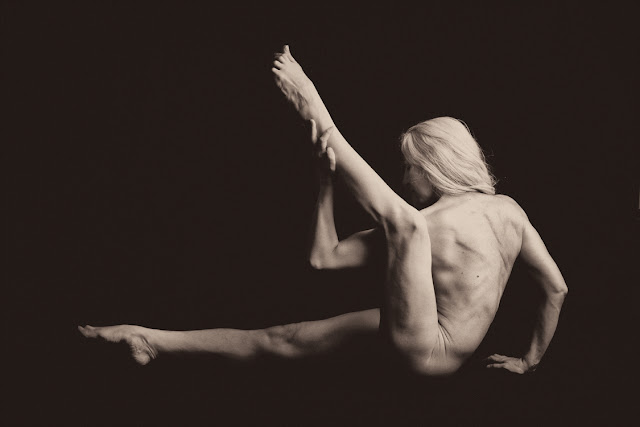 (All photos modelled by Alex B) 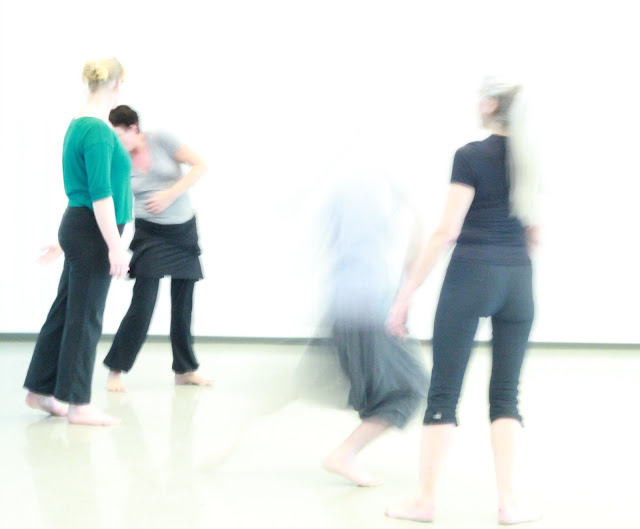 Acting confidently and courteously allows you to get away with more or less everything.
I have been away for the past week, in New York to be precise. I first attended a conference at the lovely Siena College in Albany. It was a gathering of people whose work has been informed or inspired by the theory of Bulgarian-French literary critic, psychoanalyst and novelist Julia Kristeva.
Then I had a day and a half  in NYC and am getting ready to fly back home tonight. While in NYC I arranged two photoshoots . The one I did yesterday was quite eventful.
I teamed up with Romanian artist and photographer Ama Saru. She came to pick me up at Penn where my train from Albany arrived. We sat in Starbucks planning the shoot - she had a couple of dresses she wanted me to wear, I had brought some stuff too and had a heavy suitcase. Ama had two cameras, including a heavy MF Pentax. 'Lets go to the Met' she said. 'I have done shoots there before, the light is just perfect on a sunny day like this" It was a great sunny afternoon. So off we went and of course we could not find a single cab that would take us, so we had to carry our heavy bags on the subway and then a bus.

We got to the Met and we were flatly told we could not get in as checked luggage is not allowed. Oh my God, what shall we do? We went to Central Park and sat despondently on a bench. I was going to stay in Brooklyn but could not get there before evening, and I could not leave my precious suitcase unattended.
Then I had this idea. "Lets go to the nearest hotel, it's worth asking if they can look after my case" "There's only the Carlyle" said Ama. Oh, the Carlyle. Look it up. It is definitely well beyond my means.
At that point there was little choice. "Let's try". I took a deep breath in and went up to the concierge. "I am leaving New York tonight" I said "and I desperately want to see the Met. No cases are allowed in  the museum, can I please leave my suitcase here?". "Of course Madam" came the reply. He clearly thought I was a resident of the hotel, just checked out. He took my case and my heavy coat and handed me a tag. It was that easy.
So we got back to the Met. I changed in one of the restrooms, did my own make up and wore the beautiful jewellery Ama had brought. We did the shoot and noone bothered with us, some people stopped and watched but we were not asked to leave at any point.

At the end of the shoot we went back to the Carlyle. I took my bag and tipped the man that brought it to me, as one would normally do,  then I said, loudly enough to be heard, to Ama "I dont really want to wear this outfit, let me change into something more practical. Let's go to the restroom by the coffee shop then we can have coffee there before leaving". So we did . Noone stopped us, it all seemed so perfectly normal.
Later when we were out and having coffee and cake at another cafe, where we were not going to be charged a hundred dollar per cup or similar, we laughed at the whole episode.
Was it luck? A bit of luck was involved, definitely. But most of all we both acted naturally and effortlessly and I think this is what helped us to get away with it.
So next time I am in NYC I will definitely go and stay at the Carlyle. I just have to find a sponsor.

(Photos modelled by Alex B) 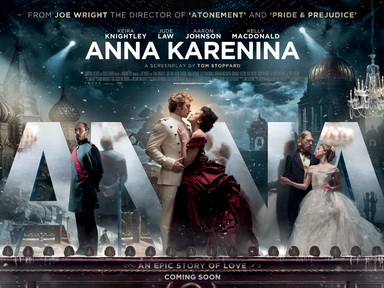 I went to see Anna Karenina, the newest cinematic adaptation of the literary masterpiece by Lev Tolstoy, with Keira Knightley as Anna. I have read the book several times: as a teenager first, though I confess I did not understand it so well back then, and then again a few more times in later years. I also saw the movie with the great Greta Garbo as Anna and I remember sobbing non-stop during the film and afterwards, every time I remembered the tragic scene of Anna's suicide.
This film is absolutely stunning, it was a stroke of genius to set it in a theatre - how ironic, considering that Tolstoy thought, in a Platonic fashion, that the Theatre was bad. Beautiful costumes, beautiful music, beautiful choreography (by Sibi Ladbi Cherkaoui) beautiful photography: the film is stylised in the extreme. Tom Stoppard managed to cull out of the thousand pages novel all the most significant moments, Joe Wright's direction is superb. Jude Law as Karenin gives an outstanding performance, Vronsky as a character is a bit flat, Keira Knightley manages to bring out some intensity, despite her irritating mannerisms. I loved Kitty and Levin and the scene in which a newly married, virginal  Kitty, without a thought for the strict conventions of society, nurses Levin's very ill brother together with his outcast common law wife. It's a scene almost straight out of Caravaggio's Deposition from the cross, with the two women washing the dying man's naked body to the sound of a very haunting melody.
If there is a problem with this film it's that it is so beautifully crafted and so stylised that somehow it takes away the intense emotion. I could not cry for Anna, instead I found myself looking at the folds of  her beautiful red silk dress as she jumped under the train: everything in that scene was beautifully composed, the view of the train, the smoke, the red silk contrasting against the blackness of the huge wheels. There dies Anna, I thought, and her despair, in all that beauty, seemed very unreal, I felt quite detached from it.

The passion and raw emotion of the black and white 1930s - 1940s versions was not there - Vivien Leigh was another unforgettable Anna in the 1948 adaptation. But those films were about Anna, everything and everyone else was secondary. This film is more true to the complexity of Tolstoy's novel, it does give a sense of what he was writing about - Anna is an important character but the novel is not about her, it is about his disenchantement with the values of Russian society of his time and his exploration of love in all its facets.
But the film for me raises an important question about art and aesthetics: does excessive beauty kill emotion?