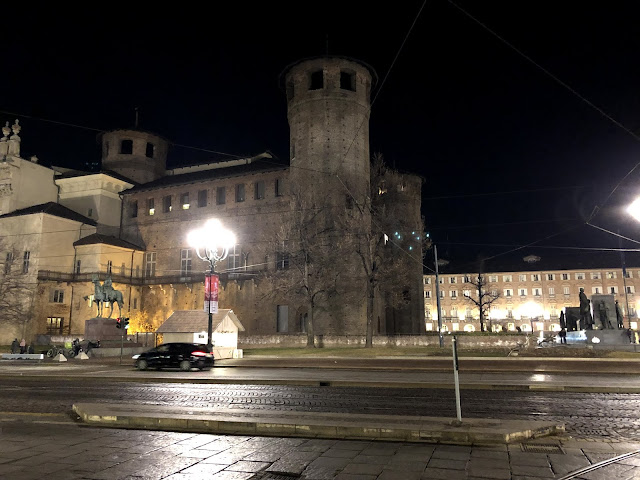 Piazza Castello, where one of the 'alchemical caves' is supposed to be hidden underground

It's the middle of January 2019  - well, almost - and this is my first post of 2019. Time flies. This blog has been going since 2010 and I think I shall continue writing, it's become an important part of my life.
Having spent the Christmas break basically cooped up at home I  travelled soon after the new year. I just needed a break.  I had quite a few mishaps on this trip  from rude airport security staff to outrageous airline behaviour but will not bore you with the details. Let me tell you instead about a new discovery, magical Turin. 'Magical' as in being the seat of white and black magic.
Turin is my second home. My mother is from that area and lived there in the last years of her life. My sister still lives near Turin with her family so I visit relatively often. We are very different, my sister and I, but in the mysterious way in which siblings sometimes manage to forge a bond despite their difference(s)  - not always, I hasten to add, I have other brothers and sisters I am glad I have not seen in decades and do not particularly wish to see again -  we get on and enjoy spending some time together. 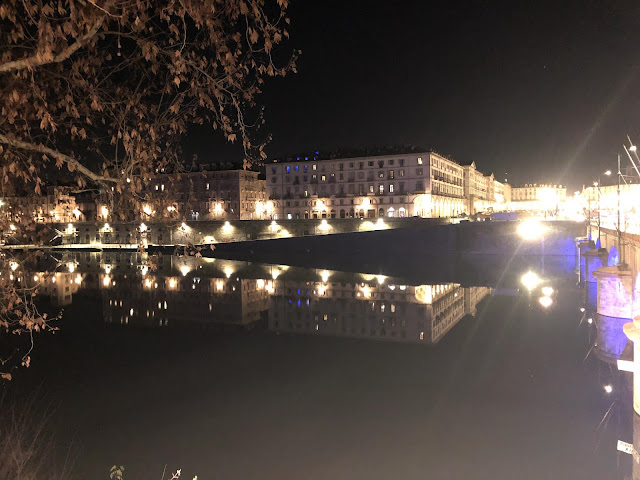 Along the Po river

When I got there  my sister suggested a tour of magical Turin as something to do, slightly off the beaten track, which she had meant to do for a while. I was game. Unfortunately all the tours were booked up but, undeterred , we got hold of a book by Enrico Bassignana and began  our own tour, following Bassignana's recommendations. There is also a great blog entry here about the myths and legends of Turin and I would recommend it.
Indeed ,Turin is an ancient city and it is said to have been founded by the ancient Egyptians - a rather fanciful origin myth but one that has endured. It was told as part of an ancient history  of the city created specially for the Savoia royal family, who ruled Piedmont  and then became the rulers of Italy in 1861. Turin is also the seat of the famous Shroud, which I have never managed to see, queues are monstruous.
It is said that there are three underground alchemical caves in Turin, though they have never been found. The city  is located at one of the vertices of an imaginary magical triangle together with London  - some say Paris - and San Francisco. Intriguing, no? 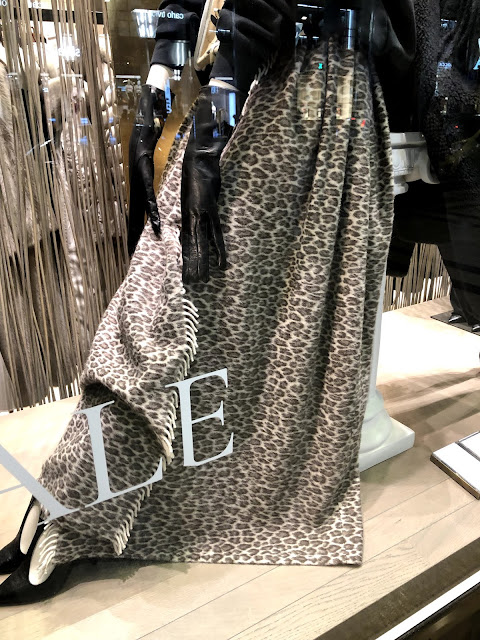 Sales in Via Roma, Max Mara boutique. Love this woollen maxi-skirt and am planning to make my own version of it

I did not complete the tour of magical Turin. My sister and I went to Piazza Castello, which is a magical place with one of the alchemical caves said to be under it. We were then lured by the boutiques of Via Roma, as the sales were going on.  Turing is an elegant city and it's just wonderful to walk under the 'portici' and do some window shopping. I detest malls and try not to go there unless I have to, but walking around Turin 'guardando le vetrine' (Italian for 'window-shopping' )is a delightful experience, especially when you stop at some old café like Caffé Torino and have some delicious, thick, hot chocolate.
Meanwhile now that I am back I am  considering doing a tour of magical London. There is, it seems, plenty to see. although the focus of these tours is on magic as 'illusionism'. Still interesting, though.