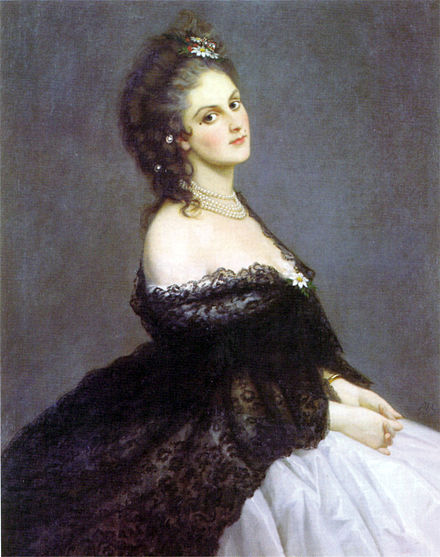 The Countess of Castiglione has always intrigued me.  Her decision to ban and /or cover with a black cloth all mirrors in her home in order not to see herself grow old, having been feted as one of the most beautiful women of the 19th century, always struck me as rather peculiar. She died at age 62, which was old in those days, in Paris, where she had established herself permanently after scandalously leaving her husband. She is buried at Père Lachaise cemetery.
Mostly remembered for being, albeit briefly,  the mistress of Napoleon III, she was dismissed as a vain, capricious, but stunning woman of the 19th century. She was apparently encouraged to be close to the Emperor by her cousin and statesman, the Count of Cavour, who wanted an alliance with Napoleon to further his project of unifying Italy under Vittorio Emanuele,  the Savoia king of Piedmont.  It seems that the Countess often undertook, for Cavour,  to approach influential people, to ensure political gains, using her seductive arts: a Mata Hari, in other words.
Sadly, the Countess for a long time did not receive the attention and respect she deserved as one of the first photographic models and muses. She often directed her photographers to create portraits of herself that firmly situate her as one of the very first artists of the nascent medium of photography. Recognition came rather late after she had been long dead and buried.
Virginia Oldoini had a highly developed aesthetic sense and understood the potential of photography to make high-quality portraiture. Had she lived in our times, she would have probably been active in self-portraiture, and she would have definitely been a model, as she knew instantly how to pose.
She was very comfortable in her own skin, and on various occasions, she revealed that she found herself beautiful. It did not go down very well with her contemporaries, who thought she was immodest and continually bragging about her appearance. Today she would probably be an ambassador for body acceptance, even though many people continue to believe, to this day,  she was most vain. 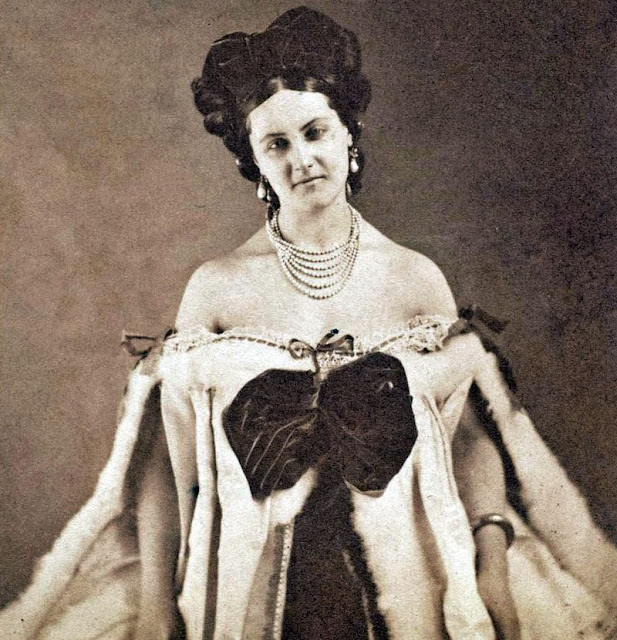 Translation:
"I am who I am and am proud of it; I seek nothing from other women and for other women [who criticize me]. I am more worthy than they are.  I admit I may not always come across as kind, given my proud, free, and straightforward disposition, which at times makes me seem sharp and cold-hearted. Thus some find me detestable, but it does not bother me; I do not care about pleasing everyone".  Words I could have uttered myself!
The Countess has been rediscovered in more recent times, see, for example, Rosalind Jana's appraisal for Vice (2016) and the book by Nicole G. Albert (in French) of 2011 La Castiglione which discusses her as muse de la melancolie.
Not much has however been written about her role in the Italian Risorgimento, people seem to have been swayed by her negative image and tend to underestimate her contribution. Writing for the Enciclopedia delle Donne,  Virginia Lalli says:
"Gli storici negano qualunque influenza della Contessa di Castiglione nelle questioni dell’indipendenza italiana. Mancano infatti protocolli, carte, documenti, che non si sono mai trovati. Subito dopo la sua morte polizia, autorità e servizi segreti bruciarono tutte le lettere e i documenti a lei inviati dalle massime personalità del tempo con le quali era entrata in contatto, re, politici e banchieri."
Translation:
"Historians deny any influence of the Countess of Castiglione on Italian independence. In fact, there are no existing protocols, papers, documents, they have never been found. Immediately after her death, police, authorities, and secret services burned all the letters and documents sent to her by the great personages of her time with whom she had come in contact, kings, politicians, and bankers." 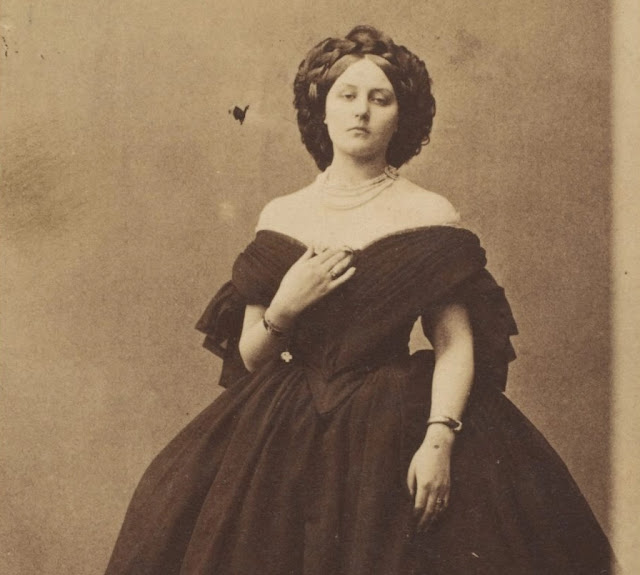 It is sad that the Countess should have received such bad press and that her commitment to the Risorgimento should have been doubted. At least her role as an artist and performer - for performing is what she did in front of the camera - is now being acknowledged in what Albert calls 'the apotheosis of the ephemeral'.